Stephen King used to be a  high school English teacher. I just learned this little fact today. I must have been living under a rock all this time, because I guess it’s pretty common knowledge. I was never really what you would call a good student. Not horrible, but let’s just say I was happy when I got a C, thrilled when I got a B, and I would announce to everyone who would listen when I got an A. That last one didn’t happen too often. I am pretty darn sure that if I had Stephen King as an English teacher in high school I would have been scared out of my mind to go to class. I would also have been extremely afraid to disappointment him and would have definitely gotten my work in on time and gotten better test scores. All out of fear. Hmm… that might just have worked on me. 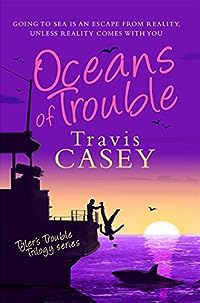 Going to sea is an escape from reality, unless reality comes with you.

Exotic ports, alluring women, and experiencing adventures on the other side of the world sounds ideal. After a drunken bet goes wrong, Tyler Chambers boards his US Navy frigate and looks forward to leaving the pressures of the real world behind and slip into a cocoon of escapism. In and out of port in a few days is the perfect way to avoid responsibility. He is happy to live his life as a stereotypical sailor and look for a girl in every port with hysterical consequences.

What he doesn’t count on is a psychotic shipmate trying to kill him. Or his commanding officer out to lock him up for an illicit affair. Letters coming to and leaving the ship hold key evidence against Tyler, proof he must keep out of the Captain’s hands at all costs. Will Tyler be able to find an ally who can keep him out of trouble? Or will he crash and burn at the hands of sinister shipmates?

Danger lurks in every port and his time at sea is a fight for survival. There is no escape when sailing in Oceans of Trouble.

She came for his soul. He gave her his body and his love instead.

Arla’s never had trouble following the first rule of reaping – Don’t let things get personal – until she meets the last person on earth she’d expect to twist her panties in a bunch.

Axel Lacroix is a lot of things — none of them approved by the Office of Magical Affairs, but he could care less. He’s easy on the eyes, irresistible, and loves causing a little ruckus now and then. When his meddling threatens to upset the very balance of the natural and supernatural world alike however, Arla’s tasked with carrying out a more permanent solution.

Heading off to deliver Axel’s final sentence, Arla couldn’t be happier to rid New Orleans of the constant troubles he’s caused for good. Her plan seemed foolproof enough, but little does she know how her spell’s unintended consequences, would ignite desires she never even knew she had…

Will Arla prevent a supernatural war from erupting and keep a broken heart at bay, or will their undeniable attraction spell disaster for them?

Reaper’s Mark, is a steamy Paranormal Romance with a HEA. It features a strong heroine in her forties who inadvertently falls in love when she’s not looking. Filled with a mix of real and mythical references to magical city of New Orleans, lovers of the Crescent City are guaranteed to be delighted. 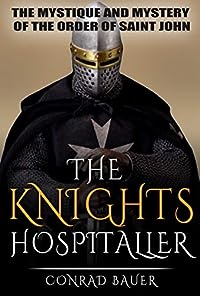 The Knights Hospitaller: The Mystique and Mystery of the Order of Saint John (History of the Knights and the Crusades Book 6)
by Conrad Bauer

Get to know the Knights Hospitaller, lesser known than the Knights Templar, the Hospitaller were nevertheless heroic and among the bravest of all the knights orders that fought for their faith during the Crusades. And they still stand strong to this day, helping those in need.

Many of us have grown up with tales of knights in shining armor who arrived just at the nick of time to save the day, of selfless warriors who would give their own lives in the service of others. For most of us, these are just tales from someone’s fanciful imagination. But the truth is, there was indeed an order of selfless knights who would ride to the rescue of the weak and routinely face down insurmountable odds. They were called the Knights Hospitaller.

Here we will examine the world’s most prolific military order, which began its life out of a hospital in the Middle East at the time of the Crusades. The Hospitallers were brave and more than willing to extend their hospitality to those who needed it most. They were also quite mysterious. There is still much about the Hospitallers that remains unknown and surrounded in intrigue. This book takes a look at the long history of the Hospitallers and the mystique and mystery that surrounds them. 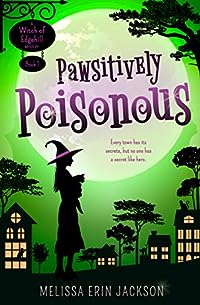 First book in a completed series of five lighthearted, fast-paced, and twisty mysteries!

Every town has its secrets, but no one has a secret like hers.

Amber Blackwood, lifelong resident of Edgehill, Oregon, has earned a reputation for being a semi-reclusive odd duck. Her store, The Quirky Whisker, is full of curiosities, from extremely potent sleepy teas and ever-burning candles to kids’ toys that seem to run endlessly without the aid of batteries. The people of Edgehill think of the Quirky Whisker as an integral part of their feline-obsessed town, but most give Amber herself a wide berth. Amber prefers it that way; it keeps her secret safe. But that secret is thrown into jeopardy when Amber’s friend Melanie is found dead, a vial of headache tonic from Amber’s store clutched in her hand.

Edgehill’s newest police chief has had it out for Amber since he arrived three years before. He can’t possibly know she’s a witch, but his suspicions about her odd store and even odder behavior have shot her to the top of his suspect list. When the Edgehill rumor mill finds out Melanie was poisoned, it’s not only the police chief who looks at Amber differently. Determined to both find justice for her friend and to clear her own name, Amber must use her unique gifts to help track down Melanie’s real killer. A quest that threatens much more than her secret… 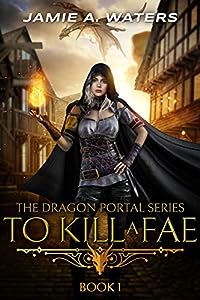 To Kill a Fae (The Dragon Portal Book 1)
by Jamie A. Waters

Marked for death, Sabine escaped from her home more than ten years ago.

But the Wild Hunt will never give up.

It should have been easy to stay hidden. All Sabine had to do was keep her head down, avoid telling anyone about her past, and above all else — not let her glamour drop.

When a charismatic stranger arrives in the city, Sabine finds herself unwittingly drawn to the power she can sense hidden within him. Keeping her distance is nearly impossible, especially after a life debt is called due and she’s tasked into helping steal a rare artifact.

Sabine is the only one who can break the magical barriers protecting the item, but that means revealing the truth about her identity and exposing her darkest secrets.

Unfortunately, the Fae aren’t the only ones hunting her.

And the most dangerous monsters aren’t always confined to the dark. 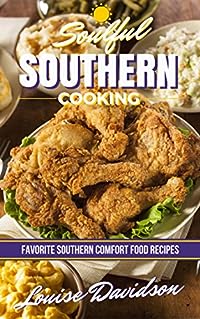 Throughout the world, the Southern cuisine is known for its rich, tangy, comforting and soulful flavors. Find inside a collection of the best recipes from the Southern states. Download FREE with Kindle Unlimited!
Each Southern cuisine recipe represents home cooking; each dish shares the traditions and hospitality of the South. Within each page, you will find a different Southern classic, starting from the basic appetizers and ending with delicious deserts, this recipe book is all that you need to master Southern cuisine. From fried chicken to macaroni and cheese, the southern U.S. is home to some of the most unique foods and has a wide variety of flavors to offer. American Southern food has become integrated with the cultural identity of the South. Whether it is deep fried chicken or barbecued pork, American Southern food is extremely hard to resist. Inside find:

• Delicious appetizer recipes like the Coconut Shrimp or the Southern Pimento Cheese.

• Comforting main entrées like the Jambalaya, Grandma’s Famous Fried Chicken or the Chicken and Dumplings.

• Irresistible sides like the Fried Green Tomatoes or the Fresh Corn Cakes.

• Heavenly desserts that Grandma used to make like the Strawberry Shortcake or the Key Lime Pie.

Hop aboard the journey where we explore some of the best southern food flavors. Without any further wait, let’s get started.