Tonight the baby bassets think they are going to play video games and relax. BOOO. I don’t think they remember that they promised me a night of Disney and Holiday Movies. A little bit of Hawkeye and Hallmark to make my holiday spirit bright. HA.

A Rebellious Princess. A Divided Kingdom. A Rotten Family.

Princess Ajaniame is set to marry the most eligible bachelor in Atlantis, the biggest event the kingdom has seen in decades. A dream come true for every female, but a dreaded nightmare for a princess who just wants to be left alone. Freedom is her most prized possession. Yet within her heart is a longing for something, a desire that cannot be named but must remain buried in the depths of her soul. Surrounded by a rotten family and secret enemies on all sides, whom can she trust? How can she save herself and bring peace to the Northern Kingdom, the last stronghold of Poseidon. 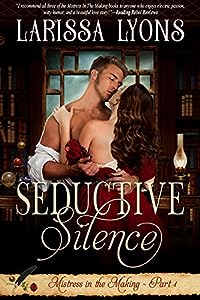 For Jane Austen fans who always wished her fun and witty books had more heat.

Pestered by a persistent stammer, a regency lord with a keen interest in orreries and boxing — but not in talking — must find a way to woo his new mistress without words. He just hopes she can hear what’s in his heart.

Recently widowed and increasingly poor, Thea’s been reduced to sharing her rented room with rodents and arguing over every morsel (the mice usually win). When a friend suggests an alliance of the most intimate sort, Thea’s reluctantly intrigued. But given her lackluster marriage, she doubts her ability to entice an experienced man. The considerate, if quiet, Lord Tremayne attracts her mightily, so she sets aside her misgivings. That is, until Thea realizes she’s about to break the cardinal rule of mistressing — that of falling for her new protector.

Seductive Silence is Book 1 of 3 in the Mistress in the Making series: A heartfelt, emotionally satisfying tale told in three parts: Seductive Silence, Lusty Letters, and Daring Declarations. 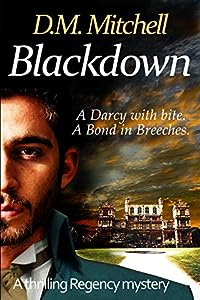 Set in Regency England following the end of the Napoleonic wars, ‘Blackdown’ is D. M. Mitchell at his creative best, crafting a thoroughly researched, believable world of strange, larger-than-life characters, with his trademark intricate plotting and surprise ending, it is a novel that is a rollicking good thriller, horror and adventure story rolled into one.

And in Thomas Blackdown, Mitchell has given us a hero like no other before – a Darcy with bite, a Bond in breeches…

The Moon Came Down (Sci-fi Horror)
by William Cook

They came from above… A Science-Fiction story with horror overtones from the author who brought you Blood Related and Dreams of Thanatos.

A young boy has a horrifying extraterrestrial encounter after a strange object lands on the family’s farm-house. What emerges from the unusual object are the things of nightmares. As he struggles against the strange creatures that have invaded his home, the young boy realizes that fear comes from both the unknown and the more familiar. 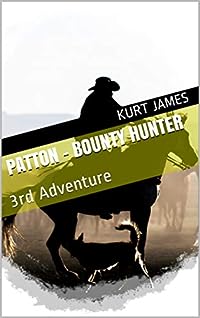 Wild Wind eyes wetted as he spoke, “My mother… She is beautiful, softened, but she can be hard and brave. When it is just the two of us she smiles a lot. And I always wondered if my smile was as big as hers. Maybe as big I think, but not as beautiful. At night she holds me and sings songs of our ancestors until I fall asleep. Sometimes in the quiet moments I want to crawl inside her mind to find that place that lets her smile and sing through the misery and the beatings. Reno and Mr. Cramer called her crazy because she would fight them. If I had to be crazy, I want to be my mama’s kind of crazy, because she is never afraid.”