It was raining pretty good yesterday, and the wind was giving my front yard Christmas decorations a taste of freedom. Just a taste though. It seems like forever since we had an actual winter here in Northern California. Seeing all of my buckets, pots and barrels filling up with water is pretty amazing. We are always fighting fire and drought, so this is a welcome change. My poor little pups do not feel the same way though. Little brats are refusing to go outside to do their business. I only send them out when the rain takes a break, but that’s not how they tell the story. According to them I send them out when it’s pouring. I am very glad they don’t have cell phones because I am sure they would take videos of me sending them outside in the rain, and I would be hated by dogs around the world. That would be just heartbreaking…to be hated by dogs!! 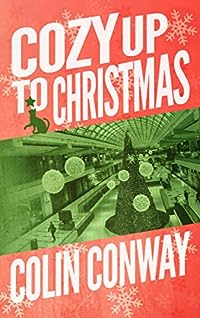 A man still in hiding. A Christmas heist. This is no time for fruitcake.

Ed Belmont works in a struggling Midwest mall. It isn’t the ideal place for a job, but he’s doing the best he can. Every day is an uphill battle since Ed dislikes children, holiday decorations, and Christmas music. But what’s a guy to do when he’s Santa Claus?

There’s a criminal lurking around town, and he’s dressed as jolly old Saint Nick. Unfortunately, the cops don’t have any leads until they stumble upon Ed. Now, the law is poking into his background, and it’s creating problems.

For Ed Belmont is a man with a secret that the U.S. Government has invested a lot to keep concealed. This is important since Ed’s enemies have chased him across the country in hopes of exacting their revenge.

Can Ed survive the week and leave the Santa suit behind? Or will the cops make sure he celebrates the holiday in jail? 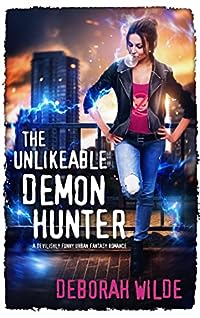 The Brotherhood wants her gone. The demons want her dead. Not bad for her first day as a Chosen One.

When Nava Katz half-drunkenly interrupts her twin brother’s induction ceremony into a secret supernatural society, she doesn’t expect to accidentally torch his life-long dream and steal his destiny.

Horrified she’s now expected to take his place, Nava is faced with the one thing she swore off forever: a purpose.

The all-male squad isn’t cool with a woman in their ranks and assigns her to Rohan Mitra: former rock god and their most ruthless hunter. He may be the perfect bad boy fling with no strings attached, but what happens when he won’t let her run — not even from herself?

That might prove as dangerous as defeating the vengeful demon out for her brother’s blood.

Odds of her new teammates expecting her to fail? Best not to think about that.

Odds her succeeding out of spite? Dive into this complete series and find out.

“Don’t buy it if your offended by bad language, immoral behavior, lose ethics, sassy attitude, hot guys… cuz it does it all – and its GREAT!!!” – Amazon Reviewer 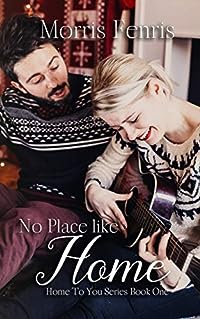 No Place Like Home: A Christian Romance (Home To You Series Book 1)
by Morris Fenris

Jerricha Ballard has the voice of an angel and the ability to write songs that can melt the heart.

Jerricha is at a crossroads and needing to make life-altering decisions. Will they involve Logan?

Come along to the sleepy small town of Warm Springs, Wyoming. Will Jerricha and Logan get their problems all figured out, or compound them? Is there a future out there for both or is that only a silly dream?

Is home just any place where you take your hat off at the end of the day or is it more?

Find out in Jerricha and Logan’s story.

There really is no place like home at Christmas. 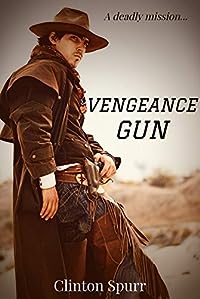 Five years in jail as the victim of a frame-up is a long time for Russ Enderby who was jailed on a rustling charge at a neighbour’s spread. But it gives him time to wonder who wants him out of the way – and why.

Russ returns home after his release determined to find the answers but soon sees the changes that time has brought to this home. His father is dead and the girl he had planned to marry is now promised to Cole Dexter. Added to this, Russ has lost all credibility and friendship in his town as people believe him to be a lowlife criminal. His only relationship remaining intact is with Sheriff Walt Redfern who pledges to help Russ discover the man behind his frame up.

As Russ doggedly searches for the truth, passions boil, murders occur and the climax flames into hectic gunplay. 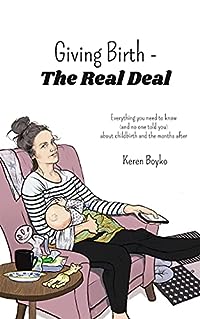 Giving Birth- The Real Deal: Everything You Need to Know (and No One Told You) About Childbirth and the Months After
by Keren Boyko

Birth and early motherhood are often painted as beautiful, natural, magical experiences. While this is true, there is so much more to the process – and often, new mothers find themselves unprepared and overwhelmed, simply for the lack of knowledge.

It was not so long ago that we lived in clans, and before that in tribes. The wisdom of the tribe flowed through our veins. By the time a woman became pregnant, she already knew what she was getting into, and was surrounded with support.

Nowadays, most women are exposed to only a fragment of this great wisdom and mostly in real time – when they are pregnant. Though we live in an information age, new mothers are often unaware of crucial things they should know about childbirth and experience a huge gap between how they imagine early motherhood and what their actual day-to-day looks like.

Following her birthing experience, Keren Boyko embarked on a journey to help expecting mothers fill that gap of crucial knowledge. She gathered twenty-two new moms and well-known birth specialists, to share their professional wisdom, and their brave, honest and humor-filled testimonies. Together, they have created a modern tribal wisdom which will guide you through this wondrous, challenging and powerful time in the best way possible.