I just answered an ad on Facebook to trade a paperclip for something. It’s a group of friends that want to start trading things to see how far they can trade up. I just offered them a Lego Minifigure for the paperclip. I think that’s a pretty sweet trade. Although I think I should offer something a bit more unique and attractive to others. If they accept my offer I will meet them in the parking lot of a grocery store and bring a few items to pick from. Curiosity has got a tight hold of me. I did ask that if they accept the Lego that they would keep me up to date on their trading journey. FUN! Please don’t let this be a scam… or killers. Yikes 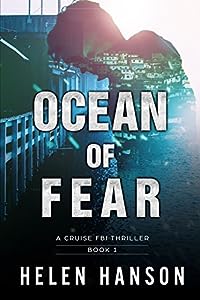 Instead of an honest future in robotics, Baxter Cruise trades his talent for dirty money.
After a string of bad choices, it’s just another downward slide.
But this time, the consequences are dire.
The cartel now holds Baxter and his secrets in a deadly grip. Nothing is off limits as they exert their control over him through blackmail and coercion.
Abducted to a foreign country, Baxter is forced to aid and abet the cartel’s nefarious plans. While under their control, he searches for a way to escape, because he knows that when the project ends, there’s no reason to let him live.
But even Baxter’s shaky moral compass can find north, especially after he watches them kill an innocent woman.
Claudia, an FBI agent, knows Baxter’s involved in illegal activities, and his connections could help her hunt for a deadly assassin, but she’ll have to convince him to tell her the truth. He’ll have to trust her just to stay alive.
Given his past, Baxter doesn’t trust anyone who can put him in jail. But right now, Claudia’s the only one who gives a single damn.
Amid pulsing action, Baxter must choose between saving himself or preventing an international tragedy.

A carton of ice cream and an infomercial changed my life…
Drive, focus, and a solid plan for my future never left time for any of the fun things in school. Not that it mattered, guys never looked at the tall chubby nerdy girl.
And they still don’t, now that I’m a thirty-something professional woman. Not that I give them a chance working six days a week and spending most of the seventh doing laundry or watching movies with my best friend. How did the perfect life become boring?
When my best friend agrees to jump into the exciting unknown with me, endless opportunities appear.
None of them make my heart flutter until I see him. Kent, a luxury hotel manager, is everything I could ever dream of in a man. Kind, thoughtful, a brilliant businessman, and game to join into any zany adventure I come up with. Not to mention he’s taller than me when I wear heels.
A guy like that would never like a girl like me…

This sweet clean trilogy is a slow burn romance, but Liz will get her happily ever after… eventually. 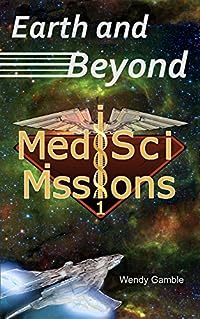 The sky is not the limit in this near-future medical mystery.

Earth is at peace… then an alien infection changes things.
An engineer creates a revolutionary engine to launch the world’s hope for salvation into distant space.
A crew of Earth’s top talent face never-before-seen adversity as they search for a cure for humanity.

Earth had achieved a semi-utopia until aliens destroyed the peace that took decades for hacker revolutionaries to build. After a bizarre robot occupation leading to all-out war, humanity was left with a deadly alien pandemic. Their possible salvation lies in a team brought together to search for a solution beyond the stars.

The mysteries of genetics and microscopic entities, along with the wonders of the future surgical scene are at the heart of their quest, with the soul coming from the vivid characters who explore them.

As their journey into deep space begins they encounter obstacles and battles of wills as they strive to survive the harsh and not-so empty space on the way to their distant goal. Together, the hand-picked team deals with technical problems, illness, personal issues, and secret elements of Earth’s warring bio-tech ideologies as they kick off their mission to save Earth. 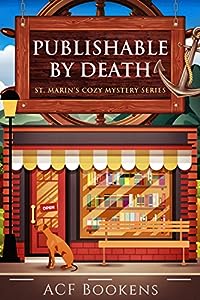 Change is hard in a small Southern town, especially when it brings a side of murder.

All Harvey Beckett wants to do is help the residents of St. Marin’s find the perfect book for that moment, snuggle with her hound dog Mayhem, and be ignored by her cat Aslan. But when the small, waterside town’s newest resident discovers the body of the community’s persnickety reporter in her bookshop storeroom just before her grand opening, Harvey can’t help trying to solve the crime, even when it might cost her business and her life. The more questions Harvey asks, the more secrets she uncovers.

Will Harvey and her friends be able to solve the murder of the town reporter without her becoming a victim herself?

This book addresses racism in both the plot and the writing style. 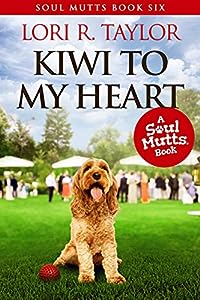 Kiwi To My Heart (The Soul Mutts Series Book 6)
by Lori R. Taylor

It’s easier to be brave with a good dog by your side.

Leslie Durant, owner of Pretty Paws, doesn’t care that she’s always giving all of her time and attention to others: it’s worth the joy of helping abandoned animals find loving forever homes. But if she can’t find a way to bring more money into the struggling shelter, the sacrifices she’s made will all be for nothing.

Then her brother leaves her with an inheritance, with two stipulations: she must work with her estranged mother to host a successful charity event and find a loving home for Peter’s dog, Kiwi.

But Leslie’s not sure she can forgive the woman who cowered in a corner while Leslie’s father hit her.

Kiwi was severely abused before Peter adopted her. No matter where Leslie places Kiwi, the nervous cockapoo keeps showing up on her doorstep. She seems determined to stay with Leslie, no matter what.

Even though Kiwi is terrified of everything, the sweet little dog makes Leslie feel braver. With Kiwi by her side, can Leslie save the shelter, face down the demons of her past, and take the risk of forgiving the mother who let her down when Leslie needed her most?

The Kiwi To My Heart is the sixth and final book in the Soul Mutts series, heartwarming stories of lost dogs finding new homes with the humans they were born to heal.