I woke up this morning and all the Halloween decorations that are literally covering my entire house have to GO!! It’s November and I still have spiders, ghosts, and skeletons all over the place. What a disgrace! Last night was fun. We celebrated Halloween with friends and family, enjoyed tasty sweet and savory foods, and had plenty of candy for all the great Trick or Treaters.  This year I notice there were a lot of older Trick or Treaters, and I was thrilled to see them. I had been hearing a lot of reports saying that once you hit twelve years old that was your last year to dress up and Trick or Treat. BAH HUM BUG! I was more than happy to hand out candy to anyone and everyone that came to my door. I didn’t even care if you had a costume or not.  The last two Halloweens haven’t been great for our kids, so I was thrilled to see them ringing my doorbell and celebrating this awesome holiday. This morning I am completely exhausted from all the work putting the party together, and I have a huge mess to clean up, but….WORTH IT!!!!! 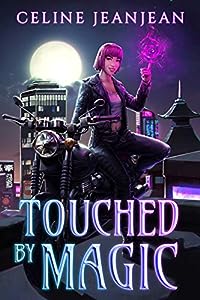 I’m Apiya. No, I’m not a badass magical assassin. I’m a barber to the supernatural.

My magic is very weak and very niche — it works best with keeping things clean.
I know. I can sense your awe at my power already. And I’m sure you can see why barbering suits me well.

Although now that I’ve mastered the art of trimming a weretiger’s regrowth, my biggest challenge is fielding the insults of the shop’s cat. Sometimes I wish I had enough magic to go deeper into the city’s magical underbelly.

You know what they say — be careful what you wish for.

Everything changes when a pair of forest fae come into the shop one night, asking for help to protect their youngling. Something’s got them properly spooked, but they won’t say what.

If it’s big and bad enough to scare the fae, it’s most definitely powerful enough to make a mouthful of me — probably a small mouthful, at that. And now that the fae have come to me, whatever’s after them is also after me.

My weak magic and a sarcastic cat for backup are unlikely to be enough to keep me alive and save the fae youngling. How the hell am I going to get out of this mess?

Grab Touched by Magic to see if I make it. Oh, and don’t get offended if the cat insults you… 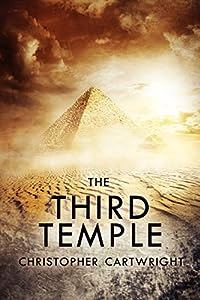 A mystery wrapped in a myth about the origins of humanity.

A race to find an ancient pyramid hidden in plain sight.

A secret so dangerous its guardians will kill to protect it.

And an ancient covenant that might save the world, or destroy it completely.

In 1655 a group of explorers from the Emerald Star entered the Namibian Desert in search of an ancient relic rumored to be hidden in a secret temple. None of the crew ever returned – but stories of their mysterious demise continued to be told.

In the present-day Turkish subterranean city of Derinkuyu, a strange wooden placard is discovered floating in an old well. It’s covered in the script of a language long forgotten, but Sam Reilly has seen the text before. The words suggest an ancient race might still exist, and are in the process of building a new temple.

The question is – is it the same temple where Dr. Billie Swan is being held prisoner? 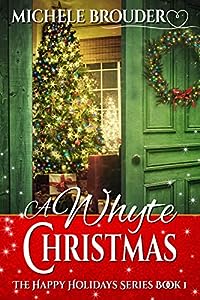 Christmas has always been Kate O’Connor’s favorite time of the year, but this season — despite her battery-operated twinkle-light earrings — she’s feeling far from festive. In fact, she’s wallowing in a generous dose of self-pity over the loss of her father, the train wreck that was her engagement, and an unsavory setback in her career. To make matters worse, her boss at the Cline & Co. ad agency has volunteered her to be the one-woman welcoming committee for Gavin Whyte, the VIP client from across the pond who could be the key to saving their struggling business. Eager to prove she’s a team player, Kate resolves to show Gavin a good time, hoping his dazzling blue eyes, his delicious Irish accent, and her own propensity for disaster don’t cause her to torpedo the company’s chances of recovery.

Gavin Whyte would rather be anywhere than the Cline & Co. ad agency. Tasked with overseeing the ad campaign for his pharmaceutical firm, he’s not impressed with the second-rate ad agency that’s been awarded the contract. And there’s one employee, Kate O’Connor, who confirms his suspicions that the ad agency just isn’t up to the task at hand. She can’t seem to do anything without something going wrong or the police showing up. Yet there’s something about Kate that makes Gavin stop and take a second look.

Each book in The Happy Holidays series is a standalone novel and therefore can be read in any order. 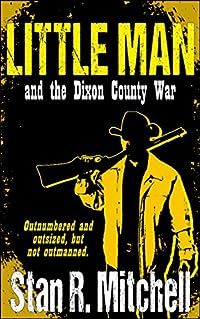 Good vs evil. Right vs wrong.

Sometimes, it’s as simple as that.

And when a young lawman pins on a badge in the West, he’ll find out why most (honest) lawmen end up dead. 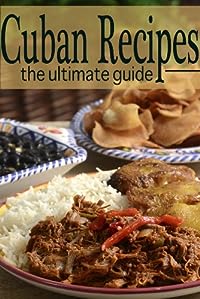