The Mousavi Mysteries series by Jack Parker Connolly, are a series of short, fast-paced murder mystery novellas often taking place in one main location. Though they are heavily inspired by the likes of Agatha Christie, Connolly brings something a bit more modern to the table with its unique settings and situations. If you’re looking for a quick, stimulating read, the Mousavi Mysteries are just what you are looking for. Ejoy! 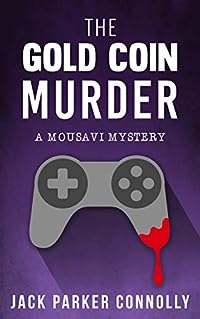 How do you find the killer of a man everybody hated?

Detective Alrich Mousavi is tasked with investigating a death in the least likely of places – a videogame convention. A legend of the industry, Masa Fujizawa, has perished from a nut allergy.

As Mousavi digs deeper, he begins to suspect Masa’s death was no accident, embroiling himself in a world of scandal, corruption, and bad blood. There’s no shortage of motives, and Mousavi must act quickly to solve the case before the murderer is lost and it’s game over. 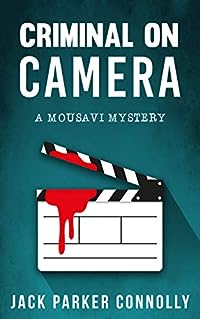 A sleepy afternoon is disrupted when Detective Alrich Mousavi receives a strange phone call. A film director asks to interview him about one of his more scandalous cases, and reluctantly, Mousavi agrees.

The detective heads to Pacific East Aquarium – the scene of the crime in question. At first, the shoot appears to be going smoothly, until a crew member is found dead in one of the exhibits.

There’s a murderer afoot, and the answer to their identity lies somewhere in the film footage. Between missing evidence and dangerous reptiles, Mousavi must learn to keep his head above water if he wants to catch the cunning killer! 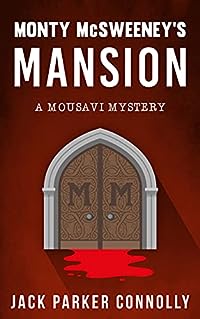 The Lycanthrope. The Vampire. The Wraith. The Undead.

Monty McSweeney, the world-famous billionaire, is dead. Accompanied by a team of six strangers, Detective Alrich Mousavi travels to McSweeney’s island home in the hope of finding answers. They aren’t in the house for long, however, when a member of the team dies mysteriously.

Mousavi is at a loss for clues, all except for a burned-up old journal belonging to the deceased billionaire himself. As the team’s misfortune continues to grow, Mousavi is forced to question if the killer is among them or if something more sinister is at work.