I was Today Years Old when I declared myself old. Or maybe that was yesterday, but I didn’t get the memo. Shoveling out all the dirt from the two raised planter beds, so that I can put them on the ground was way too much work. Did you know that the fat on your belly can feel sore? Well I know that now is a fact. I didn’t have much choice on the first raised bed since it was half way collapsed from the storm, but I certainly had a choice with the second one. It just didn’t look right with one raised and one on the ground. I did get it done, and I am happy. I have a huge mess to clean up now, but I think the hard part is over. One thing is for sure, the soil is nicely turned for next year. The fun part begins…planning next year’s flowers! 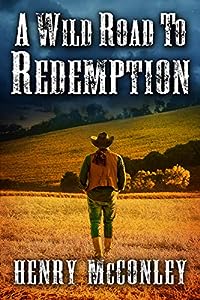 An enthralling, action-packed story, featuring complex and intriguing characters, drama and suspense, that will leave readers astounded. A must-read for fans of Western action with a touch of romance. 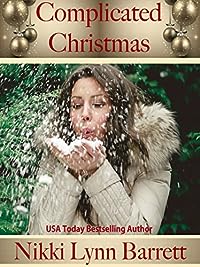 Life is full of complications, so why not have an uncomplicated arrangement between friends?

Former figure skater Caitlin Aimes doesn’t care to make life complicated. Publicly humiliated by her ex-fiancé years ago, she closes herself off to relationships and love. She never thought she’d be that girl- the one having a friends-with-benefits relationship. No complications, right?

Wrong. This holiday season, the unexpected happens, catching Caitlin and Ron off guard…
Ron Mercer lost his wife four years ago and has no plans to commit himself to another relationship. Life as a widower with two teenagers is already complicated enough. But in a world constantly changing, he finds himself in a predicament he never expected…
The arrangement they made has consequences which neither ever prepared for. Caitlin and Ron are in for a Christmas like they’d never had before. 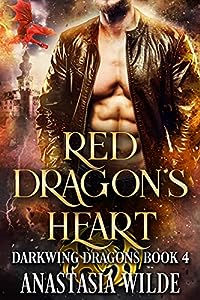 He’s been shot with an anti-shifter serum that turns him into a homicidal monster.
She’s the one who made it…

Zakerek’s entire life was ripped away in a single moment. While he was on a mission to rescue captive shifters from a lab, one of the scientists shot him with a bolt carrying an experimental shifter toxin. Now there’s an uncontrollable beast inside him, warring with his dragon — one that’s triggered by the presence of other shifters.

Alone on earth, hiding from humans and shifters alike, his one mission is to find Madeleine Fox, the biochemist who created the toxin. His plan is simple: hold her captive until she reverses what she did to him, and then flame her to ashes and devour her bones.

Maddie Fox’s life work has been to isolate the “virus” that turns people into animals, and eradicate it — but not before she figures out how to harness the creatures’ accelerated healing to save her brother’s life.

When she found out her mentor, Eric Chisholm, was planning to sell their research for his own sinister purposes — and that he himself was a shifter — she stole the data and disappeared. But just when she’s about to get the proof she needs to turn him in, the impossible happens: she’s abducted by a fire-breathing dragon who demands that she “fix” him.

But when Zakerek’s serum-induced delirium ignites a night of passion with Maddie, everything they both thought was true begins to crumble around them — and so do the walls around their emotions. Can two sworn enemies change their minds and open their hearts, before Chisholm destroys them — and everyone they care about? 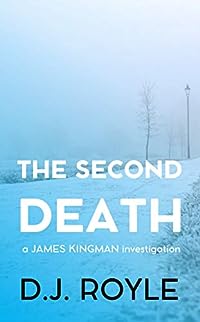 Two years after his arrival in Epsom and the death of his new wife, Inspector Sir James Kingman is struggling. His case against the gangster Harry Redford was thrown out of the Old Bailey on a technicality and, in the thick morning snow, the body of a man has been discovered. The scene bears remarkable resemblance to a murder in the same place ten years before, right down to the identity of the victim.

A botched response to an armed robbery and another murder, this time at nearby Chessington Zoo, and the pressure begins to build. A shortage of staff finds Kingman paired once again with the slovenly, but quietly effective, Barry Sloane. They know that these crimes are too theatrical, too fantastic. But it seems there’s a new man in town, calling himself ‘Seth’ and with a taste for the dramatic. Can they uncover the dark truth behind these ostentatious crimes? And where does a stolen postbag fit in?

In this book we focus on Amish meals. Amish Recipes is a complete set of simple but very unique Amish foods. You will find that even though the recipes are simple, the tastes are quite amazing.

Here is a Preview of the Amish Recipes You Will Learn: