I woke up this morning thinking, “What have we done now?” My partner in crime and her family were over for dinner Saturday night, and after a few drinks we came up with the brilliant plan to buy my oldest son a fixer-upper car. The thought was he has a year before he gets his drivers license, and it would be best to get him a car that he needs to put a little sweat equity into so he would appreciate what he has. Fast forward to Sunday night and we are loading up a little truck on a flatbed. My gosh, that was quick. This car needs some work. Like… A LOT of work. First thing on the list is a new transmission. That seems pretty big. Fortunately for me this is not my project, so I can join in the fun whenever I feel like it, but no obligations. So far my favorite feature in this little truck is the cassette tape holder. HA! 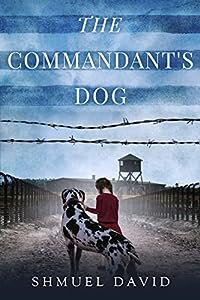 The Commandant’s Dog: A WW2 Historical Novel, Based on a True Story of a Jewish Holocaust Survivor
by Shmuel David

A unique and hopeful novel about a girl struggling alone for survival in the cruelest camp in Poland, who receives unexpected help.

Poland, 1943. World War II is raging and Yula, a 17-year old Jewish girl, is transferred with her mother to the Skarzysko-Kamienna labor camp, home of the factory that produces shells and artillery for the German military.

The conditions in the camp are unbearable and Yula’s mother is unable to survive, leaving her alone to fight for her life. However, luck is on her side and she makes a surprising new ally – Ziggy, the ferocious dog of Dr. Rost, the camp commandant in charge of carrying out the selections that decide who will live and who will die.

Motivated by a fierce will to live and Ziggy’s unexpected assistance, Yula will do anything to hold onto life and survive the greatest inferno of human history.

Through a one-of-a-kind, shocking, but inspiring story, The Commandant’s Dog proves that even in the darkest of times, the human spirit can find a way to survive and grow anew. 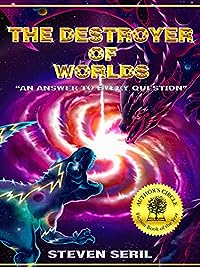 THE DESTROYER OF WORLDS: “An Answer to Every Question”
by Steven Seril

• Winner of the Authors Circle “Fiction Book of the Year Award”

• Winner of the “Pencraft Book Award for Science-Fiction” Runner-Up

• Winner of the “Pencraft Book Award for Supernatural Fiction” 2nd-Place

• Winner of the “Firebird Book Award for Fiction- Mythology”

• Winner of the “Literary Titan Gold Award” for Science-Fiction

An all-seeing T-Rex recalls the violent and tragic history of the cosmos including Heaven’s War, the Titan War, Ragnarok, and the Apocalypse. These catastrophic events converge as gods, goddesses, angels, and demons from all of mythology take sides in a war between ALIEN DINOSAURS and COSMIC DRAGONS!

It’s a novel over 20 years in the making! You’ll love this it because of its powerful and complex characters, multi-layered drama, action-packed battles, and high-stakes story!

DISCLAIMER: Intended for ages 16+ for language and descriptions of violence and gore. 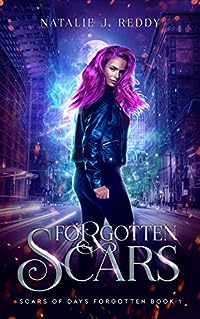 This urban fantasy adventure is perfect for fans of Jennifer L. Armentrout and Cassandra Clare.

Humanity is not alone.

Supernatural beings are hiding among us. The Psi have remained secluded from humans for far too long, and there’s a faction that is conspiring to break the veil and use their powers to take their rightful place among humans – as our rulers and conquerors.

Wren is a college student who didn’t think her life could get much worse. That is until she’s kidnapped by the Psi and questioned about her closest friend. But the Psi offer her something no one else can – the truth about who she is.

But can she trust the Psi? Can she trust her feelings towards her irritatingly charming captor? Or is she just a pawn in a very dangerous game? 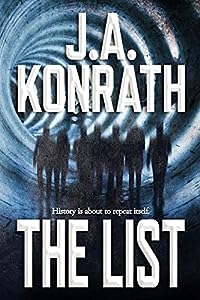 A billionaire Senator with money to burn… A thirty year old science experiment, about to be revealed… Seven people, marked for death, not for what they know, but for what they are…
THE LIST by JA Konrath
History is about to repeat itself

THE LIST is a bit of a departure for Konrath, who is known for his Jack Daniels mystery series. It’s a technothriller about a group of ten people who each have tattoos of numbers on the bottoms their feet, and don’t know why.

One of them, a Chicago Homicide cop named Tom Mankowski, has had one of these strange tattoos since birth. When he investigates a violent murder and discovers the victim also has a tattooed number, it sets the ball rolling for an adventure of historic proportions.

To say more would give away too much.

Like the Jack Daniels series, THE LIST combines laugh out loud humor with serious suspense and thrills.

ABOUT THE KONRATH HORROR COLLECTIVE
The Konrath Horror Collective is not a series. It’s an ongoing collection of horror and technothriller novels that can each be read as a standalone. Some feature characters who appear in more than one story. 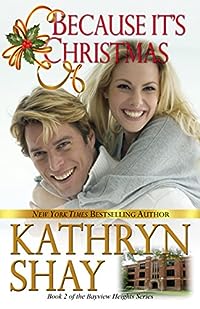 NEW YORK TIMES bestselling author, Kathryn Shay writes fascinating, realistic contemporary romances. Her specialty is troubled teenagers. A teacher in a public school for years, she knows kids and the men and women who teach them!

“BECAUSE IT’S CHRISTMAS is a super modern day retelling of the classic IT’S A WONDERFUL LIFE.” Painted Rock Reviews

To most people in the small town of Bayview Heights, high school principal Seth Taylor is a hero. But Seth has never forgotten the mistakes he made years ago with his students. And neither has reporter Lacey Cartwright, because one involved her brother, who’s now in jail. With her grandfather pressuring her to destroy Seth in the town newspaper, Seth invites Lacey to come to the school and see what the teachers really do with kids. Attraction then love flares between these two star-crossed people. If Lacey starts to show her support — and her true feelings — for Seth, will she lose what’s left of her family?