I am starting to get into a bit of a panic thinking I might be too late if I don’t start decorating for Halloween until this Saturday. A few weeks ago I decided I wouldn’t put up the Halloween decorations until the second weekend of October because I was camping the first weekend. This seemed perfectly reasonable. That is until I went to Target yesterday for a few necessities and wandered over to the Halloween section. Mind you, I do not need any more decorations. I have plenty. I was shocked though at what I saw. The Halloween section was completely picked over. It doesn’t look like three weeks before Halloween, it looks like two days after. Even the few shelves of Christmas stuff they put up was emptier than it was a few days ago. Maybe this means that Halloween this year is going to be super crazy and everyone is going to party like it’s 1999. Alright… I have all the decorations I need. Maybe less panic and more food planning for the party. WHOOOHOOO!!! 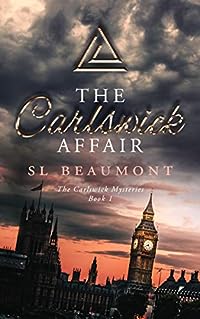 Who can she trust?

When 18-year-old student Stephanie Cooper investigates the mysterious circumstances surrounding her great aunt’s death, she discovers a painting thought stolen by the Nazis and destroyed during WWII, hanging in the home of the intriguing James Knox, guitarist with indie band, The Fury.
Now, as Stephanie gathers proof to unmask a thief and possible killer, she discovers that someone does not want her to uncover the secrets of her family’s past and that someone may kill to stop her.

If you like Ally Carter, Brittany Cavallaro or Harlan Coben then you’ll love The Carlswick Affair, a novel that combines mystery, romance and history in a fast paced, action-packed adventure. 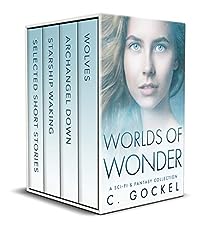 Worlds of Wonder: A Sci-fi & Fantasy Collection
by C. Gockel

Journey to Worlds of Wonder…

Discover a universe of myth inspired urban fantasy, and a future with technology so advanced it’s magical.

In the Archangel Project, Commander Noa Sato launches a desperate mission to save her people from genocide. She’s aided by clueless pleasure ‘bot 6T9, a ten-legged, venomous weasel, and a professor who may be more than what he seems. 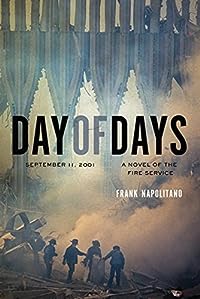 Day of Days: September 11, 2001, A Novel of the Fire Service
by Frank Napolitano

For these men, the fire service is their heart, their blood, and their brotherhood. On the morning of September 11, 2001, bound by that brotherhood, they responded to the alarm at the World Trade Center. They fought that day to save civilians, each other, and themselves, against an adversary they thought they knew, and with every step they took, came to realize they might not see another sunrise.

It’s the spring of 2001 in New York City. FDNY engineman and jazz musician Phil Coletti works his shifts on Engine 252 in Brooklyn. He never expected to fall in love with a woman he rescued from a suicide attempt on the Verrazzano-Narrows Bridge, but he’s been on the job long enough to know he should expect the unexpected. Across the river in Manhattan, Captain Patrick Boyle, the most decorated officer in the history of the FDNY, lies in a hospital bed recovering from third-degree burns. He’s surprised to see his former lover at his bedside — especially since she ditched him to get engaged to a billionaire running for governor of NewYork — and he begins to wonder if the Job is truly for him. Over on Ladder 14, Bryan O’Rorke, a hard-charging truckie and son of a fireman killed in the line of duty, demands 110% from the guys on his crew. When a probationary firefighter from the Bronx, nineteen-year-old Harry Sturgis, arrives at the firehouse, it doesn’t take long before O’Rorke is putting the kid through the paces, and both men suffer the consequences of his unorthodox methods.

This visceral and unsettling novel tells the story of the firefighter’s life, culminating with the emergency response to the terrorist attacks on the World Trade Center on a spectacular September Tuesday in 2001. It portrays the courage, pain, and devotion of the men and women who respond when the alarm is sounded, who follow an unwritten code borne of necessity and preservation, and who sometimes pay the ultimate price so others may live.

Love Will Find A Way
by Barbara Freethy

Rachel fell in love at nineteen with a man who came into her life on a whirlwind of sunlight and romance. She married Gary Tanner, had his son, and thought she would live happily ever after. But fate had other plans. Gary died in a tragic accident… at least she thought it was an accident. Now, there are questions that need to be answered, and only one man she can turn to, Gary’s best friend, Dylan.

Rachel was everything Dylan Prescott wanted in a woman. But Gary met her first, so she became untouchable. For years he stayed away from her. Now Rachel is a widow, her marriage is over, and she turns to him for help. The passion he feels for her is no longer out of his reach. The life he always wanted is beckoning to him, but when the secrets come out, will their love find a way to survive? 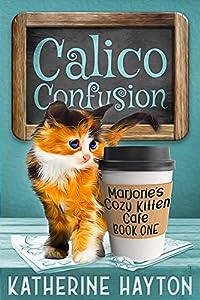 Marjorie Hardaway is worried her Cozy Kitten Cafe might soon go out of business. A property developer is building a rival store on the section in front, blocking out the wonderful view. However, her concern is soon replaced with a more serious problem when a new calico kitten turns out to be a witness to a murder!
When the police investigation into the killing points an accusing finger at her friend, Marjorie feels compelled to help. Especially as the sergeant in charge is overlooking a chief suspect — the same rogue land developer who’s the bane of her existence.

Soon she has break-ins, upset kittens, and an eligible bachelor to contend with. But with investigators looking in the wrong direction, Marjorie must rely on her wits and community knowledge to solve the murder and bring the true perpetrator to justice before they can strike again.

Marjorie’s Cozy Kitten Cafe Mysteries are quick 1-2 hour reads perfect for filling in time waiting for appointments, commuting to work, or when your significant other insists on watching the show that makes you roll your eyes!

They are chock-a-block full of kittens but I promise there’s no swearing, no cliffhangers, and no graphic scenes.