The Dangerous Business Of Dragons & Zombies

Whether you are in the mood for a dragon adventure or maybe you want to ride along with a misfit crew fighting aliens and zombies, Author Richard Fierce has just what you are looking for. Enjoy! 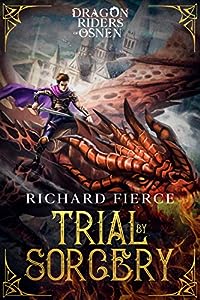 Dragons can be dangerous… if you don’t bond with them first.

Eldwin wants to follow in his father’s footsteps and become a Dragon Guard, but not for the glory. With his family dead and their lands dying, the opportunity to join the dragon rider school is all he has. But before Eldwin can bond with a dragon and guard the skies, he must pass three tests to prove his worth.

He’s determined to pass, but his maimed arm is a constant reminder of his disadvantage. Will the obstacles Eldwin faces keep him from reaching his dreams, or will he finally see what it’s like to ride the skies? 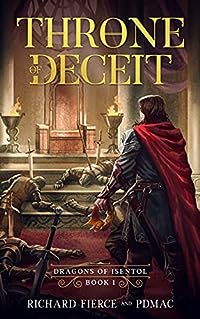 Their royal parents assassinated, two young siblings are separated and hidden to protect their future and the future of their kingdom. Only when their adoptive families are murdered do they discover the truth of their heritage. Now it is time to reclaim what is theirs.

But to do that, they will need an army – and magic. With many interested in their royal roots, they must decide who can be trusted… and who is trying to kill them.

Throne of Deceit is the first book in the series Dragons of Isentol, a tale of dragons, magic, and a growing rebellion against tyranny. 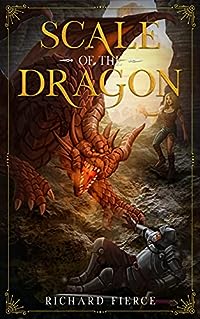 Scale of the Dragon: Marked by the Dragon Book 1
by Richard Fierce

Her key to freedom is also her torment.

Mina is an outcast. A childhood accident left her scarred and with a curse that her master exploits to hunt dragons for sport.

She wants freedom, from both her master and the curse, but unless the right dragon is killed, she’ll be a bondservant for the rest of her days.

With Mina’s uncanny ability and her master’s magical strength, the beast responsible for her misery will fall… even if she has to take matters into her own hands.

Scale of the Dragon is the first episode in the series Marked by the Dragon. 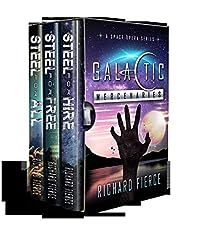 Some jobs will turn you into a zombie. Literally.

Episode 1: Captain Jayde Thrin of the cargo ship Determination has one goal: make enough money to retire in style. Her small mercenary crew travels the universe taking odd jobs, but when a botched gig lands them in hot water, it’s up to Jayde to figure out their escape – and their survival.

Episode 2: A genetically designed plague has ravaged the birthplace of humanity, leaving millions of undead wandering the planet. Jayde and her crew volunteer to retrieve the antidote and do the job for free, but ruined planets, aliens with ulterior motives, and the threat of invasion will stretch the crew beyond anything they have ever known.

Episode 3: Jayde Thrin and her mercenary crew return to Earth to find a lost cause. The government has given up on the planet and turned its focus to the war brewing at the edge of humanity’s borders. A small group of survivors are still on Earth fighting for survival and it’s up to Jayde and her crew to rescue them, but an army of undead and alien worshippers are all that stand in their way.

Galactic Mercenaries is a space opera series about zombies, space battles, alien invasion, and a misfit crew trying to survive in a dangerous universe.