I should be upset that some wild animals had destroyed the plants and pump in my little pond in the backyard. I should be, but I’m not. Most people would see destruction. I see a great excuse to go to the plant store to buy more plants. I really have a plant buying addiction and usually I am looking for an excuse. I am overjoyed I don’t need one this time. I have to play my cards right though. This could severely cut into my pumpkin buying habit as well. Hmmm.. timing is everything here folks. 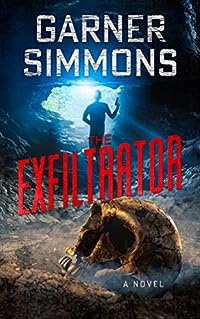 The Exfiltrator
by Garner Simmons

32,000 YEARS AGO: High in the Pyrenees Mountains in what is present day Spain, a young Neanderthal is pursued and mortally wounded by a Cro-Magnon hunting party. Attempting to escape his attackers, he seeks refuge in a cave.

TODAY: In the holy city of Najaf, a powerful Iraqi cleric has been critically wounded in an ISIS terror attack. If he dies, peace and stability in the region die with him. The only hope rests with his son, Tariq, who has currently gone missing somewhere in the Basque mountains north of Madrid. With time running out, the CIA turns to — MICHAEL CORBETT.American by birth and Oxford-trained, Corbett is a world-class archeologist. But to the CIA, he is an “exfiltrator,” a freelance operative who specializes in locating and extracting high value targets under extreme duress. Having been hired by the University of Salamanca to lead an archeological team into the Pyrenees to explore a newly discovered cave that may be the last redoubt of the Neanderthals, he accepts the CIA’s assignment. But there are complications… At Oxford, he and Tariq were friends. Today Tariq is believed to be living with a woman, a doctor named Amaia, who runs a free clinic in a remote Basque village. She was also once Corbett’s lover. At the same time AN ISIS TERROR CELL begins tracking Corbett believing he will lead them to Tariq. Religious fanatics, they are obsessed and will stop at nothing from carrying out the “Will of God.” Racing against time and the Terrorists, Corbett must find Tariq and exfiltrate him… before ISIS takes his head! 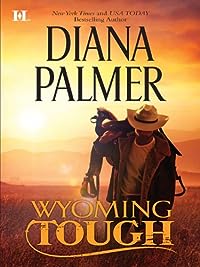 A cowboy through and through, ranch owner Mallory Kirk knows what it means to put in a full day’s work. But does his new cowgirl? He has his doubts that Morie Brannt will be able to pull her own weight, even if the petite young woman does seem to have a lot of spirit.

As they spar over events at the ranch and a past that threatens their hopes for the future, sparks begin to fly, and Mallory can’t help but notice Morie in a new light. But is this tough Wyoming man ready to love? 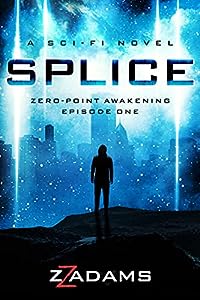 The kid is a bomb that’s ready to go off, but for one genetically-modified hero, he’s a second chance.

Elliot: Trained from birth by his father, being a killer is all he’s ever known. After his family were killed in suspicious circumstances, the story of their millennia old guild of assassins is a mystery he desperately needs to solve.

When his only two friends are kidnapped by Hellinix: a shadowy corporation, wielding advanced alien technology. He must employ his deadly skills to bring them home.

He lost everything he loved once, he won’t let them rip it away from him again, no matter what it takes.

Arthur: Life as a TV personality hasn’t lived up to his dreams. He’s coming to the conclusion that it wasn’t worth putting his ex-wife and daughter in second place to end up a D-list celebrity. Worse, Hellinix’s genetic modifications don’t seem to have stopped asserting themselves. He’s still changing, but into what?

No matter what Hellinix does to try to keep him under their control, kidnapping his wife and daughter will be their biggest mistake. Nothing will stop him from getting them back. But when he runs headlong into a teen assassin set on a path of self-destruction, he is forced to be the person Elliot needs. Could this be the second chance at being a good father he was hoping for?

If you are a fan of The Avengers, X-Men, The Boys, Watchmen, Guardians of the Galaxy, you will love the second action-packed episode of this humorous serialized science fiction adventure. 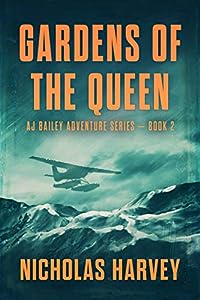 A crash landing. A dangerous secret. A deadly game of espionage.

When a plane crash lands during a stormy night on Grand Cayman, dive shop owner AJ Bailey pulls the survivors from the roiling waters. The pilot, Carlos Rojas, recently fled Cuba with vital information, and now, Cuban and Russian forces are desperate to cover up the secret before it’s exposed.

They will stop at nothing to silence Carlos.

AJ finds herself up against the might of two governments as she tries to protect Carlos, and the pristine coral reefs of the Gardens of the Queen.

Gardens of the Queen is the thrilling and fast-paced sequel to Twelve Mile Bank, but can be enjoyed as a stand-alone novel. 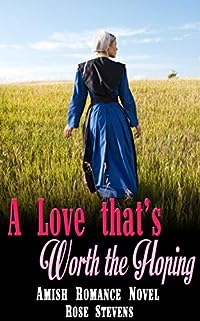 A Love that’s Worth the Hoping: Amish Romance Novel
by Rose Stevens

Emily Miller lives in a town near Pittsburgh and sings in an Acapella Choir that travels to Mennonite/Amish churches every weekend that are scattered all over Pennsylvania and Ohio. On one visit, she meets Cynthia, an English older lady who used to tutor her when she was a little girl and worked on her speech. Cynthia’s son, Benjamin, comes along with them to dinner and meets Emily. He comes to the next concert and is transfixed by how prettily she sings and conducts herself. Ben works in a veterinarian’s office and loves animals. Emily isn’t too crazy about Ben after that dinner. He brags about things too much. Still, when Ben keeps showing up, Emily lets him become her friend. With a cold, distant father and no mother, Emily needs a friend. Emily’s mother died of cancer. The lack of a mother or any mother figure is a huge struggle for her since she doesn’t know whom to look up to.

Ben is present when Emily is caught in the middle of a complicated situation with some of the other female singers involving the finances of the group. She is a suspect of theft and she knows who most likely did it; but she doesn’t want to get her friend Mercy in trouble. This is resolved when an audio recording device captures Mercy’s guilty words. Ben keeps on trying to be the good friend Emily so desperately needs but he also wants to be more. The central conflict here is that Emily spends time with Ben but Ben isn’t sure whether she likes him in a romantic way at all or is just lonely. Meanwhile, her relationship with her father is also being redefined as they learn to communicate without her mother around.

Can Emily figure out if she loves Ben or if she’s just grieving and looking for friendship?