A Puzzle To Solve

If you’re a fan of domestic thrillers and authors like Kaira Rouda and Kiersten Modglin, and staying up all night reading, then you can’t miss out on this incredible collection by author AB Plum. Enjoy! 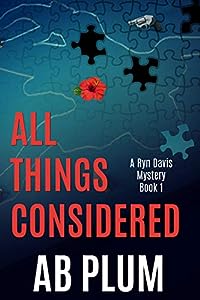 “Betrayal and love are close bedfellows, but make for poor sleep.” (ARC reviewer)

An insomniac with a long history of sleepwalking, night terrors, and other sleep disorders, Ryn’s dodging a life-changing decision. Should she leave her iconic rock-star lover? Are his fame and money worth his mood swings? After a particularly explosive argument, she goes to bed. He follows. The argument escalates. Exhausted, she goes to the guest bedroom. She pops a sleeping pill. One melatonin, she rationalizes, determined to think more clearly. Technically, a hormone. Not a drug.

She wakens the next morning, groggy and disoriented. Fragments of a dream fade in and out of memory. Not the argument with Stone… but something more disturbing. When she enters their bedroom, she sees him in bed — a red hibiscus blooming on his chest.

Unable to produce the melatonin bottle, Ryn acts more and more defensive and guilty. The police ridicule her testimony. Definitely bitter, can she prove how an insomniac slept through two bullets? 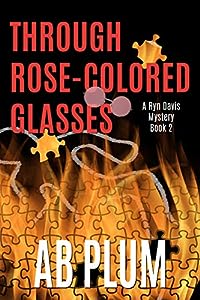 Fans of rock star Stone Wall call Ryn a whore–in a class of her own–for staying with the abusive music legend. Hey, the prime suspect in his murder, she inherited his $250-million-dollar estate.

So what if Ryn uses the money to run Esperanza House–a place of hope and renewal? So what if thirteen ex-prostitutes live there with their kids mastering computer skills to stay off the street? So what if a hundred percent of the women are working the program with great success? Once a ho, always a ho.

Then, a 3-alarm fire destroys the Esperanza House dorm. The body of a 13-year-old girl is found in the rubble. Brutally murdered. The women rally around the inconsolable mother while fighting their own despair. Who will track the killer of the daughter of a former ho?

Old nightmares and current obsessions drive Ryn to undertake a search for justice. One dead end after the other finally brings her face-to-face with the murderer. Her discovery rocks her to the core and threatens to destroy Esperanza House.

Can she look the other way? 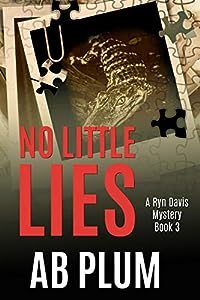 Burying memories sharp enough to raise a welt on the heart can work.

A phone call from a stranger claiming her mother was murdered twenty years ago turns her life inside out. The reappearance of a forgotten childhood friend exposes buried and forgotten memories. Lies and half-truths torpedo her shaky world.

In this fast-paced psychological thriller, the suspense ratchets up. A psychopath’s ever-present memories drive him to exact revenge for Ryn’s lies about the past. His terrifying game of cat and mouse pit him against her where she is most vulnerable. His ties to organized crime make him even more dangerous.

Who is in control? What really happened to her mother? Why can’t Ryn remember?

Is facing her past the path to survival or death? 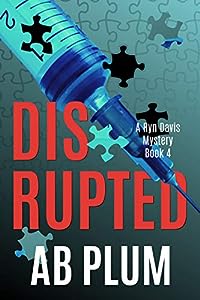 Does it matter that the man she shot in cold blood was a psychopath?

He stalked her. Kidnapped her best friend. Tortured a long-ago ally. Left the two cops helping her for dead.
So, she shot him… without a second thought.

The disruption to Ryn Davis’s life after she shoots a psychopath point blank swells with the impact of a tsunami. Her chronic insomnia intensifies to crippling. Thrown into a twilight zone between the present and past, she struggles with feeling no remorse.

Her friends and family insist her action was justified.

So why can’t she sleep? Forget how much she enjoyed pulling the trigger? Pay more attention to what matters?

When a brutal murder occurs under her own roof, she realizes that everything she values is at stake… 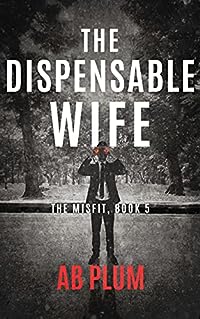 The Dispensable Wife (The MisFit Series Book 5)
by AB Plum

Eyes are everywhere…
Look how powerbrokers in Hollywood, Washington, and Silicon Valley topple. Eyes somewhere saw their stupidity. From eyes to mouths to headlines.

When iconic Silicon Valley CEO Michael Romanov discovers his cheating wife flirting in public with an obvious loser, he tears her apart. But he slices and dices her with such civility none of the coffee drinkers notice. They’re too in awe of the legend’s presence.

One busybody, though, picks up immediately on his controlled fury. Sly as a fox, she begins to share her observations of AnnaSophia’s past trysts. She can’t believe that the “older gentleman” so often with AnnaSophia isn’t her husband.
The more the witness divulges, the more she proclaims her discretion. Ready to explode, Michael sets a trap she walks into. That trap will render her permanently discreet.

Three children. An ailing father. No friends. No money. No work history for the past fifteen years.

Despair keeps AnnaSophia shackled to a charismatic wolf in designer clothing. She has no hope to escape his hold. In a divorce, he’ll take the kids and let her father die.

Every day, she lives in dread of igniting Michael’s short fuse. But he exacts a surprisingly mild payback for that one mistake of acting normal.

Then, she learns of the murder of the girl in the coffee shop…