With A Shocking Twist

Fans of mysteries and crime fiction are sure to enjoy this wonderful collection by author Brysen Taylor. Filled with suspense and twists you never saw coming, these amazing stories are sure to keep readers up all night. Enjoy! 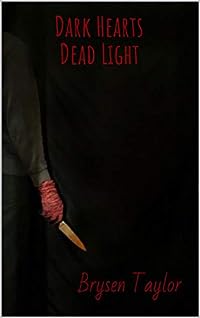 It’s a race to discover the slasher before another body drops.
A small group of friends find themselves tormented by a ruthless murderer with no boundaries. A new body drops every four hours, forcing the friends into reserved states that cause them to question whether or not the person standing next to them is the killer.
Friends are going to be betrayed. People are going to die. The killer waits at nobody and nothing to strike again. A new body must drop every four hours.
It is going to be a race to the end. The killer must be stopped by midnight before he/she disappears. But can they be found and stopped?
The only fireworks erupting throughout the sky will be gunshots. 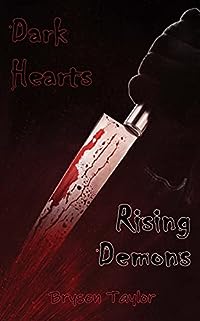 Book 2 of the Dark Hearts Series is finally here!
Warning: Potential Spoilers in this Synopsis.
Pinestock, Arkansas will never forget that day. July 4, 2018 was a bloodbath. A massacre. Nobody who lived through the day can ever be the same again.
Jane Smarths was captured and accused of the killings. The small town thought it was over. The murderer had been caught.
But then she escaped. Before she did, she promised her return the following year.
Now, one year later, the town of Pinestock, Arkansas is once again plunged into fear and despair as bodies begin dropping yet again, but it is worse this time. There are more bodies. Jane has some partners.
Can the survivors of the 2018 murders bind together in their fractured states and finally bring an end to the killings or will Jane evade prosecution once again?

The Reoccurring
by Brysen Taylor

Stuck in an incessant mystery of psychological torture and depressed over the death of his girlfriend, Oliver Garner quickly concludes his insanity is near.
Things only grow worse when the Ghost comes along. Through suspenseful revelations the Ghost provides, Oliver concludes his girlfriend did not die accidentally.
She was murdered.
With his mind forcing him closer to insanity with each ticking second, Oliver must pull himself together to find the murderer and enact his revenge before he loses himself.
But something else is in the works. The past is coming back in a haunting thrill as one final attempt to kill Oliver for good, but he knows better than to succumb to such a disease.
It is going to be a thrilling and suspenseful ride to the death. A ride that Oliver and his investigative team must take to end a years-long murder spree still in the works. The end can only come with the death of one side. It is either the killer or Oliver. 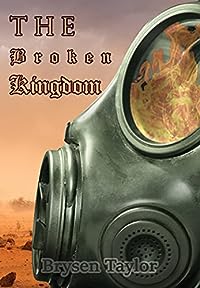 The Broken Kingdom Book 1: The Scorching Desert
by Brysen Taylor

A bloody war has erupted throughout the desert, threatening the very foundations of the mighty Kingdom.
In a dystopian society, Citizens are punished for speaking out against their government and Rules are passed with no votes.
A war quickly spawns between the Citizens and the Kingdom’s government, paving the way for an action-packed and suspenseful conflict that can only end with the collapse of one of the armies.

Everything changed when Experimentee 2-4 escaped the Chambers of the Leadership House. Another Uprising began — the third in the span of two months — spawning massive hysteria across the Kingdom. The corrupted government threatened violent actions against anyone who dared to act out against them.

Every attacker in the Third Uprising was Exiled into the grueling desert with nothing but the clothes they carried. Their sole purpose was to fight through the miles of rough terrain and cruel heat to reach their shattered Kingdom again. They needed to overthrow their tyrannistic government to save the Citizens…

But something else is in the desert. Damien, an Exile from the Third Uprising, has been receiving mysterious visits from a Ghost. The Ghost provides insight on the Kingdom, including a horrific sight into its dark secrets and darker history.
The Exiles from the Third Uprising must journey back to their Kingdom before the Citizens fall victim to the corrupted government. But they aren’t alone… Darknesses lurk around every corner. 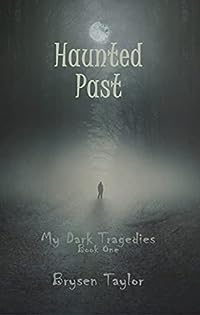 Trapped in a bloody repetition of his haunted past, Casey finds himself in a massive mess of familial betrayal, hidden lies, and a psychotic mind. His insanity only worsens when he meets Julian and Charlotte, two close friends that contain connections to his past and future to an unfathomable degree.
Then the stalker emerges. Casey quickly finds himself to be the target of a ruthless man who has unfinished business with him. This man — another person from his evil past — has returned to kill Casey to finally fulfil his murderous rages.
Then there is Amelia. Casey finds himself oddly enthralled by her calming presence, but everything changes when the man and other dark figures from Casey’s past begin targeting her, forcing Casey into an endless war with himself and his own mind.
Everything connects to Casey’s forgotten past. It is going to be a war to the end. A war that will undoubtedly throw Casey and his allies into a fight for their lives.