Okay Brain, I Hear You

We have so much planned as a family this weekend I am already exhausted. Is that possible? Can you be exhausted from things you haven’t done yet? We are doing a lot of fun stuff, so it’s not like it won’t be a great two days. Maybe my brain should lie to my body, and tell it that we are spending the whole weekend on the couch. My brain should only let my body know an hour or so before when it is time to do something. Yes, that is a good plan.  My brain to my body: HEY Silly! Go sit on the couch and don’t move. 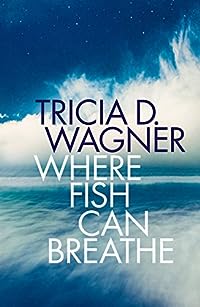 Where Fish Can Breathe (The Star of Atlantis)
by Tricia D. Wagner

Ten-year-old Swift is weary of being “the Lad,” and he longs to feel a sense of belonging with his three older brothers. When a chance strikes to go night fishing together on their father’s mighty brigantine, the Regulus, it seems the perfect chance for Swift to prove himself.

When night falls, however, when stars rise and the fishing begins — as Swift ventures into the wilds of the sea and its creatures — a sense of alienation creeps in.

To realize his place in the strange water world, he must summon the courage to confront the North Atlantic with all its savagery. And to learn what it means to be one of four brothers, Swift must rally the bravery to reveal to them, at the heart, who he is.

Come sail the North Atlantic with Swift and his family in this poignant coming-of-age novelette. 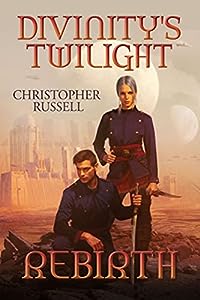 A world consumed by war. An ancient evil resurrected. A millennia-old bargain comes due…
When two blades clash, the third will fall, and the fate of all will be jeopardized. To save Lozaria, the failures of the past must be atoned for by a new generation of heroes. The time has come for mortals to cast off sight and, in doing so, truly come to see…
Victory is never absolute.

Seven centuries ago, the forces of order won the Illyriite War on the plains of Har’muth. Darmatus and Rabban Aurelian slew their elder brother, Sarcon, the despotic architect of the conflict, then sacrificed themselves to banish the cataclysmic vortex opened with his dying breath. The first advent of the Oblivion Well was thwarted. Even without their vanished gods, the seven races of Lozaria proved themselves capable of safeguarding their world.

Or so the story goes.

The year is now 697 A.B.H. (After the Battle of Har’muth). Though war itself remains much the same, the weapons with which it is waged have evolved. Airships bearing powerful cannons ply the skies, reducing the influence of mages and their spells. Long-range communication has brought far-flung regions of Lozaria closer than ever before. At the center of this technological revolution are the three Terran states of Darmatia, Rabban, and Sarconia, who have fought a near ceaseless campaign of seven hundred years in an attempt to best each other. The roots of their enmity lie buried beneath the wasteland of Har’muth, a place all three nations consider best forgotten.

However, an ancient power sealed within Har’muth has not forgotten them, and the descendants of those who fought on that field must now take a stand to rectify the mistakes of the past… 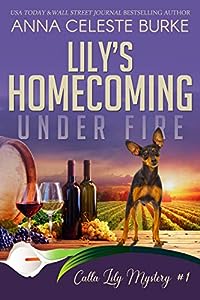 When Lily Callahan returns home to California’s wine country, sparks fly amid a hail of bullets as she and Deputy U.S. Marshall Austin Jennings take cover.

Money, fame, and love all come into play as motives when Lily and Austin try to discover who wants Lily dead. The trouble begins soon after Lily’s beloved Aunt Lettie dies and leaves her vineyard estate to Lily — is it about the money? Counterfeit wine and growing suspicions about Aunt Lettie’s death add to the mystery. Life in small-town California wine country is a tangled vine of mystery, suspense, and intrigue.

Grab your copy of this fast-paced mystery with twists and turns, romance, and a dash of humor from USA Today and Wall Street Journal Bestselling author, Anna Celeste Burke.

Welcome to a world of magic and mystery…
With King Arthur and Merlin overwhelmed by evil supernatural forces the NYC Werewolf arrives just in time. Get ready for a wild ride including battles with traitorous knights, a vampire and witches!

A suspenseful and mysterious young adult time travel fantasy with werewolves and vampires. Perfect for anyone that enjoys reading an exciting adventure story full of enigmas, mythology, magic and love.

Nonstop action & fill of surprises. You won’t want to put this book down. 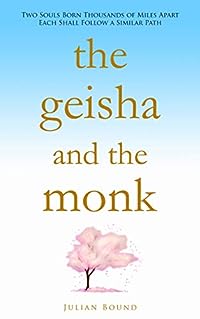 The Geisha and The Monk (Novels by Julian Bound Book 3)
by Julian D. Bound

THE GEISHA AND THE MONK a novel by JULIAN BOUND

Two souls born thousands of miles apart, each shall follow a similar path

KYOTO, JAPAN 1876: a girl is born into a lineage of famous geishas. Following her upbringing and training within a Tokyo geisha house her true identity is at last revealed.

GYANTSE, TIBET 1876: a boy is born into a small farming community. Recognised to be the reincarnation of a revered Lama he is taken to Shigatse’s Tashi Lhunpo Monastery, it is there his unique destiny is unveiled.

SAN FRANCISCO, USA 1900
At the dawning of a new century fate brings them together, a lifetime away from all they have ever known.

With their stories running in parallel, ‘The Geisha and The Monk’ tells of the training of a Tokyo geisha and a Tibetan Buddhist monk. Although coming from different backgrounds both share a matching destiny, one discovered when meeting on the shores of San Francisco’s harbour front.

‘Eventually, two souls destined to meet shall do so, their connection instantly recognised within the eyes of the other.’