At 4:30 this morning the neighborhood dogs were having a bit of a chatter. Not a bunch of barking all at once, but a few loud barks every few seconds. I counted at least four different dog barks coming from different houses. What on Earth did they have to talk about that early in the morning? Maybe one was scared and barked, and the other were telling it to be quiet. It reminds me of when I was in school and the teacher would tell the class to be silent. There was always those few kids that would take it upon themselves to shoosh the class. They would then shoosh the shooshers and it would be this non stop circle of shooshing.  I was never a shoosher. Seemed like too much work. 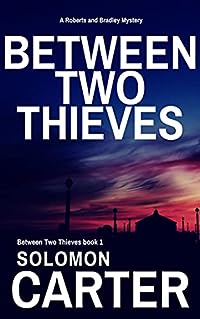 “Crime thriller at its best!” The thrilling page turner from Solomon Carter.

Private Investigator Eva Roberts is hired by a former school friend to save her life. Eva must stop her husband’s spiralling violence before Lauren’s life ends in tragedy. But all is not as it seems. The violence is sinister, but the real danger lies elsewhere.

But the domestic case soon feels like a distraction when a second body is found on the beach… And what started out as a day of relaxation soon turns into a dangerous nightmare.

The beach murders appear to have nothing in common. But the truth goes deep into the heart of a crimewave which is tearing the town apart.

The private detectives follow the clues to track down a killer… and Eva’s case takes a twist at the worst possible time.

Mystery, danger, and intrigue lure Roberts and Bradley into a deadly case of dark crime and even more sinister motives. 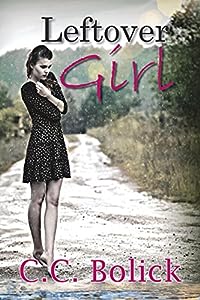 The truth will set you free… unless you’re Jes Delaney.

Eleven years ago, Jes appeared barefoot in the headlights of an old Ford. A truck driven by a man who not only saved her life, but also adopted her. At fifteen, she can’t remember anything before that night. Life is great – when Jes can look past the fact they’re always on the run from the people who could lay claim to her.

Her mom’s hometown seems like a safe place to hide. Here they’re like a normal family and Jes finally has real friends. She even falls for a guy who likes her though he’s definitely off-limits. Who needs the kind of drama her messed up life brings? Problem is, the more Jes looks around, the more she thinks something is wrong with her.

No one else dreams of spaceships or worries what might happen if people find out the truth. No one has to lie about who they really are.

When Jes befriends a strange new student, she discovers he’s searching for a missing girl who might be her. Not only that, he’s from another planet. Could she be this mystery girl and what will it mean for the family determined to protect her?

What makes this book different? It’s teen drama mixed with aliens and powers, soft sci-fi that’s heavy on dialogue. Leftover Girl has a complex mystery plot, a cliffhanger ending, and should be read as part of a series. 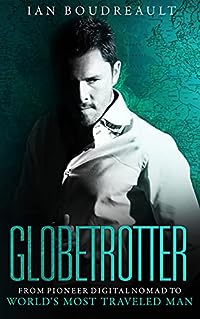 Globetrotter: From Pioneer Digital Nomad to World’s Most Traveled Man
by Ian Boudreault

“In the pre-Covid-19 era, being a digital globetrotter and getting to every country on earth seemed to be all the go, so Ian is certainly on to a trend” – Tony Wheeler, co-founder of Lonely Planet

The Christopher Columbus of the 2000s. – A true and breathtaking story of dedication, perseverance, and innovation in entrepreneurship and alternative living. A testimony of how to push the limits of human curiosity to new boundaries.

What could you possibly learn from over twenty years spent circling around the globe, seventeen of them non-stop as a self-made digital entrepreneur? How much could your life change from exploring every single country of the world, a total of 230 countries including every single one of the 195 recognized by the United Nations? This is the account of an incredible journey with twists, turns, and perpetual adventures! Seventeen years living and working from a carry-on backpack, having only the bare essentials to live comfortably, along with a home office to fund travels through the wonder of passive income. The story of how a man destined to a promising engineering career became troubled by the prospect of living the rat race through a nine to five routine, triggering his nomadic instincts to choose a life where he dedicated every single day of his existence to living, breathing and experiencing freedom, adventure and wonder.

An inspiring testimony of alternative ways to live life outside the beaten track that we’ve always known. A reflection on the level of freedom one can enjoy when granting himself the right to do so. A thirst for knowledge guided by a desire to encounter fellow citizens of the world, from tribesmen to royalty, from Afghanistan to Zimbabwe, by means of land, sea and air. A journey motivated by only one desire; discover the unknown and to live every single day as if it was the last.

Giving up the security and comfort of western civilization is not the most intuitive thing to do. This is the story of a lifetime wanderlust dreamer who decides to throw away his freshly earned engineering diploma to risk an extraordinary path through life. The concept of online entrepreneurship was still unknown at the time, when this dreamer decided to pioneer a new lifestyle and go “all in” with a digital nomad set-up to fund his love of traveling. A journey that would slowly but surely guide him to and through every country of the world.

A long voyage that invariably brought a catalog of juicy unexpected anecdotes. His habit to always test the territory and socialize in the most diverse situations brought him to infiltrate tribes in Africa, the Middle East and the Pacific Islands, join the ranks of surf communities on the most remote seas, and even share meals with Mongolian Nomads as well as Afghan ministers. His unorthodox style of traveling brought him to navigate the seven seas from cargo ships to yachts, crossing international borders through Jungles on motorbikes, and even boarding intercontinental trains through tens of thousands of kilometers, many times bringing him face to face with the reality of the world such as the horrors of war in Syria, Yemen, and Iraq, while escaping the hands of terrorism on several occasions.

This is the story of a restless adventurer with a zest for life. 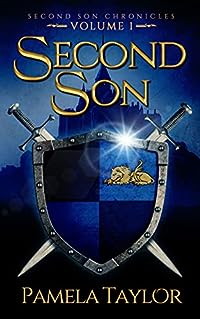 A quiet life of service is all he desires. But when peace becomes tenuous, his commitment to duty leads him to deadly danger…

14th century. Lord Alfred is content with his mundane destiny. Too far removed from the throne to ever ascend and more interested in scholarship, he still willingly accepts his kingly grandfather’s charge to execute a secret mission. But when his bid to protect the heir leaves him captive to a dangerous man, the young lordling fears he’ll see death before his family will pay any ransom.

Tormented by visions of never meeting his unborn child, a weary Alfred is forced to march farther and farther from home as his hope of escape grows desperate. So when he senses time running out, the modest noble girds himself to seize one last chance at freedom.

Can Alfred slip his bonds and survive a harrowing struggle towards all he holds dear?

Second Son is the historically inspired first book in the Second Son Chronicles of Renaissance fiction. If you like bracing adventures, heroes with a love of learning, and intricately detailed settings, then you’ll adore Pamela Taylor’s complex tale. 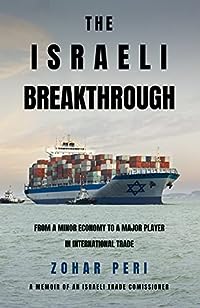 The Israeli Breakthrough: From a Minor Economy to a Major Participant in International Trade
by Zohar Peri

How did the State of Israel evolve from a marginal economy to one of the significant players in the global trade market?

For many years following its establishment, the small State of Israel was an impoverished country and suffered from great trade deficit, but since the 1980’s it has risen up into a productive, trading country with a thriving economy. How was all this possible despite intricate political challenges?

During the years of technological revolutions and virtual cross-continent domains, the world was slowly globalized. New trade blocs and trade accords were formed, traditional political alliances fell apart, and a long process of peace in the Middle East began.

Zohar Peri served in many positions in the Israeli Ministry of Industry and Trade – commercial attaché in Bonn, Representative in the international economic organizations in Geneva, Switzerland, head of the Foreign Trade Department and Israel’s Economic minister to North America. He was involved in every one of the crossroads that led Israel to its position as a leading player in international trade.

His unique book sheds light on fascinating historical events, as well as the diplomatic and administrative behind-the-scenes work that led to the small Middle Eastern country’s breakthrough as one of the most significant trading economies in the world.

This memoir is interwoven with stories of both edifying and amusing events experienced by the author.