If you’re looking for a romance you will not be able to put down, then look no further than the Rock Star Romance series by Jessica Marlowe. These books need to be read in order so there are no spoilers! You will fall in love with these characters and will want to see how all of their stories unfold. Enjoy! 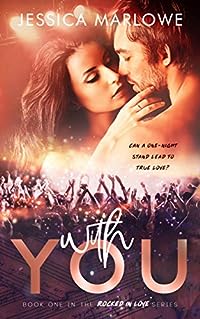 With You: A Rock Star Romance (Rocked in Love Book 1)
by Jessica Marlowe

For rocker Jack McBride, it’s all about the music and the fans. He’s not into all the celebrity BS.

Now that he’s had some distance from his messy breakup, he realizes his ex may have been more attracted to his fame, and what it could do for her, than she was to him. He’d have done anything for her. And he did. But it was never enough.

After enjoying the perks of no-strings sex for a few months, Jack’s sick of meaningless one-nighters.With their concerts selling out across the globe, he focuses all his energy on the band, their music, and the fans. After Emily catches her fiancé cheating, her well-planned future crumbles, and with it her chance at happily ever after.

When they meet, their chemistry is explosive, but she’s not interested in dating anyone, let alone a rock star. But Jack’s not a stereotypical bad boy musician. 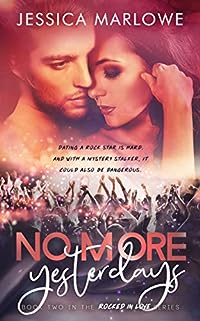 Dating a rock star is hard. And with a mystery stalker, it could also be dangerous.
Emily soon learns that phone calls, texting, and Skyping are pathetic substitutes for being together. She misses Jack, but how can they have a relationship like this?

With a twenty-month tour ahead of him and his stalker still out there, Jack will do whatever it takes to keep Emily safe — even if he has to go behind her back to do it. Can Jack and Emily’s relationship survive? Anything worth having is worth working for… 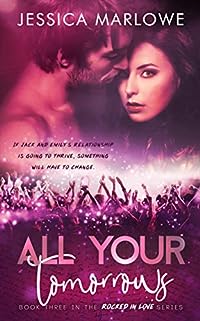 All Your Tomorrows: A Rock Star Romance (Rocked in Love Book 3)
by Jessica Marlowe

If Jack and Emily’s relationship is going to thrive, something will have to change.
After an amazing week together, it’s difficult for Emily to return to her everyday life. Jack’s tour schedule will keep him away for over a month. Being apart from him is even worse than she thought. But knowing what to do to fix it and doing it are two different things.

Jack’s girl deserves a normal life. She’s had to rebuild her life once, so he won’t ask her to give up her career for his. Since he’s miserable without her, he’ll have to be the one to change. Jack will do whatever it takes to make Emily’s dreams come true. His mystery stalker has been quiet but is still out there. No one will stop me from being with Jack. No one…