We survived the first day of school. It wasn’t the smoothest day, but I got them to school in one piece.  Now it’s time for me to feel guilty for not posting a First Day of School picture of my baby bassets at the front door with their backpacks on Facebook.  My phone has been blowing up with everyone’s first day of school pictures, and I enjoy seeing them, but unfortunately that is the only thing on my timeline. Well, that and advertisements for weight-loss products. I would be offended by FB always advertising weight-loss pills to me, except for the fact that I am interested. Crossing my fingers for the magic pill!! Now that the first day of school is done, it’s time to get down to the business of making holiday decorations and presents. Like it or not, once the kids hit the school desks, time flies even faster. 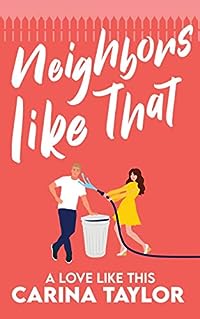 He started our war-I intend to finish it.

Buying a house in the suburbs was supposed to be low stress: my own little haven to decorate and landscape exactly how I want. Instead I find myself locking my garbage can to keep pests out-pests that are six-foot-one, green-eyed, and far too good looking.
My trespassing neighbor is rude and entitled. It isn’t long before war is declared and I find myself stooping to immature pranks.
When trouble lands at my door, my unlikely neighbor starts knocking on my heart. Was I ready to answer?

I will win no matter what it takes.

I moved to this neighborhood for a fresh start. The one thing I’m not looking for is a relationship, so when I mistakenly assume my neighbor is hitting on me, I lash out at her.
I didn’t mean to start the war, but now she taunts me from across the street. Our harmless pranks have become the highlight of my day. I should stay away-but I can’t. I want to spend more time with her.
When a stalker begins sending Kylie a series of notes, I’m only too willing to help protect her.
Maybe I’m looking for a relationship after all. 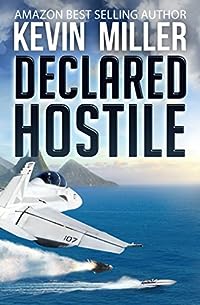 Pack your sea-bag for another high-stakes military techno-thriller from the Kindle Top-100 author of RAVEN ONE.

The United States has been fighting the so-called “War on Drugs” in the Caribbean for thirty years. In DECLARED HOSTILE, the gloves come off.

The American aircraft carrier Coral Sea is on routine training in the Caribbean when, in a scenario ripped from the headlines, it is thrust into a deadly conflict no one expected.

Fly a carrier-based FA-18 Hornet with the hero of RAVEN ONE, Commander Jim “Flip” Wilson, along with his wingmen Olive and Weed, as Captain Kevin Miller takes the reader behind the scenes in an authentic story that is loaded with supersonic action in Caribbean skies and human drama in the Pentagon, in the carrier staterooms, and in the covert safe-houses of high-tech illegal combatant enemies. More than a genre techno-thriller, DECLARED HOSTILE also explores the morality of conflict and the philosophy of warfare with those at the tip of the spear who actually fight. 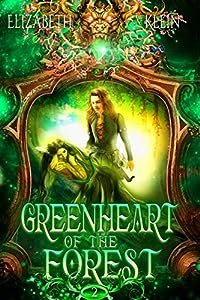 Greenheart of the Forest (Bethloria Series Book 2)
by Elizabeth Klein

Surviving venomous plants and a turbulent journey downriver pursued by black wolves, Dougray, Robbie and Belle arrive at Syone, the fabled sanctuary of Healers. It offers warmth and welcome, and a respite from the ravages of the untaming.
Or does it?
As Dougray and Robbie discover their parents may still be alive, they also uncover a dark truth about the healing sanctuary. When its walls are breached by monsters, they are forced to flee under the mountain. Narrowly escaping ravenous arthropods, they are captured by a self-appointed tyrant and taken to Wychwyre as his prisoners. Here they uncover his sinister schemes for ultimate power. This tale sends Dougray, Robbie and Belle even deeper into adventure… Greenheart of the Forest is the second volume in Elizabeth Klein’s Bethloria fantasy series. 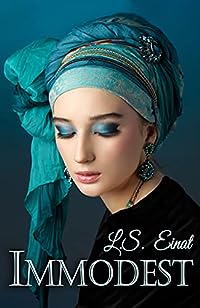 Immodest: A Novel
by L.S. Einat

In a world ruled by strict traditions and laws, one brave woman is willing to risk everything to earn her freedom.

Perla, a young woman, belongs to an extreme Ultra-orthodox stream.

After she turns eighteen and her parents have a hard time finding a match for her, she is thrown into the arms of a man from the community, whose life next to him is unbearable.

Gradually her sense of distancing from this rigid way of life deepens and the internal conflict she is in threaten to erupt to the surface. The need to break free from the chains that imprison her in such a narrowly defined world, leads her to discover a completely different one.

A chance encounter with a man and the feelings that ensue, widen the crack that has been opened in her life, until she ultimately makes a decision, one from which there is no way back.

Immodest tells the story of a courageous young woman who chooses to obey the commandments of her heart and not give up, despite the huge price she is forced to pay. 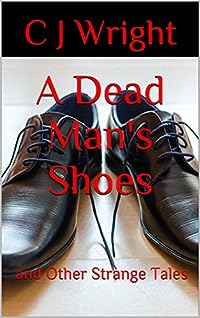 A Dead Man’s Shoes: and Other Strange Tales
by C J Wright