The Conquistadors Trilogy by Dennis Santaniello

Set in the dense jungles of 1530’s Peru, the Conquistadors Trilogy by Dennis Santaniello, explores the Spanish conquest of the New World.  A violently real portrayal, this trilogy is an epic historical fiction thriller that presents men at their best and their most cruel. Enjoy! 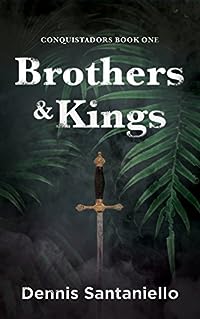 In the dense jungles of 1530 Peru, King Manco Inca finds himself in a hell that he cannot escape. The evil and vicious Pizarro Brothers and their fellow Spanish conquistadors have wreaked havoc on his lands and have conquered his kingdom.

Will Manco salvage his kingdom? Will the Spanish thirst for gold ever be quenched?All will be revealed in the first installment of the Conquistadors Trilogy: “Brothers and Kings”. Grab it now. 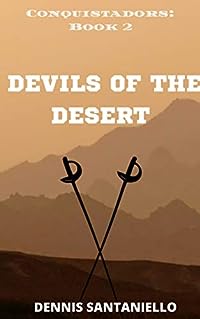 After hearing endless rumors of the Seven Cities of Gold and Sardina’s tale of Peru, Francisco Vazquez de Coronado sets forth an Entrada of his own. However, the harsh and unexplored territories of the Arizona desert gives no quarter and proves to be just as cruel as the conquistadors themselves.

Hopeless and lost, the Spanish miraculously find a strange mystical shaman they name “The Turk” who knows the whereabouts of these illustrious cities and promises to lead them there. They simply must pass through another hell.

Will they get there? Will they find the cities?

All will be revealed in the thrilling, second installment of the Conquistadors Trilogy: “Devils Of The Desert”. 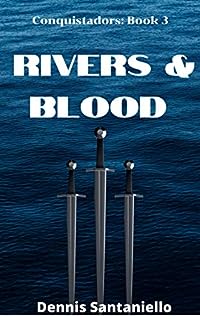 Still plagued and damaged by the desert, Sardina follows the River’s End to find his soul. But before he gets there, he finds his old comrade from Peru: Hernando de Soto, a ruthless man of pure evil.

They play the final chess game of their lives. But as the game continues, Sardina discovers that Soto is currently in charge of expedition of his own. And as the bloody, savage quest for glory and gold down the Mississippi River continues, the tribes and kingdoms of La Florida, Cofitacheque, Coosa, and Tuscaloosa, will never be the same.

Will Soto find his fortune? Will Sardina find his soul?

All will be revealed in the thrilling conclusion to the Conquistadors Trilogy “Rivers and Blood”.