Maybe You Should Set An Alarm

It wasn’t until today that I realized that butterflies are NOT morning creatures. The three I have in the large habitat slept in way past a normal animal time to wake up. I didn’t see movement until 11am!! Kinda lazy if you ask me. 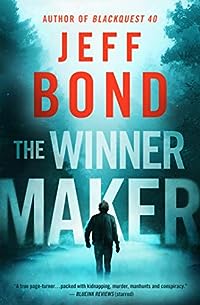 The Winner Maker
by Jeff Bond

To his Winners, class favorites Fiske designated over the years for their potential to “Live Big,” it’s heartbreaking. Fiske did more than inspire with soaring oratory; he supported their ambitions into adulthood. Four of his brightest former stars reunite to find him, putting high-octane careers on hold, slipping police barricades, racing into the wilds of Northern Michigan for clues about the fate of their legendary mentor.

Others don’t see a legend. They see an elitist whose time has passed.

As the search unfolds, churning up feints and betrayal and explosive secrets from the Winners’ own pasts, each must decide how far they’ll go for Fiske. Will the truth affirm him? Or has this cult of hyper-achievement spawned a thing so vile none of their lives will survive intact? 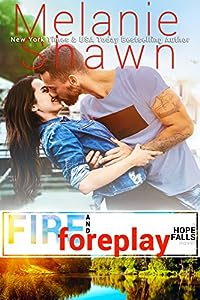 One look… That was all it took for Gabe Maguire to realize something was missing in his life. After beating cancer and returning to the cage to claim victory in the octagon, Gabe was ready to settle into his life in Hope Falls as a firefighter. The sexy MMA champion was grateful to be alive but still felt like he was just going through the motions until he laid eyes on her.

One promise… That was what Adriana Hale was determined to keep. As a young, single mother raising her twin girls and her late cousin’s son, Adriana was willing to sacrifice anything for her kids, including her heart.

One night… That was what brought them together, but could it also be what would tear them apart. After realizing a connection that will change everything, will Adriana and Gabe find the happiness and love they both deserve or will fate have other plans for them? 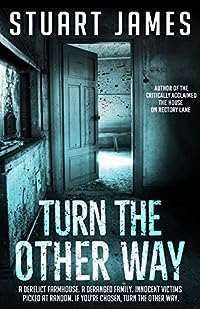 Turn The Other Way
by Stuart James

Sometimes revenge is the deadliest game of all.
A derelict farmhouse in the Essex countryside.
A deranged family.
Innocent victims picked at random.
If you’re chosen, Turn The Other Way.
Simon Bairstow is a top London surgeon. He’s performed dozens of life-saving operations. But something goes horribly wrong. The machine Eve Johnson is attached to flatlines, and suddenly her parent’s world has collapsed.
They’re hellbent on revenge, someone to answer for the horrific error that’s been made.
Noah and Jess are driving home on a busy dual carriageway and stuck in traffic. They hear thumping coming from the back doors of the transit van in front of them. When Noah steps out onto the road, he hears muffled screams.
He opens the back doors and what he sees shocks him to the core.
The van pulls off, spilling Noah onto the road.
Ignoring his wife’s plea to leave it, he hits the accelerator in pursuit of the van.
Chloe’s parents are missing. She hasn’t seen them since they left the party in Hampstead on Friday night. She needs answers, deciding to take matters into her own hands.
A serial killer is stalking the streets of Islington in North London late at night leaving his victims in a horrific way.
The press have dubbed him the Angel Attacker.
A terrifying tale of revenge with a twist that will hit you like a sledgehammer. 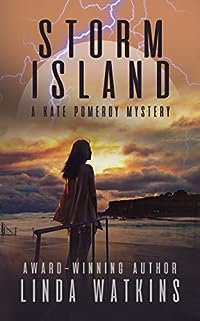 A body found hanging from the ceiling fan in the tower room of the old manor house on Storm Island.

For nineteen years, Kate Pomeroy has suppressed that memory. A second-year-resident in surgery, she thinks she has her life under control. But a curious conversation overheard while taking a catnap launches her on a descent into a world filled with nightmarish visions that cause her to doubt her own sanity.

An Unexpected Romance Battered by Waves of Terror, Old and New

Sent to Storm Island to rest and recuperate from an apparent breakdown, Kate is forced to come to grips with memories of the summer her mother died as well as new terrors that plague her mind. Even the blossoming of an unexpected romance with islander, Jeremy Bradshaw, cannot keep her fears at bay for long.

A Mystery of Her Own Making?

The discovery of a strange little silo, hidden deep in the woods, spurs Kate to action as she tries to unravel its mysteries. But is the silo real or just another illusion created by her tortured mind? 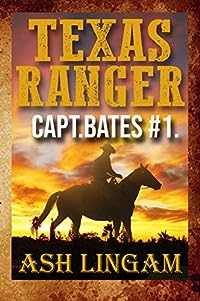 Texas Ranger Rowdy Bates rode with Captain Ridge Creek for the better part of his youth, right up until his own commission to captain, first in Laredo then in San Antonio and finally back to take over the Laredo post. Bates did as he was ordered but never could shake the fact that his friend and mentor had disappeared off the face of the earth, leaving little behind but rumors and gossip. Bates finally obeyed his feelings, took a leave of absence, and followed the sightings and rumors of his old boss’s travels, heading north to Kansas, Wyoming then to Deadwood in the Dakota Territories, seeking out the truth of what happened to his dear friend… wishing against all the odds that the captain was still alive… and if he wasn’t, then learning where he died and was buried.