Food Will Make Them Happy

I am still trying to figure out how the heck I am going to feed 50 hungry football players and coaches. So what am I doing? I am making cup holders. When you don’t have a clue what to do… find anything else to do. That’s not entirely true though. I sent out a few more emails to restaurants and said a few prayers. My partner in crime isn’t worried at all. She said she knows how we can make an easy pasta dish and salad for the boys, and they will be just fine. For some reason I like to make it super complicated. That, and I really don’t want to cook. Why on Earth did I volunteer for this? I hate cooking. Oh but I do love that the boys are back in school and football season is BACK! I love the cheering in the stands, and the snack bar nachos. I think I was forgetting how much fun this all is. Okay… I feeling the excitement now! YAY FOOTBALL!!!! 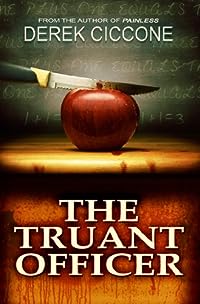 The Truant Officer
by Derek Ciccone

Would you try to save your marriage, even if you thought your wife was plotting to kill you?

To have and to hold from this day forward…

Chandler, Arizona: Darren McLaughlin is living a nightmare as he watches his wife, Lilly, be abducted from a local gas station. Things then go from bad to worse.

For better or worse…

Manhattan: US Attorney Aaron Eicher cringes when he learns the identity of Lilly McLaughlin’s abductor. His star witness is now on the run, and in mortal danger. It’s the latest twist in his case against Russian crime boss Viktor Sarvydas. A case that has taught him a new math — when it comes to the Red Mafiya 1+1=3.

Israel: Viktor Sarvydas smiles upon hearing the news. He knows it’s just a matter of time now before he comes face-to-face with the man. A meeting that he’s craved since he learned the secret.

Until death do us part…
It’s a mad dash across the globe to find Lilly and her captor. Who will reach them first — the FBI? The reporter who stumbled upon the story of her life? The dueling Russian assassins?

Or the one man who can save them?

The Truant Officer is in high gear from the riveting initial scene to the final shocking twist. Go along for the wild ride. Just be sure to buckle up!

The court of the gryphon king has ever been a dangerous and seductive place where Ishtar’s blessing is both the hot breath of passion and the cold kiss of steel.

Yet as the childhood companion of King Ditanu, Iltani never doubted her place in either his kingdom or his heart. Then duty called her away to complete her training.

Now, a woman grown and a sword-maiden to the goddess Ishtar, Iltani returns and takes up her sacred destiny to protect the royal line. But so much has changed.

The youth she knew is gone. A stoic, untouchable king now sits the throne.

Does anything of their once deep bond survive?

But the greatest threat of all is no mortal adversary. Ereshkigal, the Queen of the Underworld, desires to make Ditanu her consort and seize his kingdom for her own. 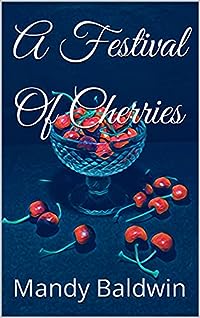 A Festival Of Cherries
by Mandy Baldwin

In a sleepy hamlet in southern France, a group of ex-pats live their dreams of escape. But each has a story, and some are darker than others – and one of the community finds that her unhappiness seems to reflect the past too closely. As the spring brings the lush valley to life, and the Cherry Festival approaches, tensions mount with the rising temperature, and secrets which were long thought hidden come to light. Sometimes, it’s not possible to walk away. Sometimes, it’s better to run.
“Ok, I have to admit, I am now in love with the French country-side thanks to “Festival of Cherries”. This was my first exposure to the writing style of Mandy Baldwin, but it definately won’t be my last! She has a wonderful way of not only bringing her characters to life for the reader, but allows us a deep insight into them. I can’t wait to share this book with my neighbors.” Goodreads Review 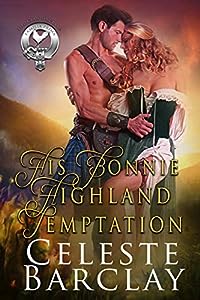 Siùsan Mackenzie has spent a lifetime feeling unwanted and unloved after her mother dies in childbirth and her father abandons her for a new wife and new family. Forced to start her life in her clan’s village and then brought to the castle as no more than a servant, Siùsan longs for the chance to escape her clan and the hurt of being ignored. When her father, the Mackenzie chief, unexpectedly announces her betrothal, Siùsan is filled with fear that her father is sending her off to an ogre who will treat her no better or possibly even worse. When she discovers who her intended is, she seizes the chance to leave behind those who sought to punish her and manipulate her.

Could Siùsan’s father finally have done right by her? Will Siùsan find happiness in her new home, or is her future only to repeat her past?

Callum Sinclair, the heir to Clan Sinclair, knows that he will one day have to marry to carry on his clan’s legacy. He just did not know that his bride-to-be would arrive less than a week after his father announced the betrothal. Enjoying the company of women has never been a struggle for Callum, but as are all the men of Clan Sinclair, he is committed to being a faithful husband. When Siùsan arrives, Callum is unprepared for the gift his father has given him in his soon-to-be wife. Callum is eager to get to know his fiery haired bride who barely comes up to his chest, and Siùsan is tempted by Callum’s whisky brown eyes and gentle nature.

But if only it were that easy.

A tangled web of jealousy and deceit is woven when members of Siùsan’s clan join forces with outsiders to keep them apart.

Will Callum be able to reach Siùsan to prove to her that she will never be unwanted or unloved again? Can Siùsan put her trust in a man she desires but barely knows?

Meet the members of Clan Sinclair in this second installment of the five book Highland romance series. The Clan Sinclair features Mairghread and her four brothers, Callum, Alexander, Tavish, and Magnus. Each member of the Scottish clan faces challenges as they meet their fated match. Each novel in the series is a stand alone, but they are best read together.

Cooking with Dutch ovens makes food taste so good! Prepare easy one-pot meals in a Dutch oven that your family will love!

Simply put, a Dutch oven is just a big heavy pot with a lid. The lid is tight fitting, which allows the pot to retain moisture, heat, and flavor. The material used to make Dutch oven is usually cast iron or aluminum or enamel makes it possible to use your Dutch oven on the stovetop to fry, boil, grill, brown, and in the oven, to braise, bake, and slow cook, making it the most versatile pot in your kitchen.

The many advantages of a Dutch oven include:
Versatility. Because you can use it on the stovetop and in the oven, you can cook in it almost any way you want – boil, fry, broil, bake, stew, etc.
It is pretty. Many models come in colorful designs that dress up kitchen shelves and tables. It has a vintage look. Dishes can be brought straight to the table without the need for a serving dish.
It is durable. Many owners have had their Dutch ovens for decades and, except for some discoloration and minor chipping, their pots still work like new.
It is energy efficient. The thick walls made of cast iron and the tight-fitting lid help distribute heat evenly and retain it, even after the pot has been removed from the heat source.
It makes food more healthy and delicious. The tight lid helps keep in the flavors, and the steady heat makes meat super tender. The enamel lining also prevents any undesirable reactions between acidic food and metal.
It makes cooking easy. Because you can go straight from stove top to oven, a lot of messy and time-wasting steps are eliminated from the cooking process.
It is the ideal cooking tool for camping trips.