What Day Of The Week Is It?

Good morning book lovers. Well you can tell it is summer because I woke up and had no idea what day it was… I knew I had to work but I had no idea anything else. Does that happen to you? Well anyways now it is time to figure out what else I need to do on this Thursday. – The Apprentice 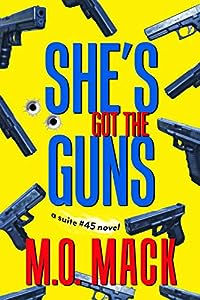 She’s Got the Guns
by M.O. Mack

What could possibly be worse than being beaten, broke, and on the run from a dangerous criminal? What if that criminal is your ex and works for the FBI?

Oh, and then there’s the tiny matter of landing a job. Not so easy for a woman on the run.

Which is why when Emily Rockford gets a gig, answering the phone for a “pest control” company, she thinks her luck is turning. Until… she discovers the business is a cover. For hit men. A big, dangerous, deadly group of them. It’s just about the last place Emily wants to be, but as she’s about to find out, once you’re in, you’re in. There is no out. There is no quitting.

Dive into tales of alpha males, swashbuckling adventures, and fated mates in this box set of paranormal romance and urban fantasy novels. Team up with wolf, fox, and coyote shifters, hellhounds, necromancers, cowboys, and kickass heroines as they face down danger, dig up the past, and fall in love. 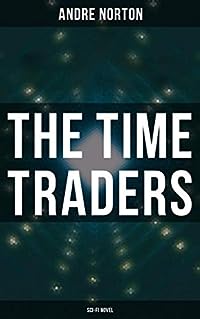 The Time Traders
by Andre Norton

At the end of the twentieth century petty criminal Ross Murdock is given the choice of facing a new psychiatric medical procedure called rehabilitation or volunteering to join a secret government project. Hoping for a chance to escape, Ross volunteers to join Operation Retrograde and is taken by Major John Kelgarries to a base built under the ice near the North Pole. Teamed with archaeologist Gordon Ashe, he is trained to mimic a trader of the Beaker culture of Bronze-Age Europe.

Sent back to southern Britain around 2000 BCE, Ross and Ashe find that their outpost has been bombed. Discovering the direction whence the bomber came, Ross, Ashe, and McNeil, the lone survivor of the bombing, follow the clues. Somewhere near the Baltic Sea, Ross, Ashe, and McNeil begin building a Beaker trading post and learn from the locals that nearby is a land populated by ghosts, a land whither no man of good sense would go. Ross gets separated from Ashe and McNeil in a night attack and must go into the taboo area alone in an effort to find them. 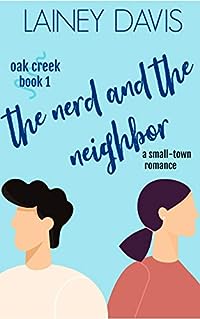 The Nerd and the Neighbor
by Lainey Davis

Hunter Crawford is a grumpy astronaut who’s fallen from grace. The brilliant scientist knows everything… except how to relate to other people. When his career comes crashing down, Hunter loses his stoic calm and flees to his hometown to wait out the media frenzy.

Abigail Baker needs a fresh start. Floundering in her father’s construction business, struggling with a boyfriend who terrifies her, Abigail takes off. She comes across a help wanted ad and heads east to see if Oak Creek holds the key to her happiness.

In the small college town, Abigail carves out an unlikely friendship with her landlord. Blunt, and brooding, Hunter just wants to lick his wounds, but his new tenant gives him other ideas for his tongue.

In a town full of nosy neighbors, hilarious antics, and Autumn Apple festivals, the unexpected lovers explore their budding passion. Will they overcome their baggage and find true love? 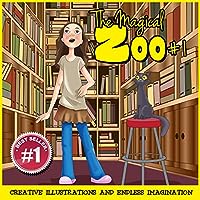 This is Sally. She is twelve years old and loves to read. Sally lives in a small town called Durham in North Carolina, and she visits the library almost two times a week. People say Sally is addicted to reading.

When Sally goes to the library, she takes Milkshake, her cat. Milkshake likes to sit on the tall stool in the library and watch Sally while she is looking for a good book to read.
Sally believes that Milkshake understands her completely, even if he can’t talk to her.

It was Monday morning, and Sally did not have to go to school since it was a holiday. What she didn’t know is that this day was going to be special.