Last night I was dreaming about the Christmas season, and I had wonderful decoration ideas. I was thrilled and couldn’t wait to wake up and write them down so I wouldn’t forget. I was a GENIUS! I just now remembered what the ideas were. Idea number one, clean the water tank of the toilet. Idea number two, rip off all the petals of a daisy. Idea number three, run around with a piece of cake. That last one sounds like a good idea, but the other two seem a bit off. Is it just me? 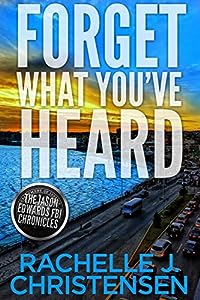 A cryptic phone call overheard by a pregnant woman makes her the next target for murder.

One small piece of conversation heard by the wrong person changes everything. When Aubree Stewart answers her phone on the way to work, she has no idea that she is now in possession of a dangerous secret — one so powerful that even the Secretary of Defense is in peril. Unable to forget what she has heard, Aubree soon finds herself swept up in a world of danger, intrigue, and murder. With help from the FBI, Aubree races to protect herself and her unborn child, but the one thing she forgets to protect is her own heart. 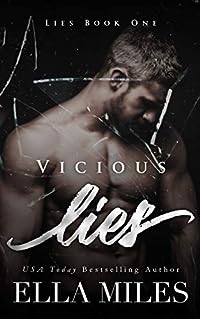 This isn’t a love story. This is a story of all the reasons we can’t be together. Reason number one: we lie.

Liesel Dunn has a secret. One I literally ripped from her hands when we were kids. Her secret was in a letter that I tore in half. I have half the secret. She has the other half. We’ve always refused to share our part of the truth, so we’ve lived separate lives. Until fate brings us back together. She needs a hitman. I answer her call. I’ll do her this favor. But she’ll owe me a debt. And I plan on collecting…

Vicious Lies is book 1 in a dark romance series. It ends on a cliffhanger. 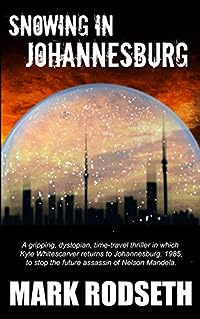 Snowing In Johannesburg
by Mark Rodseth

Snowing In Johannesburg is a gripping, dystopian, time-travel thriller in which Kyle Whitescarver is sent back to Johannesburg, 1985, to stop the future assassin of Nelson Mandela.

Snowing In Johannesburg is a gripping, dystopian, time-travel thriller in which Kyle Whitescarver is sent back to Johannesburg, 1985, to stop the future assassin of Nelson Mandela.

Set over 40 years, the story takes you on a journey of tragedy, resilience, and rebellion through Apartheid South Africa in the 80s, to a dark vision of the future beyond Mandela’s murder, and back to heal a broken country. 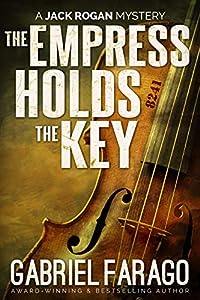 Dark secrets. A holy relic. An ancient quest reignited.
Jack Rogan’s discovery of a disturbing old photograph in the ashes of a rural Australian cottage draws the journalist into a dangerous hunt with the ultimate stakes.
The tangled web of clues — including hoards of Nazi gold, hidden Swiss bank accounts, and a long-forgotten mass grave — implicate wealthy banker Sir Eric Newman and lead to a trial with shocking revelations.
A holy relic mysteriously erased from the pages of history is suddenly up for grabs to those willing to sacrifice everything to find it.
Rogan and his companions must follow historical leads through ancient Egypt to the Crusades and the Knights Templar to uncover a secret that could destroy the foundations of the Catholic Church and challenge the history of Christianity itself.
Will Rogan succeed in bringing the dark mystery into the light or will the powers desperately working against him ensure the ancient truths remain buried forever?

THE EMPRESS HOLDS THE KEY is the first standalone thriller in the page-turning Jack Rogan Mysteries Series. If you like high adventure, exotic locations, strong characters and action thrillers with a historical twist, then you’ll love Gabriel Farago’s nail-biting mystery thriller. 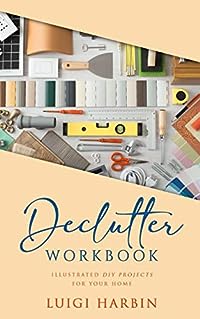 Unclutter your house… and build a home.The power is in your hands!

Besieged by clutter? Feel that you’re losing the battle against disorder? Life-changing revelations await. It won’t be easy to set things straight, but thanks to Luigi Harbin’s series, you’ll have a perfect plan of action… and what better place to start than your hearth? It’s time to cleanse the grime!

We’ve all been overwhelmed by clutter, but not everyone recognizes the impact that messes have on our psyche — and success! External problems wreak havoc within, and simply accepting this timeless fact is truly monumental.

Decluttering your daily life is absolutely essential — yes — but how does one go about the task? You needn’t look any further.

Inside the Declutter Workbook you’ll learn:

• How to avoid being overwhelmed, control your feelings, and goal set…

• The secret to turning the method into a habit, ensuring consistency…

• The RIGHT way to start decluttering both your home and office (painlessly), one step at a time…

• Hundreds of fun, effective projects to free up space…

AND MUCH, MUCH MORE…

Leading a busy life, it’s easy to let things go — to say, “I haven’t got time for this!” Yet, one who works hard without working smart is doomed to cyclic discontentment. That’s where Declutter Workbook comes in. If time is short, you CAN make more… by boosting productivity.