A true friend will always tell you if you have a little piece of spinach in your teeth or a little tiny booger showing in your nose. So with that said… have you ever told your friend they have a little piece of food in their teeth when in fact they don’t? Ya know… just to remind them that you are a true friend and you will always be there for them. No… you never have? Yaaa…. me neither. 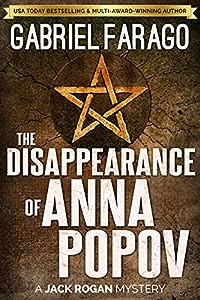 A mysterious disappearance. An outlaw bikie gang. One dangerous investigation.
Journalist Jack Rogan cannot resist a good mystery. When he stumbles across a hidden clue about the tragic disappearance of two girls from Alice Springs years earlier, he’s determined to investigate.
Joining forces with his New York literary agent, a retired Aboriginal police officer, and Cassandra, an enigmatic psychic, Rogan enters the dark and dangerous world of an outlaw bikie gang ruled by an evil master.
Entangled in a web of violence, superstition, and fear, Rogan and his friends follow the trail of the missing girls into the remote Dreamtime-wilderness of outback Australia where they face their greatest challenge yet.
Cassandra has a secret agenda of her own and uses her occult powers to conjure up an epic showdown where the stakes are high, and the loser faces death and oblivion.
Will Rogan succeed in finding the truth, or will the forces of evil prevail, causing untold misery and destroying even more lives?

The Disappearance of Anna Popov is Book 2 in Jack Rogan Mysteries Series but can be enjoyed as a stand-alone novel. 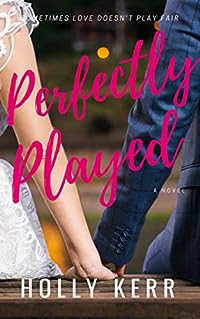 Dean’s a jilted groom. Flora’s a runaway bride. Will their pasts keep them from finding love again?

Flower shop owner Flora has waited years to say “I do” but when she gets to the altar, all she can say is “I can’t.”

Outside the chapel, ex-ballplayer Dean waits for his own wedding until his bride-to-be texts that she’s not coming.

As Flora makes her escape, she barrels into Dean. During one perfect night in Las Vegas, with strippers, syrup and later, with their lives in a mess, a friendship blooms. But will their friendship prove to be the final obstacle for their second chance at love?

If you loved Runaway Bride and like a bit of serendipity in your romance, grab your copy and find out if Flora and Dean’s love story is perfectly played. 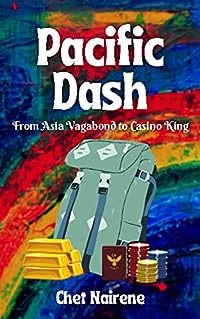 “ENDLESSLY ENTERTAINING! He is ‘Dash in a Tropical Wonderland’ in this offbeat adventure with equally quirky characters. A fun journey — don’t miss it!” — James Roby, The UrbanKnights Series.

PACIFIC DASH is the colorful new novel that follows the vagabond life journey of Dashiell Bonaventure, a young American who roams Asia for decades pursuing thrills and truth. This vivid work of gaudy fiction transports readers to foreign worlds of exotic delight and will satisfy any fan of armchair global travel, adventure fiction or romance.

In 1968, a job transfer catapults young Dashiell Bonaventure’s family across the globe, from the Illinois cornfields to a scintillating new world in far-flung Hong Kong. The innocent teen believes his expatriate high school experience will just be temporary, but he is mistaken. For thus begins Dash’s lifelong odyssey as he drifts between continents and crisscrosses Asia in constant pursuit of adventure and self-discovery.

He spends decades wandering through Indonesia, Singapore, Malaysia, Hong Kong, Macau, Taiwan, Thailand, Myanmar and more. Eccentric and flamboyant personalities roll through this unplanned life while Dash roams the jungles, beaches, and cities of the Far East. Along the way, Dash falls desperately in love while also making bitter enemies. He saves lives and also nearly loses his own. He backpacks and motorcycles across Indonesia, works in an illegal casino floating offshore from Singapore and, in the end, becomes enormously rich as a VIP junket pioneer in Macau, hosting ‘whale gamblers’ from around the region.

PACIFIC DASH is the next best thing to taking your own journey down the colorful back alleys of Asia. Sparkling with anecdotes and color, this story charms readers by parachuting them into the festivals, culture, and vice dens of the Far East. The story unwinds at a furious pace and is truly a mad dash: From a sudden disaster at international high school in cosmopolitan Hong Kong… to fantasy years jetting around the globe as the collegiate protégé to the world’s reigning literary rock star… From a stunning and dreamlike backpacking idyll through culture-lush Indonesia… to an unplanned decade aboard a sleazy floating casino in the Straits of Malacca… and finally on to Dash’s stunning rise to power as the wealthiest Westerner in Asia and king of Greater China’s casino business.

With PACIFIC DASH, readers experience life amongst Asia’s elite, the young princesses and princelings at the international high school in 1960s Hong Kong. They hang out with Aussie surfer dudes in Bali and go tromping down the 1970s hippie trail to Afghanistan, Nepal and beyond. They thrill to illegal high-stakes baccarat tables on the high seas and gorge on spicy foods eaten by hand off banana leaves. And they fall in love with the gorgeous Fiona Lo Ting-Ting while making friends with intriguing characters like Snakehead Goh, PY (Little Fatty) Lee, Chickie Schmidt and Jackson Toh.

This karma-laced tale is akin to a mash-up between a Paul Theroux travel narrative and Alex Garland’s ‘The Beach’ with a little Forrest Gump tossed in, too — the latter because amazing, truly unexpected adventures just keep happening to good old Dash.

PACIFIC DASH is the newest offering from BANANA LEAF BOOKS, a new imprint specializing in the adventures of Westerners adrift in Asia. 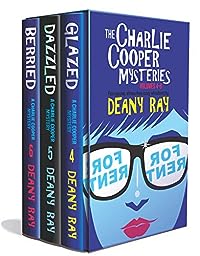 Fans of Stephanie Plum will get hooked on this quirky cast of characters and their mishaps.

GLAZED, DAZZLED and BERRIED are fast-paced, stress-free humorous mysteries with a touch of romance and compelling twists and turns. A light read with no gore or foul language, these books are perfect to unwind at the end of the day.

Charlie’s life in her hometown, Springston, is not by far as dull as she expected it to be. Stumbling over dead bodies, being held at gunpoint or getting kidnapped in the back of a van would actually qualify as a pretty exciting life. If you like to live on the edge.

Still, Charlie hopes her next case would not include dead people, guns or exploding cars. Well… one could at least hope.
When Celeste’s nephew, Lucas, is suspected of attempted bank robbery and CMC Services – a.k.a. Charlie and her best friends, Marge and Celeste – is called in to help, the girls launch into crime-fighting mode yet again. Apparently, Lucas could be a key witness in what seems to be the new crime wave in Springston.

Charlie soon finds herself trying to solve another murder, causing a small explosion involving one particular item in Marge’s black hole of a purse, dodging the advances of Celeste’s cousin, Eddy, and trying to get on board with her mom’s new healthy diet. All the while with Alex, Springston’s hot detective, right on her heels.
Running low on caffeine and running out of time, Charlie has to step up her game and out-step a killer.

Charlie, Marge and Celeste are back! This time in Las Vegas. Las Vegas? That’s right. What better way to celebrate a milestone birthday than to fly to Sin City?

When Marge and Celeste surprise Charlie with tickets to Vegas, she decides it’s going to be the best weekend ever. I mean, how often does a gal turn 30?

But Charlie wouldn’t be Charlie, if she didn’t stumble into a hot mess in the most unlikely place. She comes to realize that finding a small velvet bag full of diamonds does not mean you’ve hit the jackpot playing slots. Neither does finding a dead body when you at least expect it. Nor being chased by presumably some bad dudes for finding said body.

Talk about bad luck in Vegas.

How do you survive illicit bus rides, surprise guests and bachelor parties all while trying to stay alive… and getting rid of those darned diamonds?

There is only one answer in Vegas: you either win… or you lose.

Charlie Cooper, former secretary for the Boston PD, chocolate enthusiast and private investigator extraordinaire takes on her most puzzling case yet. Having to work for the grumpiest man in town, Edgar McMillan, the only clues she gets to solve her next case are a lurking shadow, a gunshot blast, possibly a Tony winner, some Ponies and Betty’s crew. Needless to say, nobody knows who Betty is. Or her crew.

Oh, and there’s the dead body too. Charlie hates when that happens. Found in no other place than the client’s backyard just seconds after he was shot. But what was he doing there in the first place?

Adding to the stress is Charlie’s mother, who’s current project is redecorating the house, meaning there are more cans of paint in the kitchen than a batch of fresh baked cookies. To top it off, Charlie’s love life takes a hit when her boyfriend, Detective Alex Spencer, is assigned the same case as she is.

Together with Marge and Celeste, her best friends and business partners, Charlie sets out to find the killer and reinstall peace in her life.

A mountain man legend had raised Dale Lee Patton to become a legend along the Rocky Mountain frontier. In the beginning Patton only wanted to live the simple life with his wife to raise some children on a ranch near Gunnison, Colorado. That all changed one summer day when his wife was brutally murdered.

Losing the love of his life changed Patton into something he thought he would never would be. He became a haunted and vengeful man looking for justice to be dealt in the only manner that a legend could serve it up to those that deserved it. Having a skill set that included all the current weapons of the day and having the killer instinct to be able to set aside all feelings while on the hunt, he became a driven man to extract retribution from all those that prey on the weak and helpless. Patton would become the guardian that stood between predator and prey. Using his knowledge of the Rocky Mountains, and the wilderness, he begins the life as a bounty hunter — a dead or alive bounty hunter.