The Shannon Ames Thrillers by T.J. Brearton are intriguing mysteries full of action and suspense, that will keep you up all night as they race towards shocking conclusions. Perfect for fans of David Baldacci, Robert Dugoni and Lisa Regan. 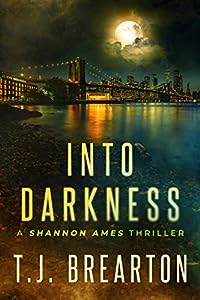 Into Darkness (A Shannon Ames Thriller Book 1)
by T.J. BREARTON

They have been judged. The verdict – guilty. The sentence – death.

Two beautiful young women are found strangled, their bodies meticulously washed and groomed. The only thing they have in common – both worked as reporters for local TV stations.

A coincidence? Or something more sinister?

Rookie Special Agent Shannon Ames is assigned to the case and soon impresses with her brilliant intuition and startling ability to think outside the box.

But as Shannon takes a more prominent role in the investigation, she finds herself drawn into a deadly dance with a master of deception, a serial killer whose victims all work in media – journalists, influencers, reporters.

Shannon’s superiors are convinced it’s part of some grand attack on the free press, but she has a hunch these killings are much more targeted. And she follows that hunch – straight into the heart of darkness… 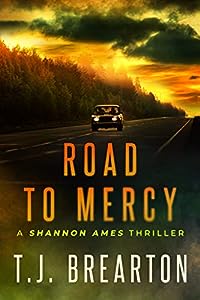 Struggling with the guilt she feels for shooting and killing a drug dealer during her freshman case, Special Agent Shannon Ames is thrown back in the deep end when former federal prosecutor Lucy Donato goes missing.

The case takes a surprising turn when Lucy’s bookish husband Bob is caught on camera fleeing the state with his two small children. Has he done something to his wife? Is he a danger to the kids?

There’s definitely something off about Bob, because it soon becomes clear he isn’t stopping for anyone. He’s smart, he’s ruthless, and he steamrolls over anyone who gets in his way.

Desperate to protect the kids, Shannon pursues Bob cross-country, following a trail of stolen cars, brutal bar fights, and dangerous drug dealers. But something isn’t sitting right with her – why would a meek office worker suddenly blaze a trail of chaos across several states? What does he want? Where is he going? 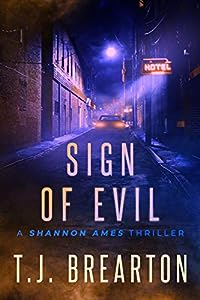 They came looking for pleasure. They found only pain.

A serial killer in New York’s South Bronx district is targeting clients of local sex workers. The victims, all male, are either burned alive or beaten to death.

With the body count mounting and no real leads, the FBI decides to put someone in undercover.

Enter rookie agent Shannon Ames. Suited for deep cover work because she is single, without family ties, Shannon is young enough to pass herself off as a working girl. More importantly, she is smart, energetic, and determined – her superiors know she’ll do whatever it takes to crack the case.

But spending her nights on the streets as she hunts for the killer takes its toll. Shannon’s personal life is falling apart, her strong moral core is being tested as never before. She begins to feel as if the case is eating her alive.

And as it becomes clear that she herself is on the killer’s radar, Shannon realizes she’s up against something truly terrifying – a monster who wants to see her forever marked with his sign of evil.