The Rule Series by Kasi Blake

Packed with action, surprises, and dark humor, the Rule Series by Kasi Blake is just what paranormal junkies are craving.  This series is perfect for the young and the young at heart. Enjoy! 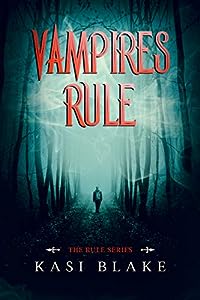 A simple boy-meets-girl story.
Only the boy is a vampire, and the girl is a badass werewolf hunter.

“Kasi Blake has written a winner with this series.” I Heart YA Books

Unhappy as a vampire, Jack dreams of a second chance at mortality. But when he gets it, his real problems begin. His teacher is a werewolf, the girl he’s crushing on is THE hunter, and his brother can’t decide whether to welcome him home or stake him just to be on the safe side.

Then his powers return along with the powers of a werewolf. He has no idea what’s happening to him, but he’d better figure it out fast. According to an ancient diary, he is destined to defeat the alpha werewolf… or die trying. 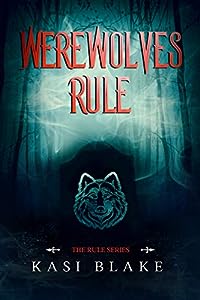 This is the second of the Rule series. Vampires Rule was the first. This book begins a few months after the first one ended and continues to follow Jack and Silver as they prepare for their battle with head werewolf Jersey Clifford. Jack’s world is falling apart. Silver has told him she needs space, he might not graduate from high school, and he feels incredibly alone. Enter a new threat, a new and beautiful enemy. Now Jack has to figure out if she wants him dead or just wants him.

This is the third book in the Rule Series. If you haven’t read Vampires Rule and Werewolves Rule, you should start with them.

Jack and Silver’s story continues. Six weeks after graduation, Jack is feeling lost. His girlfriend is getting ready to leave for college, his brother is missing, and Jersey Clifford, the already psychotic werewolf, is losing his grip. As he begins to build an army of werewolves, Jack looks to a new family member for hope. All is not lost. Jack still has a few tricks up his sleeve. Let the battle begin.

This is a great book for the young and the young at heart. Teens in middle school enjoy them as well as girls in high school, and they are widely read by women past the age of thirty who want to read a book without graphic scenes or a lot of cursing.

Vampires Rule: They don’t call him Jackpot for nothing.

When a werewolf tried to kill Jack, he was saved by vampires. When he grew tired of the fangs, another freak event restored his mortality. Now all he wants to do is go to school and be a normal teen, but what’s normal about a werewolf English teacher, a girlfriend who happens to be THE werewolf hunter, and a brother who can’t make up his mind if he wants to welcome Jack home or stake him through the heart to be on the safe side?

If things aren’t complicated enough, Silver insists Jack has a destiny to fulfill. He’s supposed to kill the head werewolf in time to save the world from a growing army of the hairy beasts. She tells him a strange story about a fairy, an enchanted journal, and a magical rock that will kill only once. Now Jack has a decision to make. Will he ignore Silver’s pleas for help or put his life at risk again? Will he go after a werewolf that never hurt him or the one that murdered his parents?

This is the fourth book in the Rule Series and was previously known as Warlocks Rule.

Jack and Silver’s story continues two years later after he’s disappeared with his vampire friends while she is working hard to find a cure for him. She is desperate to return him to mortal form, so desperate that she’s willing to risk her own life and seek out the one powerful entity who might be able to get rid of Jack’s fangs. She’s afraid Jack is moving on… and he is. Because he’s realized she won’t get on with her life until he does, he stops visiting her in her dreams. But when he finds out she’s on the verge of making a fatal mistake, he returns to Bliss to save her. 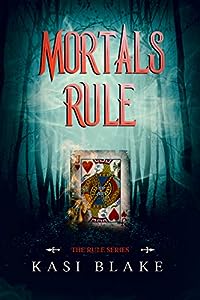 This book takes place weeks after Wizards Rule ends. If you haven’t read Wizards Rule, go find it and leave this one for later. You won’t understand what’s going on. In fact, this series has a total of five books now. You should start with the first, Vampires Rule, but if you don’t want to, at least get Wizards Rule first.

We rejoin Jack and Silver shortly after the Dark Wizard has been defeated and Billy died. Jack is obsessed with getting his brother back. Cowboy is angry because Jack won’t blow town with him, and Silver is upset that he might just do it. He’s being torn in two different directions by the people that love him most. But Jack isn’t going anywhere, not until he figures out how to use Samuel’s time machine room. If he’s right, he can save his brother and the others that died while helping him.