THOMAS OCHILTREE (pronounced OH-kul-tree) was born in New York City but grew up in London and studied in the U.S. (Harvard Class of 1970). He is a retired Foreign Service Officer who served in many countries during his 22 years as a U.S. diplomat. Fluent in German, he has long been fascinated with the last years of the Austro-Hungarian Empire — with its glittering capital Vienna — the background against which his novel DEATH WALTZ IN VIENNA is set. ‘Cassandra’ is a fun re-telling of a centuries old tale while ‘Vienna’ is a story of love, death, honor and romance set more recently in old Vienna. Enjoy! 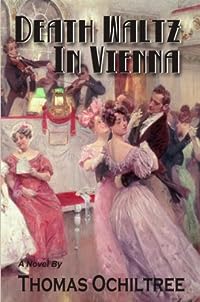 From one of America’s finest historical novelists, author also of ‘Cassandra, The Most Beautiful of Priam’s Daughters: A Tale of Troy’

Death Waltz in Vienna is a novel of both suspense and romance set in the capital of the old Austro-Hungarian Empire in the years prior to World War I. Army captain Ernst von Falkenburg has just one week to clear himself of charges of treason that will otherwise cost him his life. During this time a romance develops with a beautiful woman who not merely provides him with indispensable assistance – at the risk of her life – but who shows him for the first time that he is capable of love.

The action moves across the whole panorama of early 20th century Vienna, taking the reader through elegant salons and low dives, Vienna’s most fashionable brothel and the imperial palace, and climaxes in a duel to the death and an epilogue set in Vienna’s Central Cemetery. 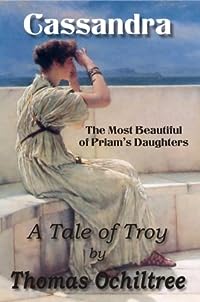 CASSANDRA, THE MOST BEAUTIFUL OF PRIAM’S DAUGHTERS – A Tale of Troy
by Thomas Ochiltree

BY THOMAS OCHILTREE, author of the highly acclaimed DEATH WALTZ IN VIENNA…

Cassandra was the Trojan princess offered the ability to see the future by the god Apollo in exchange for agreeing to have sex with him. When she reneged on the promised sex, he added the curse that her prophecies – all accurate – would never be believed, condemning her to a life of frustration made all the greater by the fact that she lived through the Trojan War. Her desperate efforts to warn her loved ones and her city of impending disaster would be in vain.

The novel begins when Cassandra – here portrayed as a beautiful and profoundly sensitive young woman – is about to go into the homecoming dinner offered by Clytemnestra, the wife of King Agamemnon, who won Cassandra in the lottery of Trojan women after the fall of Troy. Her prophetic powers tell her that murder awaits both him and her at the hands of Clytemnestra and her lover. She has tried to warn Agamemnon, but of course was not believed. Unsure whether those who descend to the underworld (as she knows she very soon will do) retain any memory, she mentally reviews one last time the whole rich tapestry of the Trojan War as witnessed by her – the essence of the novel – before going to her fate with the firm step of a Trojan princess and of – in Homer’s words – “the most beautiful of Priam’s daughters”.