When I opened my eyes this morning I thought to myself, “Today is going to be a productive day! I’m feeling motivated!” For some crazy reason, I woke up ready to go. Then I started to get out of bed. It was kinda down hill from there. The list of aches and pains was adding up fast. Oh My neck hurts! No problem, I can turn at the waist when needed. Oh, but wait. My lower back hurts. Fine! I will use my feet to turn. Left elbow is giving me a bit of trouble, but my right elbow seems fine. GREAT!!! We are back on track. I can turn with my feet and use my right arm. It’s going to be a great day! What’s that stingy feeling??? Oh… my sunburn. I’m OUT! Back to bed. 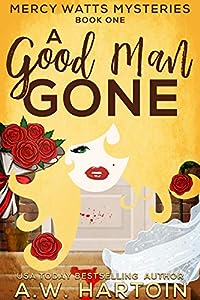 A rollicking cozy mystery series from USA Today bestselling author A.W. Hartoin.
For fans of Janet Evanovich, Tricia O’Malley, and Jana DeLeon…
What do a dead cop, a murdered bride, and a sizzling summer have in common? Mercy Watts, of course.

Nurse and dutiful daughter, Mercy Watts is on vacation from her parents. The great detective and his loving wife are on a cruise and, for the first time in years, Mercy thinks she’s off the hook. She won’t be doing any investigating for the family firm. No tailing suspects. No background checks. Nothing but her own stuff for three whole weeks. She’s thrilled.

But when Tommy’s old partner has a fatal heart attack out of nowhere, Dad has one of his famous feelings and orders Mercy to look into it. She tries not to get sucked in. She really does. But she is her father’s daughter. Soon Gavin’s death leads to a more grisly one, the death of a bride on her wedding day. Can the two be connected? Was Gavin murdered? Now Mercy can’t stop. You do for family. That’s all there is to it. 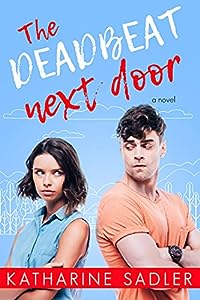 The Deadbeat Next Door: An Enemies to Lovers Romance (Catalpa Creek Book 1)
by Katharine Sadler

One night is all it took to upend my life.
I’ve always played by the rules. I work hard and I take care of the people I love. Sure my furniture hasn’t been updated since the sixties (I inherited it from my parents), I love classic movies, and I prefer sweater sets to mini-skirts, but that doesn’t mean I’m ready to settle down with fifteen cats and accept spinster-hood. I want to fall in love, marry the right guy – an upstanding, risk-averse, good citizen – and have kids. I just keep ending up on dates that go nowhere.

My best friend insists on a night out and invites my unemployed, obnoxious, loud-music-playing, inconveniently gorgeous neighbor, Cody Reynolds.

One drunken mistake of a night gets our small, gossipy town talking about me and Cody.

My boss, who’s had it out for me since she became principal, says a teacher shouldn’t be the subject of rumors about drunken sleepovers, so I lie and tell her Cody’s my fiancé.

Getting him to agree to my plan is easier than it should be, but I’m too happy to have saved my job to care. All I have to do is remember he’s not the right guy for me, and I’ll get through this sham engagement with my sanity intact. Right?

This fun, flirty romance is the first book in The Catalpa Creek series but can absolutely be read as a stand-alone. There is no cliffhanger and there is most definitely an HEA. 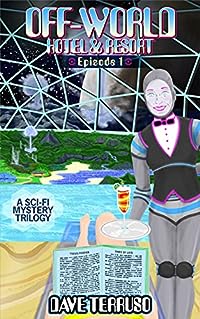 Marooned on a distant moon…

Doomed to die without ever seeing her daughters again…

Devoted mother Christie Calvin learns she has a year to live.

Christie’s daughters take a loan against her life insurance policy to send her on her dream vacation at the Off-World Hotel & Resort.

390 million miles from Earth, accessible only by teleporter, and staffed by robots, the resort has a maximum occupancy of 25 people and a guest list comprised of the ultra-wealthy and the incredibly famous.

After a couple days frolicking in paradise, Christie and the other guests become stranded in the resort.

It will take nearly three years for a rescue ship to reach them — and Christie doesn’t have that much time left.

Distraught and furious, Christie turns amateur sleuth to find the person who trapped her in the resort so she can exact her revenge.

The perfect summer read for sci-fi fans and whodunit fans alike, these short books are built like the episodes of a TV mini-series telling one big story, the first two ending in cliffhangers and the third ending the tale conclusively. 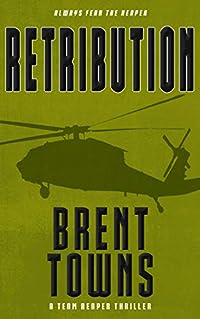 EVERYTHING COMES AT A COST…

Author Brent Towns keeps the action coming thick and fast, let’s you up for a breath and then drags you back in for more.

After he is betrayed and shoots the two most powerful men in the Irish Mob, John “Reaper” Kane is forced into hiding. He thinks Retribution, Arizona, is the perfect hiding place, but he is wrong. Underneath the old, crusty surface of the dying town, hides the Montoya Cartel, for they use it as a funnel to ship their drugs across the border.

Trying to lay low in a town gripped with lawlessness is impossible for the ex-recon marine, especially after the local sheriff is brutally murdered by the Montoya Cartel’s sicario, leaving an old friend, Deputy Sheriff Cara Billings, the only person standing between them and the town.

Things go from bad to worse when Kane is arrested by Cleaver, the deputy in the cartel’s pocket, for shooting a local gang member.

Enter DEA Agent Luis Ferrero who has expressed to his bosses for a long time the need for a task force to fight the cartels on their own ground. He’s about to get his wish, and to head up his team, he wants the Reaper.

A thrill ride that doesn’t let you go – Retribution is the first novel in the action-packed Reaper Series.

Well, Doc, It Seemed Like a Good Idea At The Time!: The Unexpected Adventures of a Trauma Surgeon
by J. Paul Waymack

In 1976, Paul Waymack began chronicling his experience as a third-year medical student, and for the next 20 years, he kept a journal filled with crazy stories of unusual patients, maladies, and international espionage. Some of them, he’s the first to admit, seem unbelievable–like chasing a naked patient around the ER parking lot in the middle of the night… or constructing a horse sling for a 700-pound patient… or treating a patient who swallowed a cigarette lighter… or serving as a major in the U.S. Army Medical Corps during the Cold War, on orders of the president and with a KGB agent hot on his tail in the Soviet Union. In his wildest dreams, Dr. Waymack could never have imagined most of what he experienced as a doctor, but these stories are all true. He couldn’t have made them up if he tried.