Today was my turn, and there was no sympathy for me. Last week I took my baby bassets to get their second COVID Vaccine, and to say it did not go well is an understatement. My oldest was no problem, but my youngest has a horrible fear of needles. I can’t say too much because I have a horrid fear of riding in a car with my hubby pulling a trailer. He is a fine driver, but I white knuckle it the entire ride to our destination. So when my sweet wonderful baby basset took one and a half hours to build up enough bravery to get the shot. I could sympathize. Today I had to get a tetanus shot and my blood drawn. As I was in line at the lab I texted my youngest and told him I was nervous. The text back was not what I was expecting. One word… “Wimp”. Ouch baby…ouch. I gotta admit, that kinda hurt. Turns out hubby had gotten hold of my baby bassets phone. PHEW! He is still my little angel! 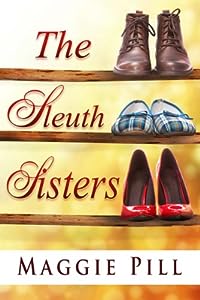 In this cozy mystery, the first of a series, middle-aged sisters Faye and Barb decide to open a detective agency in Allport, their small town in northern Lower Michigan. They agree that Retta, their baby sister, will NOT be included, since she tends to take over any organization she’s part of. Sweetly but firmly, Retta will tell you what you should do, could do, and will do.
The agency does not take off, and Faye reconsiders the decision to leave Retta out, since as the widow of a slain state trooper, she’s got contacts all over Michigan. Retta’s only too willing to “help” and immediately begins second-guessing their decisions, which leads to sparks between her and Barb.
The sisters finally get a decent case: finding a man who apparently murdered his wife years ago and has been on the run ever since. As they try to investigate what happened, they’re opposed at every turn. Local cops doubt the “lady detectives” and most of the town is convinced Neil Brown killed his wife and brother-in-law in a fit of anger. The murder victims’ father has no doubt Brown is guilty, and he’s furious that anyone might take a different view.
Still, someone wants to keep the sisters from finding Brown and digging into what really happened the day he left Allport. As the sisters piece things together, the new police chief seems like a possible ally. The problem is that both Barb and Retta are attracted to him, and Retta seldom meets a man she can’t get. Accepting defeat in that arena, Barb tries to concentrate on the case and prove Brown isn’t guilty of murder. That leads to a show-down with a desperate killer in a remote, dangerous spot. Only Faye and Retta can save her, and they have no idea where she is.
Family humor–particularly the close-but-oh-so-different status of sisters, plays a big role in this murder mystery. Each sister has strengths and foibles. Barb, intelligent and composed, sneaks around town at night, correcting the spelling and grammatical errors on signs that drive her bonkers. Faye, kind-hearted but insecure, can’t see herself as the capable person she is. And Retta? She’s only trying to help when she tells you exactly what you should do with your life–or your detective agency. 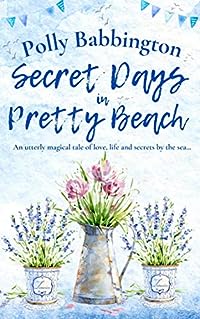 From the author of The Boat House Pretty Beach comes the next instalment in the delightfully romantic tale of Lottie Cloudberry and her beautiful old house on Strawberry Hill Lane. As Lottie’s relationship with oh-so-elite Connor Bally brings new beginnings and introduces Lottie to a whole new world she falls deeply in love with her life.

Lottie took a chance on a new business and a new man and now finds herself not only doused in Connor’s shimmering gold but living the dream… pottering in her beautiful garden, nesting in her tumbledown house and overseeing her going-gangbusters business.

But just as she is starting to wonder if she is in a fairytale, complete with its very own castle, real life throws in a spanner and she finds herself wondering how things always seem to get a little bit complicated just to keep her on her toes.

Immerse yourself back into the next part of this cosy little town by the sea, guaranteed to brighten your day and leave you pondering a new life on the coast.

A warm, uplifting tale you’ll want to snuggle up with and get lost in the wonderful world of Pretty Beach. 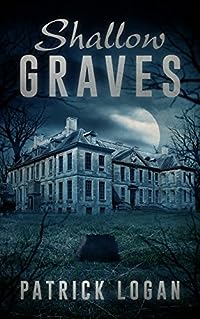 Not all houses are made of brick and stone… Robert Watts is having the worst day of his entire life: first he’s laid off, then he finds out that his wife is having an affair… with his boss no less. And that’s only the beginning.

Before the month is out, Robert finds himself alone to raise his daughter with no money, no job, and a house that is minutes from being repossessed. Just when he hits rock bottom, a strange visitor arrives at the doorstep of his soon to be foreclosed house with a letter from an Aunt he didn’t know existed.

The offer is simple: look after Aunt Ruth during her dying days, and in return Robert will be bequeathed the Harlop Estate in which she currently resides. It’s a no brainer and Robert jumps at the opportunity, equally motivated by the prospect of financial security as he is for a fresh start.

Problem is, it only takes a few nights in the Harlop Estate before he begins to question Aunt Ruth’s claims that they are the home’s only inhabitants…
It’s the scratching he hears during the night, the voices that he can barely make out over the constant rain, and then there’s the girl with the rat…
With their house foreclosed and their bank accounts liquidated, Robert and his daughter Amy desperately need a place to live. But the question Robert soon finds himself struggling with is whether living in the Harlop Estate is worth it… and if he can survive until Aunt Ruth passes to collect his inheritance.

Shallow Graves is the first book in the Haunted Series, chilling, gruesome, and truly haunting tales with a twist that you will never see coming. Grab your copy of Shallow Graves from the Amazon best-selling author of the Insatiable Series and the Family Values Trilogy TODAY!

WARNING: As mentioned in some of the reviews, this book contains foul language… make sure an adult is present while reading. 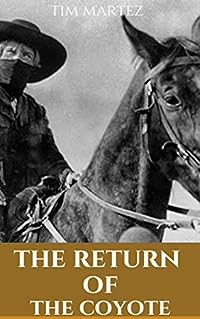 The Return of the Coyote
by Tim Martez

We invite you to read this good story. 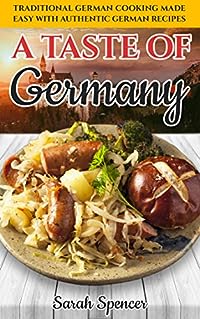 A Taste of Germany: Traditional German Cooking Made Easy with Authentic German Recipes (Best Recipes from Around the World)
by Sarah Spencer

Bring the flavors of Germany to your table with this collection of authentic German recipes containing all kinds of dishes!

Germany is famous for its lush, green beauty, its deep forests, and its ancient cities and castles. The country has plains, forests, mountains, rivers, and seas, and as a result, regional foods vary significantly, but because of the short growing season, they do tend to center around meats, dairy, grains, and potatoes. These foods are filling and delicious and made with the care and dedication to quality that is ingrained in German culture.

Inside this illustrated cookbook, you’ll find:

Recipes come with a beautiful image, a detailed list of ingredients, cooking and preparation times, the number of servings and easy to follow step-by-step instructions.