I bought a Milkweed plant the other day and on the label was a handwritten note that said there are Monarch butterfly eggs on it. One hatched yesterday. I can say with the upmost certainty that he/she has spotted me. My big old head has been all up in his/her business every second of the day. No.. I will not leave it alone. It’s who I am.

Bodyguard Hunter Reid has had his tire slashed, making him late to work. Not the end of the world because it is the first Friday of the month when the mother and daughters are all going to the same place and his partner, Damien Caldwell, is there.
When Hunter finally arrives, everything has gone sideways. Damien is injured and the women are gone.
A ransom call comes in, demanding the bodyguard deliver it. Hunter volunteers because of Damien’s injury. But when the drop goes wrong and the kidnappers take the money without releasing their victims, Detective Marcel Hawthorne begins to suspect Hunter may be involved.
Seeing the writing on the wall, Hunter sets out on his own to find the girls. Damien goes against the detective’s orders and pursues his partner. And Detective Hawthorne and his taskforce follow every lead in an effort to recover the victims and bring both bodyguards in.
Can Hunter stay one step ahead while chasing leads and gathering the information he needs to rescue the women before it’s too late?

Endless warfare has ravaged Earth, and billions are desperate to escape. One of them is Taylan Ellis.

Driven from her home in the West Britannic Isles by an invasion and severed from her children, Taylan enlists with the Britannic Alliance, hoping she can help regain her homeland and find her kids.

But decades of internal conflict and terrestrial and space warfare have left the BA on the edge of collapse.

Then its battleship, the Valiant, picks up a distress signal. The rescuers break into a sealed chamber and find the apparently mummified remains of an Iron Age chieftain. Disappointed, they’re about to leave when they discover the ‘mummy’ has a pulse.

Taylan suspects she knows who the mystery man is and what he’s capable of. If she’s right, can she convince her superiors and save the BA, her country, and her children? 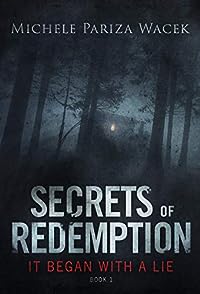 An award-winning, gripping psychological thriller. All Becca wanted was a fresh start. That wasn’t what she got.

Becca was sure the move from New York to Redemption, Wisconsin was exactly what her troubled family needed. A way to get her crumbling marriage back on track, and to bond with her difficult 16-year-old stepdaughter.

But instead of a new beginning, Becca is thrust into a mysterious past she barely remembers. A past that includes the complications of interacting with her old teenage crush, Daniel, as well as living in her aunt’s old house.

A house with a violent past. A house the locals swear is haunted.

But there’s no such thing as ghosts. Right?

So, could there be something even more sinister out to destroy them?

And can Becca discover the truth before it’s too late? 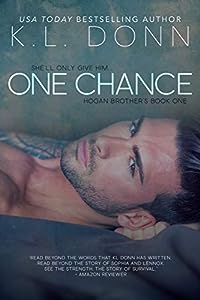 From USA Today Bestselling Author KL Donn comes the first book in the Hogan Brother’s series. Welcome to Loveland, CO where family is everything and love happens.

One word that could ruin a person.

One word that can change a life.

One word that can destroy a mind.

Sophia Bennett heard it all her life. Smart, sweet, and shy, she hesitated to voice her ideas and opinions in fear of hearing that dreaded word, “Don’t be stupid, Sophia.”

She became introverted, quiet. Talking to people became a struggle she fought to control. She turned into a woman she never thought she’d be.

Rough around the edges Lennox Hogan is knee dip in shit – literally. Building a garden for his mother with his younger brothers, when the most beautiful creature he’s ever seen stops by to visit their mother for their weekly book chat.

A fake smile and sad eyes draw him in.

Her intoxicating innocence has him obsessed with the need to know everything about her.

An unknown threat has them questioning everything about her life.

Lennox soon makes it his mission to convince her to give him One Chance, but will she after her world crumbles before her? 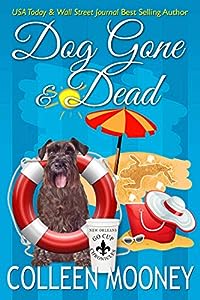 A Much Needed Vacation Turns Deadly

A weekend getaway at the beach with Jiff was just what they both needed, but their plans for a relaxing escape are ruined when Brandy discovers a dead body under a pier.

Does A Dog Hold The Key To Solving The Case?

There’s a leash wrapped around the dead woman’s wrist and no dog. Brandy finds the missing dog and more than she bargained for with flash drives sewn in the dog’s collar. Brandy learns the murdered woman’s ex-husband is connected to the sleepy little beach town in more ways than the dead body. The local Policewoman thinks Brandy could help if she agrees to go undercover.

Will Brandy’s determination to find the truth make her the next target in a world with hit men, payoffs and murder? 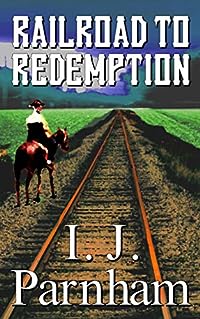 Railroad to Redemption (Cassidy Yates Book 7)
by I. J. Parnham

The influx of railroad men looking to build a new track to Redemption brings plenty of trouble for Sheriff Cassidy Yates. However, things seem to be looking up when Dayton Fisher, down on his luck and looking for work, arrives in town.

Dayton’s bravery persuades Luther Chisholm to hire him as a bodyguard but the job turns sour when Luther hires six ruthless gunslingers to cause mayhem about town. Worse is yet to come and when Luther is killed the repercussions force Dayton to pit himself against his friend Cassidy.

Can the two men put aside their differences for long enough to defeat the gunslingers?