These books are all full-length, standalone alien sci-fi romance. They all feature a possessive, alpha alien in intense, steamy scenes with his human mate. There are no cliffhangers or cheating, and a happily ever after is guaranteed! Enjoy! 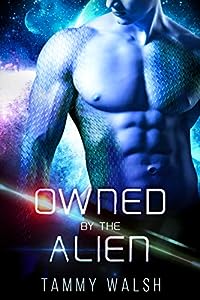 Owned by the Alien: A Scifi Alien Romance (Fated Mates of the Titan Empire Book 1)
by Tammy Walsh

Abducted by aliens and bound for a breeding zoo.I thought things couldn’t get any worse…

I was abducted by aliens.Yep, you heard me right. Aliens. But they’re not little green men. They’re gorgeous creatures called Titans. Heaven help me.

Hard. Callous. Cruel. That’s how the crew describe their captain. After their attempted mutiny, he comes to me for aid. Help him recover from their poison and he’ll return me to Earth. There’s just one catch.

Healing requires the use of my body for one whole night. If I give him what he needs, will he keep his word? And will sleeping with him make me his fated mate for all time? 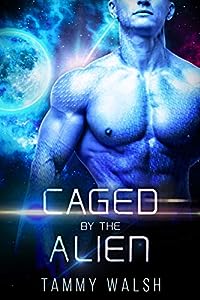 Caged by the Alien: A Scifi Alien Romance (Fated Mates of the Titan Empire Book 2)
by Tammy Walsh

I’m trapped in a room with an alien Adonis.
And 100 billion viewers are watching.

Two weeks ago, I was abducted by aliens. Now I’m trapped in a room with four walls and no door. I’m scared. I’m alone. And there’s no chance of escape.

Then he appears out of nowhere. A Greek god with an ass to match. We try to escape but our efforts are thwarted. In a moment of weakness, we kiss.

The next morning, a door appears.

We’re trapped in a depraved gameshow. If we can reach a shuttlecraft within 24 hours, we can escape together. But first, we have to give the producers the steamy show they want. 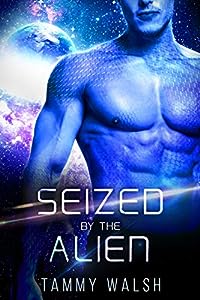 Seized by the Alien: A Scifi Alien Romance (Fated Mates of the Titan Empire Book 3)
by Tammy Walsh

I’m lost in space and will do thing to return home. Even sacrifice the ones I love?

I’m lost in the galaxy. I have no money and no friends. I’m desperate to return home and I’ll do anything to get there.

That’s when I meet Traes.He’s cold and distant. He’s a tyrant ruling over his empire. But in his eyes I see his repressed passion. It’s there every time he looks at me. I want to break him down and tear him up. I’m gonna make him beg for what I know he wants. But the closer I get to him, the more I want to stay.

There’s an opportunity for me to return home but it comes at a terrible price. Am I willing to sacrifice the ones I love to secure the journey home?

Conquered by the Alien: A Scifi Alien Romance (Fated Mates of the Titan Empire Book 4)
by Tammy Walsh

A rich Titan bought me. Now I have to prove my worth.

I was abducted by aliens and sold cheap to a high-class matchmaking company. I’m paired with a hot bad boy Titan with a serious chip on his shoulder. He makes me a deal: Pretend we’re in love so he can keep his inheritance, and he’ll send me home.

But there’s a problem. There’s more to him than meets the eye, a depth even he doesn’t know he has. Can I keep my hands to myself? Can I treat this like the business relationship it is? Or will I get too close and replace that chip with a feral kiss? Trapped by the Alien: A Scifi Alien Romance (Fated Mates of the Titan Empire Book 5)
by Tammy Walsh

I was abducted by aliens. Yes. Aliens. But they don’t want to probe me. They need me for a mission. It’s my job to learn where a hot lord’s loyalty lies… By any means necessary.

My target is cold, brash, and abrasive, but it’s all a mask. Underneath that polished veneer lies a dark secret, one that threatens to shake me to my very core.

Can I resist falling in love with him before I learn the truth? And when given the choice, will I choose him or home?