Does This Bee Suit Make Me Look Hot??

I am being run out of my own garden. The bees, bumble bees, and the butterflies have all made it clear that I need to stay out of their way. BUTTERFLIES!!! I am being run off by butterflies. One slapped me on the face..TWICE! One two…slap slap! I was hoping to get outside while it was still cool and the bees hadn’t woken up yet, but when I did make it out there they had already arrived and were hard at work on the lavender. I really need to change up a few things with the sprinkler system, but I might have to wear a bee suit in order to avoid the attacks. It’s going to be a hot one today, so I better drink lots of water. Bee suits are HOT! 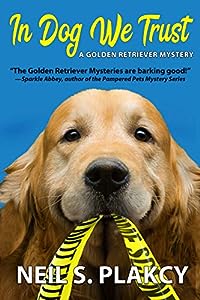 Steve’s ripe for a new relationship — divorced, over forty, and still dusting himself off from a lamentable sojourn in prison, an unusual experience for a professor, to say the least. (He really must do something about his hacking habit!)

Rochester’s a handsome, homeless, loveable golden retriever whom Steve had always found too big, too enthusiastic, and too shaggy.

But tragedy struck their neighborhood when someone murdered Caroline, Steve’s nice next-door neighbor, while she walked her best friend, Rochester. Steve’s the unlucky guy who finds her body and he just knows, despite their differences, that he has to take in the broken-hearted pooch.

Once they’re both properly rehomed, these two form a detective partnership that’ll make you sit up and beg for more. Eat your hearts out, Spade & Archer — pretty soon they’ve got a warm and fuzzy thing going. Big furry forthrightness — not to mention heart — meets tech-savvy craftiness as they work their case.

In Plakcy’s capable hands, watching these two fall in love (which of course is the most irresistible treat on offer here) is like watching a time-lapse film of a flower blooming — it doesn’t happen too fast, and it’s never cloying. Instead it’s slow and satisfying, magical to the point of jaw-dropping even while absolutely expected. You just know you could watch it over and over again.

Neither of the new partners knows about his own hidden talent, let alone the other guy’s. Rochester has no idea he has the potential to be the greatest doggy detective since Rex the Wonder Dog was a pup. But he’s got a job to do and he has to find a way to train Steve in the fine art of investigation. Unbeknownst to Steve, his life just changed radically — because a big furry mentor has just trotted into it.

Both want justice for Caroline, and Rochester’s way of expressing it is simply to sniff out one clue after another in the hope his two-legged colleague can piece them together. Steve’s way — when all’s said and done — is still to bend the law a little, with the help of Caroline’s contraband laptop. And also to follow Rochester’s trail of treats. 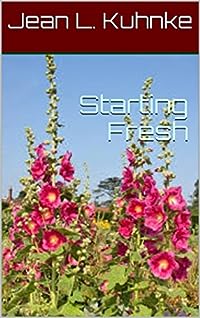 Meredith’s life couldn’t get worse could it? She knew she was odd, outspoken, and had orange hair and seaweed eyes. She heard it often enough while growing up.

Agreeing to become partners with her best friend, David while handsome, could not talk to girls without stumbling over himself. David was like a brother to Meredith, they loved each other, just not in a spousal way.

To get their hopes for a homestead started, Meredith applied for a job with David’s great aunt in Sioux Falls. When she returned from the interview, she found her father and only living relative had died during the night. Thankful for the job offer from Aunt Eunice, now that she no longer had a home or family, she buried her father and moved to South Dakota.

While she settled into her new job which included living with Aunt Eunice in her amazing manson, David found his tongue and started socializing with everyone he was unable to talk to when in school. Having to hear about it from her dear friend Jane, Meredith was happy for him until she found that he was spending all her money on his new found freedom.

At about the same time, she received a forwarded letter for her father from what turned out to be his secret life in Minnesota, which explained why they had to sell their big beautiful house when her mother died and move into something you could barely call a shack.

All the men in Meredith’s life had turned her against men in general. All except Kellan, her personal maids husband. He treated Bronwen with such respect and love that she had to start rethinking her views on men. That is, until he started getting too friendly. Learning that Bronwen was his sister, Meredith began to look at him differently.

Floribeth Salinas O’Shea Dalisay is an Off-Planet Worker, employed as an exploration pilot by the giant corporation, Hamdani Brothers. Sent on a routine mission to analyze one of the millions of systems in the galaxy, she stumbles across something that could threaten humanity’s very existence. She barely escapes with her life, but in the process, has to shut down her scout’s AI.

As with all OPWs, she has few rights, and instead of being lauded as a hero, the corporation thinks she is lying. Her managers believe she found something valuable and shut down her AI in an attempt to hide that fact, hoping she can sell that information to the highest bidder. Grounded, and with a huge debt now over her head, Beth has to convince the powers that be that a very real danger to humanity is lying in wait out there in deep space. 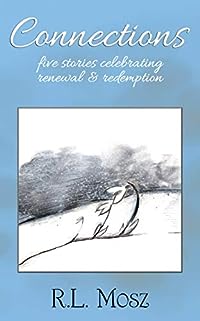 A Touch of Evil
Having survived a disastrous marriage, physicist Dr. Damon Devereaux struggles to recover from an infected physical wound and a shattered soul.

Hardship House
Katie and Danny purchase their Craftsman dream house, but soon thereafter he is diagnosed with a serious medical condition.

Reflections
Rowena has a haunting dream that forever alters her future.

The Lake
Katrin meets a mysterious stranger at the lake who completely transforms her life.