Did You See That??

I just can’t be normal. I was walking to my neighbors house down the street when I saw a cat I recognize as a frequent pooper in my front yard. He saw me and started happily trotting towards me meowing and looking for pets. In a slightly raised and very accusing voice I pointed at him and snarled, “I see you kitty”. The poor cat stopped right in his tracks and looked at me completely confused. I can’t blame him. I had no idea why I pointed at him and said that. Normal reactions to kitties are crouching down and petting, completely ignoring, or shooing them away. The cat may have been confused by my camo shorts and red plaid jacket, but that is another story. I really hope the neighbors don’t witness half the crazy I do. 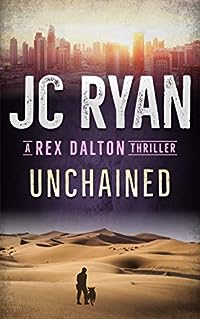 Following the deadly events of Afghanistan, Rex Dalton and his companion, the military dog, Digger, escape from Afghanistan and make their way into India. Rex knew that to stay alive he has to remain ‘dead’.

Rex tries to put the past behind him and start a new life, no more secret missions, no more killing, no more violence. He and Digger are going to travel the world, visit historical places, and learn about other cultures. Life becomes an extended holiday, they have nowhere to call home and they’re enjoying every moment of it.

Rex and Digger are on their way to Kapal Mochan, India, where Rex intends to dip his hand into a sacred spring, a symbolic act of cleansing the soul and in his case to finally put his violent past behind him. When they pass by a public park, Digger starts shifting around in the front passenger seat and looking at Rex as if to say, “So, when are you going to stop and give a dog a chance to go to the toilet?”

It is the ideal place to let Digger out and he pulls off the road. While Rex is unpacking their lunch, he becomes aware of the presence of a strange old man who seems to have appeared out of thin air. After a few moments of awkwardness, the two of them to start talking, and before long Rex and Digger have an invitation to dinner with the old man and his wife.

During dinner, Rex finds out that the couple’s youngest daughter has gone missing and decides to help them find her. A decision which puts him and Digger on a perilous journey.

As Rex follows the leads to the missing girl, the closer he gets the more dangerous it becomes. Between a man in prison, an unscrupulous money lender in Mumbai, an illicit arms dealer in Saudi Arabia, and their cronies the two of them get into more danger than they’ve ever been. It turns out that the daughter of his new-found friends is not the only one in need of help and it starts to look as if he is not going to be able to help anyone.

UNCHAINED is a full-length novel, a nail-biting thriller by best-selling author JC Ryan. It is the third book in the electrifying new Rex Dalton series. 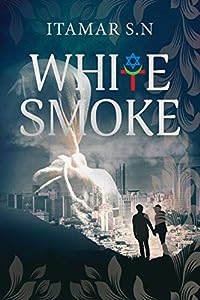 “In our house of cards everything is well known. Yonatan is the one card that cannot be touched. Remove it and everything will collapse.”

Yonatan Green is a bisexual intellectual playboy, who will do anything to provoke his right-wing father, Israel’s Prime Minister, who always puts the country before his family. However, Yonatan finds himself proud of him for the first time with the creation of Isratine – a democratic union of Israel and the Palestinian Authority in the small area between the Mediterranean Sea and the Jordan River.

When Yonatan meets Meir, a shy High-Tech entrepreneur, he falls in love for the first time, and the couple decide to get married. The family grows when fate brings Amal into their lives – a Palestinian girl, who is the victim of a family honor acid attack. Their “perfect” love story grows alongside the new state, however, the euphoria of peace and unification is fading, while both Jewish and Arab anti-liberal forces feel strong enough to join hands, putting the democratic heritage in jeopardy and threatening the life of the family.

As smoke spreads over the country, the Prime Minister must acknowledge his mistakes and rethink the ambitious dream of Isratine.

In 2043, the popular superhero VRMMORPG called Capes Online has seen better days. After two consecutive Blackouts that trapped players in the game, players are fleeing Capes Online in droves, leaving the future of the game and the company behind it in doubt.

Joseph ‘Busker Burn’ Maxwell, a popular Capes Online streamer and musician, finds out that his best days are both behind and ahead of him when he is nearly murdered in game by a rival streamer. Although Joseph survives the attack, the assassination attempt somehow sets him back to Level 1 and forces him to start from scratch to rebuild his streaming and musical careers.

To rebuild his career, Busker agrees to headline the game’s first-ever digital concert, an event designed to attract new players to the game. But Busker needs bandmates to make the concert really special, so Busker has to put together a ragtag band of digital musicians and make them into a true band in a month’s time to not merely pull off an epic performance, but save Capes Online itself.

NEW YORK TIMES bestselling author Kathryn Shay creates a world of politics, gangs and her forte–the problems of teenagers. This is the first of five in The O’Neils series!

Bailey O’Neil, aka, the Street Angel, has been the arch enemy of Senator Clay Wainwright since he was a district attorney and she a young, idealistic social worker with four Irish older brothers who watch out for her. Clay put her in jail for harboring a teen offender and eleven years later, she’s a thorn in his side as an anti-gang specialist trying to get kids out of gangs. While Clay wants to put them in the hands of law enforcement, Bailey is determined to help these troubled teenagers make good lives for themselves. But when Bailey and Clay are thrown together, the impossible happens — they’re attracted to each other. Both the Street Angel and the Senator must find a way to deal with their differences in order to make a life together. 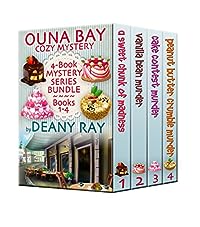 A SWEET CHUNK OF MADNESS

Becky’s pastry shop, the Blue Bay Café, is popular among the natives of Ouna Bay, as well as among the tourists passing by. But Becky’s life is turned upside down when someone puts their eye on her beloved Blue Bay Café.

Who would want her to give up her café? And most importantly, why? Could the new, handsome man in Becky’s life have anything to do with it?

As things heat up and sinister events become the norm, Becky decides to take matters in her own hands.

Join Becky and her best friend, Rosalie, as they try to get to the bottom of this mystery and stop the madness.

What would you do if your best friend were a person of interest in a murder investigation?

Rosalie just finished the last day of her job as a cashier and she’s excited to start working at Becky’s Blue Bay Café.

But things take a bad turn when Rosalie finds the body of the bank director who inadvertently involves her in his murder before he dies.

Now it’s up to Becky and Rosalie to solve the murder and re-install normality in their lives.

Everybody in Ouna Bay looks forward to the annual town fair and the cake contest. It’s that time of the year when they can enjoy throwing rings around a bottle while eating snow cones and catching up with friends.

But nothing will be the same this year!

Ouna Bay is rocked when the most hatred woman in town drops dead smack dab in the middle of the cake contest.

Once again, it’s up to Becky and Rosalie to find the killer, save the Blue Bay Café and bring back sanity into town.

Houston’s company lands a deal that could pave the way for the first shopping center in Ouna Bay, which is enough reason to celebrate at the local country club. But when the guest of honor is found dead at the party with one of Becky’s famous peanut butter crumble cupcakes, all eyes are on her!

How did the cupcake make its way to that party? And who would want to frame Becky for the murder? And most importantly, why did the murder occur in the first place?

Can Becky clear her name and find the real killer?