It is so nice to be home. I had a blast with my family and friends discovering a different campground the last five days, but boy is it nice to be home. Everything seems so…not dusty or leafy when you are home. In fact, I haven’t seen one bug for at least a few hours. To start off the camping season we decided to try out a new place called Collin’s Lake. I was not able to meet Collin, but I must say, his lake was fantastic! Let’s me start by saying that the bathrooms were very clean and well looked after. That is one of the key factors on whether or not I return. You could have Yogi Bear serving me breakfast in bed while Bambi read inspirational poems, if the bathrooms are no good, I AM OUT! There was this one afternoon when I found six or seven granola bar wrappers on the floor around the toilet though. That was not as much gross as it was confusing. I am going to be pondering that one for a while. Was there a person hiding in the bathroom eating granola bars? They aren’t even that great of a treat. Candy bars maybe, but granola? This is going to bother me for a while. 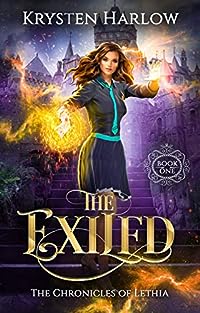 The Exiled: A Fantasy Novel (The Chronicles of Lethia Book 1)
by Krysten Harlow

The archmage of darkness has returned…

From the moment I stepped into the Academy, I knew my life would never be the same. I was prepared to learn the truth behind my bloodline and what I was really capable of – but I never could have imagined it would be like this.

The Exiled are preparing to make a move… but the real threat is closer to home. There’s a spy lurking among us in the Academy, and I feel inexplicably drawn towards him. The only one I can trust is my roommate, who bears an uncanny resemblance to a dead member of the Council. Tasked with mastering my powers, I know I must delve into the history of Lethia and its deep magic to unravel the truth behind our dark and elusive enemies.

But time is running out. Caught in the middle of a web of lies and deceit, I must play the twisted game of an ancient foe. The future of our home hangs in the balance – and I don’t know if I’ll be strong enough to save it.

Overwatch: Book 1 in the Reed Montgomery Series
by Logan Ryles

He traded his lethal skill set for freedom. Now he wants out. Can a war-weary killer outgun a criminal empire?

Reed Montgomery is slowly dying inside. Desperate to free himself from an ugly contract, the jaded Marine-turned-hitman agrees to one final job. But the assassin’s chance for salvation crumbles in a whirl of lost nerve when he discovers a shocking personal connection with his target.

With his retirement now a pipedream, Montgomery’s only shot at redemption is to train his sights on his criminal bosses before he’s the next hit. And since he’s become an inconvenient loose end in a treacherous setup, the crafty killer must unleash hell on the biggest crooks in the business… or die trying.

Can one pair of deadly hands snuff out an entire cartel of evil?

The Book of Ruin
by W.G. Hladky

Winner of the 2020 IndieReader Discovery Award for Science Fiction

Generations after solar storms sent the world spiraling into a Second Dark Age, descendants of American soldiers defend the last NATO stronghold in Germania. From the Asiatic Steppes comes the mysterious Vucari. NATO sends Senior Chief Loveboy Weir and a team of rangers to investigate. Traveling in anti-gravity vessels, they visit the beautiful city-state of New Reykjavik and mountains where Kazaks use giant eagles to hunt enemies. The rangers also journey to the City of Ghost that spews poison and to a floating monastery where monks protect the Book of Ruin. They also encounter Vladimir the Resurrected, the Vucari’s warrior prince, who claims to want peace but decimates any population that resists him. Weir struggles to convince NATO not to trust Vladimir. While politicians and clerics make backroom deals to appease Vladimir, Weir prepares for a war he fears is coming… 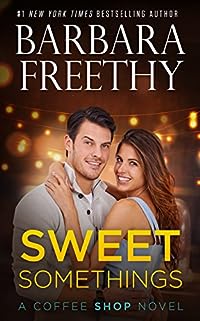 From #1 New York Times Bestselling Author Barbara Freethy comes a poignant, and charming romance about going home, falling in love and finding yourself.

Roman Prescott has always lived his life in the shadows. Being invisible meant staying alive — during his troubled childhood and his years as a soldier. But when an injury sends him back to the small town of Fairhope, he can’t hide from his past or the light brought forth by a beautiful pastry chef.

Having lost her parents at a young age, Juliette Adams has had her share of tragedy, but now she fills her days making sweet desserts in her bakery and trying to recapture her happy childhood. Then she meets an attractive, brooding man, who is not only tearing down her old house but might just tear apart her fragile future. She’s not interested in the tragic love story she was named after — she wants a love that will lift her up, that will last, and this sexy soldier has one foot out the door.

They both know they should ignore the sparks between them, but Valentine’s Day fever has lit up the town and old love letters and long-buried secrets keep bringing them together. Can these two wary souls get past their fear of loving and losing to finally win the greatest love of all?

If so, what could be sweeter than that? 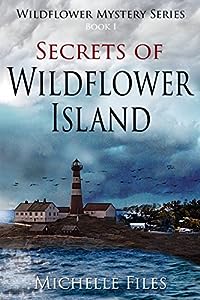 As they embark on a quest to solve the murder, they find themselves as the main suspects. The girls quickly turn on each other as they are blackmailed by an unknown person and harassed by residents of the small island they live on. Who killed the boy? Will the girls be next? This mesmerizing mystery, suspense novel will have you guessing until the end.