Somebody mentioned chimneys this morning, and for some reason I got all excited about Halloween. It’s not even Christmas in July season yet, and I can’t get the spooky holiday out of my mind. I am trying to decide what decoration I want to make this year. If I am going to be truly honest with myself, I really don’t need more decorations. I should probably put my time to better use. Maybe cook a decent meal for my family for once. Hmm…naw. So maybe ghosts? Evil penguins? 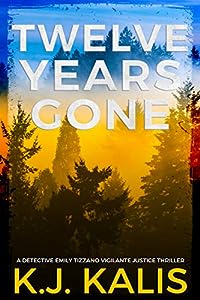 Twelve years gone…
Sarah Schmidt went out for a hike a month before heading to college on a cross-country scholarship. She never came back.

In the twelve years she’s been gone, the local police have done little to help the family, leaving them with the desperate knowledge that Sarah could still be alive, somewhere, somehow…

The family hasn’t given up their hope for revenge, or at least answers.

Emily Tizzano, a former Chicago PD cold case detective suffering from her own skeletons holds the hope of the family in her hands. Can she overcome her own past in order to help them find Sarah and get the justice they need?

Twelve Years Gone is the first novel in the Detective Emily Tizzano vigilante justice thriller series. If you like Dean Koontz, Robin James and L. T. Ryan, you are going to love this fast-paced suspense thriller series.

Love struck me at the early age of five. The boy turned into a man, and I fell even deeper. Guy Webb had no idea my fragile heart belonged to him for so many years. He was too busy being my brother’s best friend and a star on the football field. He was my daydream, and consumed every single thought, but he was always one step from my reach.

Beartooth Ranch was our home. The rich ranch land raised us, fostered our laughs, losses, and even gained a new family member when Guy moved in for his sophomore year of high school.

I hid my love for years. But now he’s back. Guy Webb returned a broken soldier after serving his country all over the atlas. And now it’s my job to help him heal.

My family lost everything with his return and I can only hope I survive it. 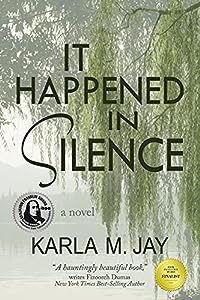 It Happened in Silence
by Karla M Jay

This is a powerful tale of family, a celebration of decency, and the heartbreak of society’s injustices then that rings true today.

Set in a world where women of the KKK betray their neighbors, where horrors of unscrupulous foundling homes come to light, and buried mysteries are not all that hidden. It’s Georgia 1921. Mute since birth, fifteen-year-old Willow Stewart has one task to complete — to leave her Appalachian homestead and find a traveling preacher and her brother, Briar. When a peddler kidnaps her, she escapes only to face an unjust arrest and penal servitude. The laws are not on her side. Or her brother’s.
Briar is serving time on a chain gang with four months left. When an immigrant boy asks him for help, Briar must decide if he should jeopardize his freedom to help the penniless boy.
Soon Willow and Briar become ensnared in a world of cruel secrets, savage truths, deceitful practices, and desperate predicaments.
This novel delves into the gut and sinew of fairness, probing often inexplicable questions, as old and persistent as the forest itself. 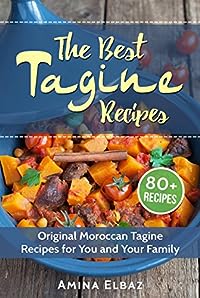 Original Moroccan Tagine Recipes for You and Your Family

It is time for you to travel into the depths of the Moroccan cuisine and discover its hidden secrets and mouth-watering recipes.

Who said you do not get to taste and fall in love with the amazing and famous Moroccan Tagines without visiting Morocco?

Now, you will have it in your home and in your own kitchen.