I have been gardening since I was a kid, so we are talking 100 years give or take. When you are as passionate as I am about a subject as I am, you would naturally take your passion to the next level, right. Turns out my next level is a $750 plant with four leaves. FOUR LEAVES!!! Quite frankly I don’t think the plant I found online even came with a pot. Here is the crazy part. I found another plant that was a similar look to the $750 plant, but for only $50. I’m like… OH, that’s not so bad. I had to slap myself. My brain was messing with me to think $50 for a plant with only a few leaves would be a wise purchase for me. I am sure the plants are well worth it, and are very rare and beautiful, but that is just not in my budget. I will not be advancing to the next level anytime soon. 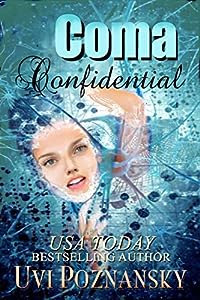 Ash finds herself in the ER diagnosed with coma. She has no memory of what has happened to her, but what she can do–despite what everyone around her might think–is listen to the conversations of her visitors. One of them is the man who raped her.

For Ash, there is little time to gather clues: blackouts are happening not only in the hospital but throughout California. The Russian hackers who are intent on sabotaging the power grid are trying to blackmail her boyfriend, Michael, into helping their cause. And what better way for them to do it but by kidnapping her out of the hospital?

“This suspenseful story spins into a wild race for survival for Ash, filled with terror, courage, and a journey that will have you cheering her on.”

Broken Leaves of Autumn: A Novel
by Eli Hai

An impossible love triangle on the backdrop of ultraorthodox Brooklyn.

Jeff Palmer is a young Christian arriving in New York from a distant town in Arizona after a clash with his abusive father, with the aim of building a new life for himself. In Brooklyn, he grows an unexpected friendship with Aaron, a young ultra-orthodox Jew that helps him find a job and invites him to his home. Jeff meets Eva, a successful businesswoman, who works as a broker at the World Trade Center. When Rebecca, Aaron’s ultra-orthodox sister, falls in love with Jeff, she throws her life, and his, into a swirl.

A touching and mind-opening novel that will catch your attention from the very first page.

Broken Leaves of Autumn is a fascinating and many-folded love affair that takes the reader from small-town Arizona to the Ultra-Orthodox Jewish community of Brooklyn NY, and from World Trade Center “ground zero” to Israel. It is a delicate and absorbing love story which will not leave you indifferent.

A sensitive and perfectly written story the holds an unexpected surprise.

A young man trying to build a new life for himself while dealing with his family secrets; A beautiful young woman exiled from her community after her passion is exposed; A handsome broker, pregnant with two, caught in the World Trade Center in 9/11. All these are brilliantly and skillfully brought together into a page turning novel that will catch you by the heart. 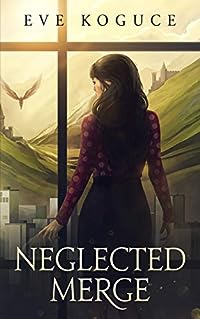 “Neglected Merge” is an inspirational thought-provoking futuristic fantasy romance novel. The story of fated lovers developed against a backdrop of a new post-apocalyptic world painted in bright tones. A fortuitous meeting of Tauria, an independent woman living in one utopian-style world, and Doron from high society of the other world, is destined to be the new beginning for both worlds.

Tauria, aged 32, lives in the society that seems to believe that happiness is a universal concept. People, who had survived the near apocalyptic experience, have built a whole new world full of pleasure and easiness. It is designed to make everyone feel happy every minute of their lives. Work brings satisfaction, hobbies are encouraged, relationships are supposed to bring out only positive emotions. Does it matter that things that don’t fit into the general happy pattern get discarded and disappear? Things like friendship and commitment. Things like true love. It is supposed to be enough with lightness and never-ending joy.

But there are two worlds now. They are forced to exist side by side. Can they find a way to live together?

The Chinese proverb says: “When the winds of change blow, some people build walls and others build windmills.” What will the people of two worlds, so utterly different and at the same time so similar, choose? 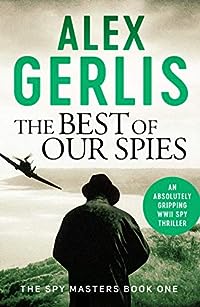 The Allies have landed, the liberation of Europe has begun.

In London, her husband Owen Quinn, an officer with Royal Navy Intelligence, discovers the truth about her role in the Allies’ sophisticated deception at the heart of D-Day.

Appalled but determined, Quinn sets off on a perilous hunt through France in search of his wife. Aided by the Resistance in his search, he makes good progress. But, caught up by the bitterness of the war and its insatiable appetite for revenge, he risks total destruction.

Based on real events of the Second World War, this is a thrilling tale of international intrigue, love, deception and espionage, perfect for fans of Robert Harris, John le Carré and Len Deighton. 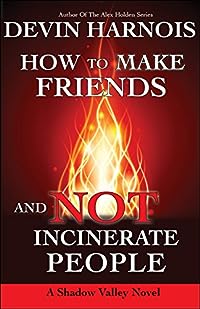 Being a teen is hard enough without supernatural powers.

Aiden discovers a new world when his changeling abilities manifest. He’s forced to move to Shadow Valley, a town hidden from the world — and full of monsters. Students at the high school learn how to control their supernatural powers alongside regular classes. Graduation means the freedom to go out into the human world. Failure means being trapped in town for good.

Aiden struggles with the fear of his powers and his strange classmates. When he meets bad boy Dylan, a dragonkin, they begin an unlikely friendship. But a mysterious figure stalks their dreams, tempting them with their heart’s desire. To Aiden, he offers the chance to meet the fae family he’s never known. To Dylan, he whispers promises of freedom from the wardens who enforce paranormal law. All they need to do in return is one little spell…
When Dylan makes a dangerous choice, can Aiden act in time to save him?

This YA contemporary fantasy series is centered on friendship and is appropriate for teen readers ages 12 & up.