The Fletcher Family Saga by J. T. Bishop, is the sister series to Bishop’s Red-Line trilogy. It can be read on its own or before the trilogy. If you love heart-pacing thrills, unexpected twists, a keep-you-guessing whodunit and a tantalizing romance, then this series is for you. Enjoy! 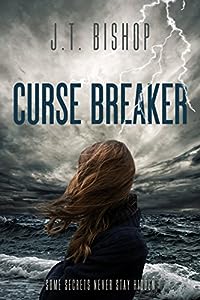 A murderous curse. A dangerous plan to break it. But the truth could prove more deadly.
In high school, a friend’s mother curses Grayson Steele after the tragic death of her daughter. Now, years later, Grayson is wealthy and successful, but on the brink of suicide. Because the women he loves are dying. And he can’t stop it.

Determined to catch a killer and end a supposed curse, Gillian Fletcher derives a plan. Catch the murderer who’s making Grayson’s life a living hell. But there’s only one way to do it. She has to be the bait. But helping Grayson comes at a cost when Gillian is forced to disclose her own hidden past. One whose revelation could cost her everything she loves, including Grayson.

As Grayson and Gillian’s plan takes shape, they must not only expose a killer, but also their feelings for each other. The further they go, the more secrets they will uncover. Secrets that will illuminate not just a madman, but shocking truths that neither may be prepared to face.

Truths that will change their future forever. 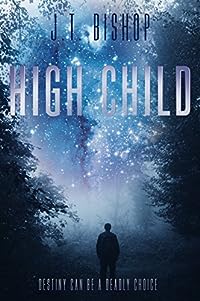 Destiny can be a deadly choice… Gifted with unique abilities, Royce Fletcher struggles to find his place in the world. Living a solitary life in the woods, he finds his quiet existence disrupted by unexpected visitors. Visitors he would prefer to avoid.

Despite his attempts to protect himself, Royce finds himself caught up in an unexpected romance, a local murder investigation, and a destiny he has little interest in pursuing. The more he tries to pull away, the more drawn in he becomes, until he must face the demons that refuse to go away. Demons that risk more than just his life, but all that he holds dear. 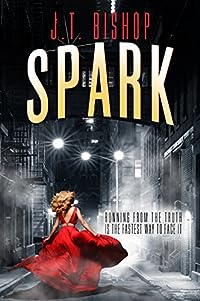 Eve Fletcher is on the run.
She’s hiding from the men who’ve killed her boss. But she’s not alone. A man she barely knows is with her, and she must decide whom to trust. But Eve has more than her life at stake. She’s protecting secrets, too. Secrets that if exposed could risk not only her, but her entire family. But everyone has secrets, including the man who refuses to leave her side.

With time running out, Eve must choose whether to bring her boss’s murderers to justice. But she’s falling for the mysterious man with his own suspicious motives. Can she risk loving him or will his presence threaten the family she’s trying so hard to protect? 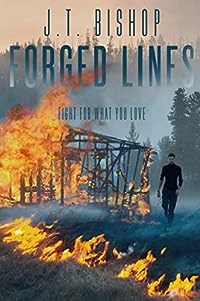 Confronted by their enemies, they’ll fight to survive.
Caught unaware, the Ramsey and Fletcher families face their greatest challenge. After a violent attempt on their lives, they must combat the forces that want them dead.

As loved ones are separated and family members threatened, they’ll do whatever it takes to protect the ones they love. The further they go, the more dangerous it becomes, until the very forces required to protect them may no longer be enough.

Despite betrayals and setbacks, they’ll battle to the end, but success is never a guarantee. Their fate will be defined by their ability to trust their destiny. But will destiny take them to the edge of darkness or to a new and unexpected beginning?