There is a bear running around town at night and I got to say, it makes me uneasy. Last time we had a bear roaming the streets we also had a lion at the mall. This can only mean a tiger is on it’s way, and I do not find this acceptable! This makes me seriously rethink my Mothers Day plans of a morning hike. I just really don’t want to be eaten by anything. What a horrible way to die…being chomped up by something bigger and stronger. This is why I decided not to be a mermaid in the first place. One of my biggest fears is being eaten by a shark. Sure, your hair would look great flowing all around like a halo, and you would have a big pretty fish tail to fly through the water with, but shark teeth are pretty sharp. Cut you right in half. Yikes! I bet Wal-Mart sells bear repellent. I might have to do a little shopping this afternoon. 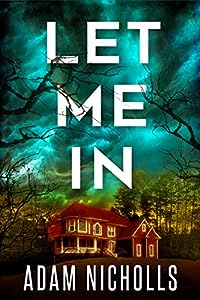 Let Me In (Morgan Young Book 1)
by Adam Nicholls

All he wanted was to stop a killer.
He never knew what it would cost.

Morgan Young only took the small cases – the ones he knew he could solve – but when Detective Gary Lee arrives on his doorstep asking for help, he’s given no choice. Two women are dead, and they have to find the killer before he strikes again.

Before he knows it, Morgan is in the middle of a revenge story that darkens with every twist. While victims are dropping like flies and his abilities are being questioned, he has one chance to find the serial killer, and that opportunity is passing him by. Fast.

LET ME IN is a tense, nail-biting serial killer story with an enthralling prose. Short, exciting chapters and twists at every turn make this novel a great read for any fan of James Patterson, Tess Gerritsen or Harlan Coben. 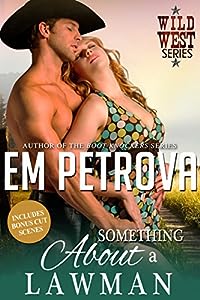 Something About a Lawman (Wild West Book 1)
by Em Petrova

What’s worse than learning you have a new sidekick? Finding out it’s a know-it-all woman — and she’s banging-hot.

When cattle turn up missing, Wyoming lawman Aiden Roshannon is on the scene. There’s a reason Aiden’s the best at what he does — he only goes by the book. Sure, it’s taking some time to track down the criminals who are stealing and outright butchering the good ranchers’ animals, but he’ll serve them justice in the end.

Amaryllis Long has been a Texas Ranger for five years and her experience trumps anything this newbie operation in Wyoming has seen. She’s locked and loaded, ready to break all the rules if it means getting her criminal cuffed and stuffed. Only thing is, she needs an extra set of cuffs for her sidekick Aiden. The lawman might be hunky as hell with hidden tattoos and secrets as long as a summer’s day, but she knows best.

Asking Amaryllis to stop and think before she acts is like asking a pig to stop eating. She’s reckless, annoying… and a damn good kisser. Half the time Aiden doesn’t know if he wants to throw her in the back of the truck and have his way with her or hog-tie her and leave her alongside the road. They might both be fighting for the same goal but if they can’t agree on how to handle the situation, how can they succeed? 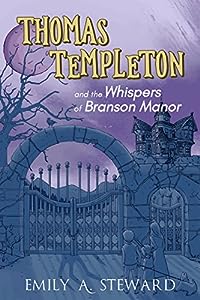 Thomas Templeton and the Whispers of Branson Manor
by Emily A. Steward, Chad Steward

Thomas has only vague memories of the night his parents vanished, and the memories haunt his dreams: an old mansion, a game of hide and seek, and panicked screaming.

After their aunt threatens to split them up, Thomas and his two sisters run away and journey to the abandoned family mansion looking for clues to their parent’s disappearance. Soon after they arrive, terrifying messages and apparitions make it clear that someone or something doesn’t want them there.

When another person close to Thomas disappears, the children must work quickly to stop the sinister force before they become the next victims of Branson Manor. 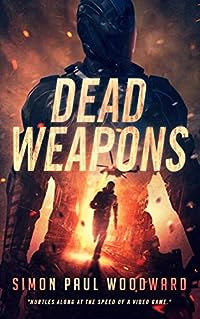 Violent gangsters want his hardware. Droid soldiers are after his blood. Can a son searching for his dad survive the fight of his life?

London in the near future. Ciaran Richards refuses to accept his heroic father’s death. So to uncover the true fate of his dearly departed parent, the fifteen-year-old agrees to deliver his criminal brother a rare AI-powered gun. But Ciaran barely escapes with the prized hi-tech piece when the illegal pickup goes south, and he’s framed for murder.

With the government’s intelligent weapon now fused to his hand and both cyborg black ops and mobsters hot on his heels, the embattled teen is desperate to unearth the truth. But when he ropes in his hacker ex-girlfriend to unlock the firearm’s gruesome secrets, he fears the grim reality of his father’s demise exposes an ugly and dangerous conspiracy.

Can Ciaran outrun those who want him exterminated in time to save the innocent?

Dead Weapons is an exhilarating standalone YA thriller. If you like cyberpunk tech, pulse-pounding action, and page-turning shootouts, then you’ll love Simon Paul Woodward’s mind-bending story. 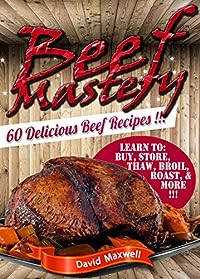 In this book, you will learn the basics of buying, storing, thawing, broiling and roasting meat. After that, you will get 60 delicious Beef recipes with detailed ingredients and instructions. Bon Appétit !!