The Perfect Beginning To The Week

WELCOME HOME!!! I am so glad to be back home. Hubby and I were in Tuscon, Arizona last week. I wish I could say it was for vacation, but sadly it was not. My father passed a few months ago and there was business that needed to be taken care of. I was so happy to be back on Saturday, and we got home early enough for me to do one of my most favorite things when I have been gone a long time. Checking what has changed in the garden. I inspect the garden every day, so five days of change is a big deal. The garden did not disappoint. The warmer weather caused the clematis to explode with huge purple flowers, and the bearded iris joined in the party. My passion vine decided to go crazy with growth while I was away, as well and took advantage of my absence and stretched out much further than I want. Gotta get that guy under control before it’s too late. So much to do in the garden this week.  Right where I want to be. 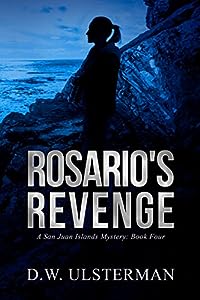 Love is complicated but death is permanent…
A man is shot dead in the street. A close friend is accused of murder. A Russian crime lord lurks in the shadows. Local reporter Adele Plank knows that in the San Juan Islands things are rarely what they seem and that secrets run as fast and deep as the waters that surround them. She must fight to uncover the truth and stay one step ahead of those who would silence her forever. 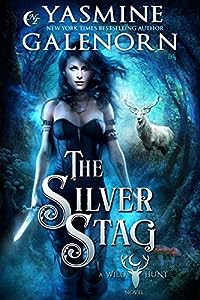 The Silver Stag (The Wild Hunt Book 1)
by Yasmine Galenorn

Life isn’t easy when you bear the mark of the Silver Stag.

Caught between the worlds of Light and Dark Fae, Ember Kearney was born with the mark of the Silver Stag. Rejected by both her bloodlines, she’s turned her back on her people to become a freelance investigator, hiring herself to take care of common problems like hen-stealing goblins.

When Ember’s best friend asks for her help, it leads them both into a glittering world of conspiracy and danger. Angel’s little brother has vanished, and Ember must race against time to save his life. But when Ember discovers what’s happened to DJ, both she and Angel find themselves recruited into Herne’s elite squad of bounty hunters. Now, Ember must not only face her heritage, but she’s bound to preserve the balance between the Fae Courts, for if order isn’t maintained, war and chaos will spill out into the mortal realm.

The Silver Stag: Book 1 of the Wild Hunt Series 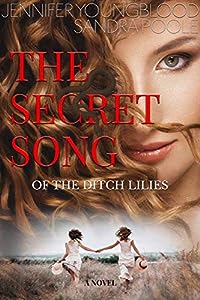 The Secret Song of the Ditch Lilies
by Jennifer Youngblood, Sandra Poole

Delia Reynolds has it all — money, social status, a husband who loves her. Then why is she so miserable? Why is she haunted by her past?

Delia tries to mold her daughter, Sybil, into her debutante life, but it’s like trying to fit a square peg into a round hole. Needing a new life, Sybil flees the fast-paced life of Atlanta and takes her daughter to, of all places, Delia’s hometown, nearly sending Delia over the edge. Faced with the trauma of losing her daughter to the place she spent a lifetime trying to escape, Delia is forced to relive the trauma of the past — trauma that began when her younger sister fell for the son of a snake handler.

Sybil takes a job at a real estate office and unwittingly becomes entangled in an explosive battle that escalates to murder. She becomes involved in a tempestuous relationship with Kade Langston who’s everything she ever wanted in a man and more. She suspects there may be more to Kade than meets the eye when a prominent town council member turns up dead.

A beautiful, engrossing tale of the fragility of the human heart and the courage it takes to embark on the stony path toward the one thing the soul yearns for most — home. 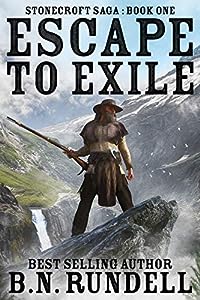 AUTHOR OF THE BEST-SELLING BUCKSKIN CHRONICLES SERIES TAKES US ON AN EPIC JOURNEY IN THE NEW STONECROFT SAGA
It started as a brother defending the honor of his only sister, but it led to a bloody duel and a young man of a prominent family lying dead in the dirt…

Gabriel Stonecroft along with his life-long friend, Ezra, the son of the pastor of the African Methodist Episcopal church, at his side, the journey to the far wilderness of the west would begin. One man from prominent social standing, the other with a life of practical experience, are soon joined in life building adventures.

That journey would be fraught with danger, excitement, and adventure as they face bounty hunters, renegade Shawnee and Delaware Indians, and river pirates. The odds are stacked against the two young men that were lacking in worldly wisdom when it came to life on the frontier. But that reservoir of experience would soon be overflowing with first-hand involvement in happenings that even young dreamers could never imagine.

Gabriel Bach: Attorney, Judge and Gentleman: The Child Who Escaped from Nazi Germany and Became the Prosecutor of Adolf Eichmann
by Gabriel Bach, Yael Roseman

A Jewish boy physically kicked out of Germany later to become a prosecutor of Adolph Eichmann – the main designer and executioner of the Nazi “Final Solution”.
November 1938, Germany. The Bach Family is on the train – leaving Nazi Germany at the very last moment – two weeks before the notorious “Crystal Night” (‘Kristallnacht’) – which marks the beginning of the first step in the Nazi extermination plan- the massive arrest of Jewish men in Germany. The train is heading towards Holland as a stopover on the family’s way to the Land of Israel (then “Palestine”). Once reaching the border, they hear an SS officer shouting their name: “Where is the Bach family? Get off the train now, with your luggage!” All their belongings are scattered on the ground for the search. The train is about to leave… Finally the order comes: “Okay, take your luggage and get out of here!”

Gabriel Bach – a skinny eleven-year-old boy, finds himself standing on the platform with a heavy suitcase. Suddenly, an SS officer appears behind Gabriel and gives him a strong kick, which lifts him and his suitcase from the platform back onto the train. “I will never forget” says Gabriel Bach in his stunning memoir, “the fact that I was literally kicked out of Germany by the Nazis.”

22 years later, in 1960, that boy, now Deputy State Attorney in Israel Gabriel Bach is appointed as the person in charge of the investigation of Adolph Eichmann, the main designer and executioner of the Nazi “Final Solution”. Then, In April 1961 he becomes one of the three prosecuting attorneys, representing the State of Israel in one of the most talked about court cases in history, The Eichmann trial, which continues to this day to arouse a lot of interest all over the world.

Since then Gabriel Bach held over the years various high positions in the legal system in Israel. As the State Attorney of Israel and, later on, as Justice of the Supreme Court, he was at the center of many other fascinating public, social and political affairs that stirred up the country, which are described in this biography, enabling the reader to understand central issues that Israeli society has dealt with during its first 50 years.

Yet, of all the chapters in his long career, he regards the privilege he has had to speak in court on behalf of the 6 million Jews who were murdered by the Nazis as the event that has had the most profound impact on him professionally and personally. Over the years he has travelled to many countries to speak in front of various audiences, particularly in Germany, about the Eichmann trial and about genocide and crimes against humanity, guided by a sense of mission to raise consciousness to the Holocaust and its implications. 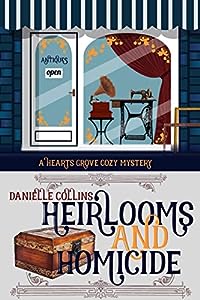 A mysterious death, an antique box, and a missing girl.

Henrietta Hewitt runs an antique store in Hearts Grove, Washington. In the process of collecting antiques, she comes across countless unusual items, many with a story. Some with secrets. When a missing girl is mixed with a prized antique, things turn deadly. Can Henrietta solve the mystery of the antique box and keep everyone safe?