California is now in a drought… again. California has really got to stop doing that. As you can imagine, when it started to rain yesterday I couldn’t help myself with the buckets all over the yard again. I had just gotten two new water drums for free, and I have every intention of filling those suckers up with as much rainwater as possible. I have a garden to think of, so I need as much water saved up as possible. I feel like I am already ahead of the game having torn up the lawns in our yard. Since the baby bassets don’t play on lawns anymore, they were a bit of a waste time and water to maintain. Plus we live three houses down from a park, so if they need to roll around in grass, there it is. I know mu neighbors must have thought I was crazy as I was even putting buckets in the front yard under corners where the rain was running off the roof of the trailer. For a brief moment I was worried if I left them out would my water get stolen. Not yet, but maybe in a few months I will have to be more careful. With all the ducks we have migrating to our street, I might just find a duck or two in them though. 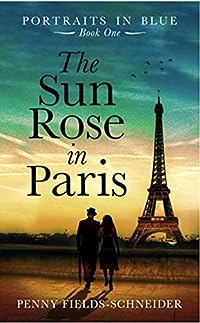 In this epic and haunting series a young man’s life is forever changed as he embarks on a journey of love, loss and restoration.

Jack has been praised all his life for his extraordinary artistic talent and is rarely seen without his sketchpad. However, in Jack’s world art is considered a hobby – men are expected to have jobs that offer security and advancement.

Future responsibilities are far from Jack’s thoughts when he travels to London to visit relatives. On the crossing, Jack’s drawings astonish a fellow artist, Margaret. Convinced of his potential, she introduces him to the Bloomsbury set, exposing him to a world where peoples lives are dictated by passions rather than social conventions and art is central to their existence.

Accepting a thrilling opportunity to study modern art in Paris, Jack’s life is forever changed. He forms a deep friendship with fellow student, Andrés and his sister, Sofia, whose dark eyes and sweet smile captivate his heart. Together, the trio explore Paris at the height of its golden age. Mentoring from Gertrude Stein and Pablo Picasso affirm Jack’s talent, and he has never felt so happy.

Despite experiencing the richness and freedom of life of an artist, accompanied by the wonder and turmoil of perfect love, Jack is plagued by the responsibilities that call him home.

When tragedy threatens, Jack is torn: should he follow the well-laid plans for his future or pursue a path set to disappoint his family and which offers only uncertainty? 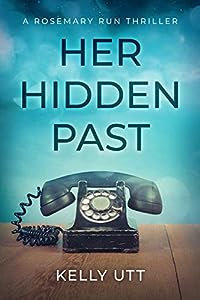 Her Hidden Past (Rosemary Run Book 2)
by Kelly Utt

Bea Hughes had put the past behind her. Until an anonymous caller phoned to say they knew what she’d done. To make matters worse, Bea suspects someone else in the house was listening in on the line.

Fearful she’s been found out and desperate to keep her family together, Bea must identify and silence the person who stands in the way of her happiness.

Should she confess after all these years? Should she cover her tracks? And can she do it while keeping her high-profile marriage to a public figure out of the headlines?

Her Hidden Past is the second book in the Rosemary Run Series of domestic thrillers.

A global flu pandemic has wiped out ninety nine percent of the worlds population. The UK is now lawless and the power is off. The survivors are left to fight over the remaining supplies of food and water. Nick Smith is a man with a tough past. He was a fugitive when the virus hit. He survived by living off the land and by staying constantly on the move. Following the pandemic he reluctantly saves a young boy from a vicious gang and his life is turned upside down. Nick is then drawn further into a situation that he has been avoiding for years.

For Amanda Jacobs, dealing with the pain of losing her beloved Dad is the toughest thing she’s ever gone through, and it comes with a lot of complications, as well – like taking over the family business, Mountain Ridge Outdoor Adventures. It makes her miss the simplicity of being a teenager, when she was surrounded by her amazing friends, The Fabulous Four, and she was madly in love with her Dad’s right hand man, Justin Barnes. His sexy smiles and deep brown eyes had made her heart race in a way she’s never felt before or since. When the Fabulous Four unexpectedly show up on her doorstep to support her through this complicated time, things seem to be looking up for Amanda. But that’s not the only surprise visit in store for her…
Justin Barnes left Hope Falls ten years ago, in the dead of night, and didn’t think he’d ever set foot there again. That was just fine with him, except for one little complication: Amanda Jacobs. He had fallen in love with her unruly blonde curls and sparkling sapphire eyes, but she had been a teenager then, five years younger than he – too young for him to act on his attraction. Still, he’d missed her every single day of those ten years. When Justin receives a phone call that his former mentor has passed away, he knows he has to return to Hope Falls. Justin just has one question – will the girl that once adored him have grown into a woman that can’t stand him? Or will she still be the only thing in the world that feels like home? 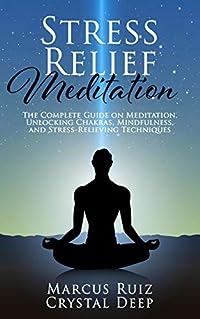 Are you suffering from anxiety? Do you feel over-stressed for most of your day? Does it seem like the little things in life unbalance your calm and get to you more easily now? Or have you tried breathing exercises before but found them ineffective?

You probably meet various obstacles regularly, and you may have experienced burnout on multiple occasions.

Possibly, you’ve even contemplated giving up – giving up on causes in which you believe strongly, and for which you have a real passion. Who knows? Maybe you’ve already quit, and this little book is your last-ditch effort to rekindle a fire you never wanted to go out.

If it makes you feel any better, I know what you’re going through.

Within this book, you will learn about the following topics:

The extensive definition of stress and the effects

Learn more about anxiety and its different forms

What meditation is and how to start and the different types

How to practice guided meditation for different purposes

So if you are looking for a way to take your spirituality and well-being to the next level, then this package is for you.

Even if you are a beginner, within these books you will find clear and simple explanations to be followed that will make your path satisfactory from the very first day. 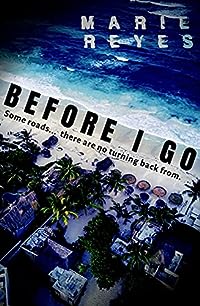 Before I Go: A dark adventure thriller
by Marie Reyes

A suicidal man looking for a way out – A woman in search of her missing sister. It turned out so wrong, for strangers in the night.

Michael travels to Mexico to get his hands on a drug known as, death in a bottle so he can take his own life.

He intends to spend his last few days drinking cocktails by the pool, but when he meets a woman called Josie at the hotel bar, that all changes.

Josie has come to Mexico for a specific reason of her own. Her sister was kidnapped in the area a year ago while backpacking and has never been seen since.

As they grow closer and join forces to discover what happened to Josie’s sister, they end up uncovering more than they bargain for, and Michael might not be the only one with death in their near future.

Before I go is a dark adventure thriller that will keep you on the edge of your seat. .