Best-selling and award-winning author Terry Toler is the author of seventeen nonfiction books and nine novels, that are all masterfully written and always has readers on the edge of their seat. If you like intrigue, plot twists, deep emotional connections between the characters, and adrenaline filled adventure, then you’ll love these fast-paced adventures. Enjoy! 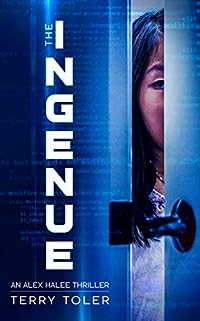 When he runs into trouble, he gets help from the most unlikely person. Bae Hwa is a thirteen-year-old North Korean girl who likes to steal backpacks. When she unknowingly gets her hands on a satchel full of nuclear codes, her entire family is in danger and she ends up in prison.

Alex is arrested and thrown in the same prison cell as Bae. It’s a race against time as he has to save them both and keep the codes out of the hands of those who want to destroy America… 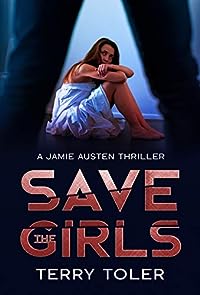 SAVE THE GIRLS: A JAMIE AUSTEN SPY THRILLER (THE SPY STORIES Book 1)
by Terry Toler

Why are all the hard-core CIA operatives always men? They aren’t.

Introducing Jamie Austen a CIA operative tasked with infiltrating sex trafficking rings and rescuing girls from some of the most ruthless and violent organizations in the world. When her assignment takes her to Belarus, she uncovers a ring that tricks girls into believing they are signing up to become mail order brides to America only to find they are being sold into sex slavery in Russian and in the Middle East.

Jamie faces grave danger as she attempts to save the next busload of three hundred girls leaving in a matter of days, knowing she is the only one who can save them. 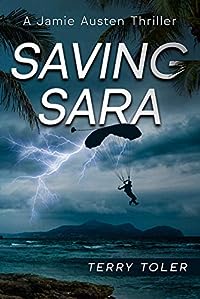 “This book is destined to be another best seller from Terry Toler.”

Sara is missing in the Cayman Islands.

No one knows it. Except her abductors, of course.

Are the cases related?

All of Jamie’s skills are tested as she must overcome the powerful drug war lord, El Mata, his ruthless band of heavily armed killers, and a hurricane that’s bearing down on the Caribbean islands. 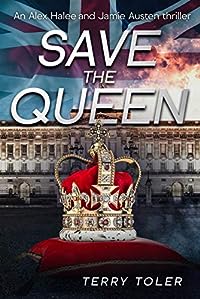 SAVE THE QUEEN: AN ALEX HALEE AND JAMIE AUSTEN SPY THRILLER (THE SPY STORIES Book 4)
by Terry Toler

The addictive, page turning saga of Alex and Jamie continue as they are in London on their honeymoon.

Everywhere they go, terrorist attacks keep happening right in front of them. Knife attacks. Acid attacks. After the fourth one, Alex begins to suspect that the notorious Pok may be behind them.

From a remote location in the middle east, Pok hacked into London’s security camera system. He follows Alex and Jamie everywhere they go springing terrorist attacks right in front of their eyes. Pok is toying with them, as each attack increases with intensity until it will culminate in a dirty bomb to be exploded at the Royal wedding just three short days away.
London Police wonder why Alex is present at every attack. They suspect he’s somehow involved and try to arrest him.

Will they succeed or will he elude capture and save the Queen, the target of the dirty bomb?