The Remote Viewer series by Rhonda Armbrust is an action-packed adventure that spans East Africa, Asia, and Colorado, in a Romeo and Juliet style love story of galactic proportions. Join Jazz and Aidan on this thrilling adventure that explores the mind’s potential, the murky ethical issues of our times, and the unrelenting will of the human spirit in the face of evil, love, and truth. 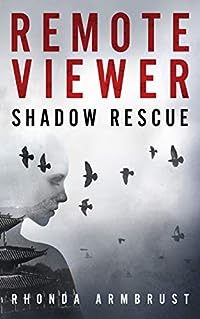 When your mind is your most powerful weapon, what happens when it’s erased?

Jazz is hired by the National Clandestine Service for her supernatural, clairvoyant abilities. Her mission is to locate Chinese assassins and name their elite targets, who head a bioweapon plot designed to control the Chinese population and wipe out hundreds of thousands of lives.

But when Jazz wakes up one morning at her home in Washington State with no memory of the NCS or her mission, she can no longer distinguish her friends from her enemies.

A handsome, blue-eyed psychologist, Aidan, is assigned to help jog her memory. Just as their relationship turns romantic, Jazz is kidnapped and taken to a monastery in Chengdu, China. Here she’s forced to confront the truth of how her memory was erased, human rights conspiracies that underlie her mission, and the death of her parents — which she fears was influenced by her clairvoyant powers.

A rescue attempt by Aidan is thwarted. And a daring escape down China’s Jing River, over the mountains into Myanmar, and to a remote tribal village in India ensues.

Now, Jazz is caught in a deadly game between powerful forces that spirals her life out of control.

She is being hunted.

CIA operatives have been ordered to kill Jazz before she can return to America and expose a shocking secret that undermines her entire mission and questions the moral fabric of the institutions we trust. 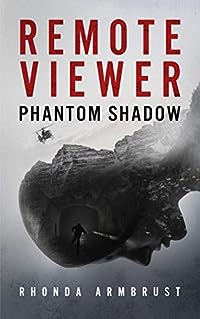 Jazz weathered the battle with her nemesis and now she wants to bask in her new life with Aidan. But when a friend asks her to remote-view and psychically find her missing daughter, she is thrust into the grisly world of human trafficking. Jazz joins a group engaged in dismantling the global two-hundred-billion dollar a year slave trade. Her role is to locate abducted victims and help the elite force of former military experts liberate them. After the team conspires to break up a trafficking ring based in San Francisco, Jazz clashes with hellish thugs who fear she might expose them. With everything at stake, she must dig deep for courage and preserve a semblance of the tranquility she obtained while in hiding at a monastery. 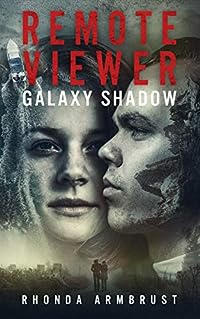 It’s 2030 and oxygen masks are mandatory in cities. The Earth is dying.

Jazz, Aidan, and their teenage daughter, Jenny, live in the remote mountains of Colorado, which has protected them from climate change’s alarming death toll. But not everything is as it seems.

An alien race known as the Coropsuns secretly inhabit the Earth, and Jenny accidentally falls for one, Zayn. But love between Coropsuns and humans is forbidden. That doesn’t stop Jenny. She soon discovers that Zayn’s brother Leland is trapped on Diego García Island, at a U.S. base in the middle of the Indian Ocean. He’s been kidnapped by the CIA. The military wants to extract his hidden knowledge about Coropsun zero-point energy and use it to build weapons for the anticipated war over Mars.

But Earth is not yet lost.

Before Jenny and Zayn can stage a rescue, they’re abducted by Leland’s kidnappers. Now, it’s up to Jazz to set them free.

Can she save Leland and the fate of humanity? Will star-crossed lovers Jenny and Zayn ever be together?