The Crystal Coast Case Series by A. M. Ialacci

The Crystal Coast Case series by A. M. Ialacci, has complicated characters that are rich and believable, and the perfect amount of mystery and intrigue.  If you like Melinda Leigh, Lisa Gray, or Claire McGowan, you’ll love A. M. Ialacci’s gripping series of sun-drenched murders. Enjoy! 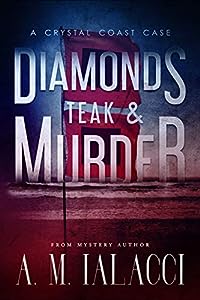 Upon the sudden deaths of her parents in a car accident, credit fraud investigator Allie Fox traded her fast-paced life in Chicago for a boatyard bookkeeping job in sleepy Carteret County, North Carolina. It is a huge transition, especially as she is now the sole caregiver for her younger autistic brother. But when the yard foreman mysteriously ends up dead at work, she can’t resist being pulled into the mystery.

Plenty of people had reason to want Ty Guthrie dead, but he had been kind to her as a kid, and even the sheriff’s department thinks there may have been foul play. Despite the possibility of alienating all of her co-workers and risking her livelihood, Allie becomes a consultant on the case to discover the murderer in their midst.

The deeper she digs, the more secrets she unravels, and the killer turns his sights on her, and even worse, her brother. At odds with law enforcement and the DA while a massive hurricane bears down on the coast, the only thing that matters is that her brother is in danger. With everything to lose and time running out, it’s up to Allie alone to stop the killer, or die trying.

When Allie Fox became a private investigator, she envisioned herself solving crimes and keeping her hometown of Carteret County a safe place. Instead, to her great regret, she’s found herself trailing cheating husbands and tracking check kiters. All that changes when her autistic brother, Ryan, discovers a body near the Cape Lookout Lighthouse. Now, Allie is diving headfirst into the investigation.

Everyone in town loved the victim, or so they’re saying. Yet Allie soon discovers many at the Cape have shocking secrets they would kill to keep hidden. As she closes in on the truth, a frightening attempt is made on her life. Can she unravel the clues to reveal the murderer’s identity before becoming their next victim? 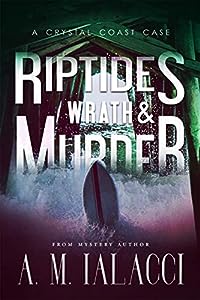 She wanted sun and surf. The waves gave her a wet corpse.
It’s been all work and no play for PI Allie Fox since moving to coastal North Carolina, and she’s in desperate need of a relaxing day at the beach. When a dead man washes up on the sand, Allie can’t help but examine the body.
Everyone says local surfer Ebbie Watkins was a nice guy, and the police are ready to call it an accident. But Allie isn’t convinced. Then Ebbie’s estranged son hires her to take the case, and she begins to unravel the victim’s darker side, uncovering a trail of bitterness, deceit, and wrath.
Allie tracks down every lead only to come up empty. When she is attacked, she must face her own vulnerability in order to find the killer in their midst before he strikes again.