Not Growing Up Today

Today is my youngest baby basset’s 13th birthday. I officially have two teenagers living in our house. YIKES! No, it does not make me feel old. What makes me feel old is the bad back, knees, and the fact that I get hangovers from cake. Speaking of… today we will be having cake, so any sad feeling of my babies growing up too fast will be pushed to the side by a delicious treat. Last year around this time we were getting the official word that kids were not going back to school, and we were all under quarantine. Just in time for his birthday last year. This year I told my youngest that since he is now unable to have two birthdays with his friends we would plan a special trip to Disneyland when things opened up. He was more than thrilled with this idea…. thank golly. My mom guilt was up there for a while.  I love when I can make promises for things I really really want as well.  I will be sure to let you all know when I decide to grow up. 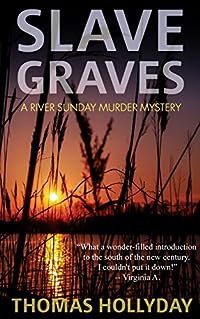 An expensive real estate development is halted when contractors find an ancient relic. The State of Maryland insists archeologists must determine the historical value of the site before construction proceeds.

Frank Light, a famous archeologist, is sent by his university to study the site, a mudflat on an old farm. The relic appears to be part of an old ship but a local black pastor insists the site covers a graveyard for slaves.

As he works, Light changes from a stuffy well contented professor into a man searching for his honor. He and a fellow historian, a female former student, fight for the right to uncover and preserve a terrible mystery she considers “amazing.” When financial and racial interests terrorize them, they realize once the age old lesson in life, truth comes with a very high price in murder.

Slave Graves is the first book of the acclaimed River Sunday Romance Mystery series by Thomas Hollyday. The author’s unique Chesapeake voice once again gives us an exciting read about the people, their beliefs and legends, the animals and the grasping mud and black water wetlands of this mysterious American region. His other critically acclaimed novels include Magnolia Gods, Powerboat Racer, Gold, Terror Flower, China Jewel, and Easter Sunday.

Each book, introducing new memorable characters, retains the simple and beautiful lifestyle, history and beauty of the Eastern Shore of the Chesapeake Bay. Powerful subjects such as freedom, atomic war, racism, religion, terror, sailing, and family love, are approached. Stories are insightful and well researched with technical expertise, humor, and fast moving action.

River Sunday Romance Mysteries are suitable for teen and older readers. They have no strong language and romantic descriptions are clean and suitable for family reading, discussion and enjoyment.

Thomas Hollyday has spent years working for animals rights. Part of the proceeds of his books goes to financing the research and maintenance of fresh drinking water resources for wildlife.

I was falling, the air like ice against my face, but a calm rushed over me, like I was finally at peace. He wasn’t going to get me. We were safe…

When eighteen-year-old honor student Lucy Owens discovers her family secret, she must leave the world she knows behind or suffer a fate worse than death.

Dubbed “that weird Owens girl” since grade school, Lucy struggled to find her place in the small, New England town she grew up in. She lived a quiet, sheltered life with her guardians, surrounded by the memories of her ancestors. Lucy bears a striking resemblance to some of these Owens women, down to the crescent moon shaped birthmark on the back of their necks.

Among her only visitors are two young men, Embry and Gabriel, who claim to be friends of the family. When prom night takes a sour turn, Lucy is forced to take shelter with them from a mysterious man hell-bent on acquiring her.

She also discovers that Embry and Gabriel are Gifteds, a subset of humans with supernatural abilities who don’t die until their job is done. In this case, they claim their job is to protect Lucy’s line. But as she gets to know them and her family’s history better, she has to wonder if their ultimate goal is to keep her safe, or to stop the man who’s after her?

Prophecy is a coming of age supernatural novel by Amanda Lynn Petrin. If you like strong heroines who keep fighting no matter how many times they are knocked down, then you’ll love this paranormal adventure. 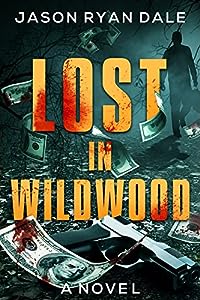 Lost in Wildwood: A Novel (Journeys Down a Long Dark Road Book 1)
by Jason Ryan Dale

Joshua has been a thief all his life. The biggest score he’s ever seen just fell into his lap. There are stacks of cash in a backroom practically waiting for the right crew to grab them. The planning and preparation have been painstaking, but years in the game have brought Joshua to this moment… and he’s ready!

So why is there a knot in his stomach whenever Joshua wakes up in the morning? Maybe it’s because the job breaks every rule that has kept him safe all these years. It involves guns, shady partners, and powerful people who don’t appreciate getting robbed. Or it could be the beautiful girl who’s bringing out feelings Joshua thought were just for other people. The girl who’s making him wonder if there’s something more to life than just the next score.

Only two weeks to get everything set. When the big night comes, bullets fly and friends become enemies. This job is going to end in a test of all Joshua’s skills, and a reckoning with all his demons.

Journeys Down a Long Dark Road

Just past the Philadelphia city limits there are a cluster of neighborhoods no one on the outside pays much attention to. It’s a nice place to live, with ballfields and takeout joints around every corner. The people who’ve raised their families for generations in the rowhomes and brick houses teach their kids to work hard and keep out of trouble.

But some people aren’t interested in staying out of trouble. There are fortunes to be made in the backstreets and shady barrooms, if you can stay alive long enough to get your hands on it. Many restless souls from this forgotten place have struck out from the safe path and traveled down a long, dark road.

Journeys Down a Long Dark Road is a collection of standalone crime stories set in a shared world. 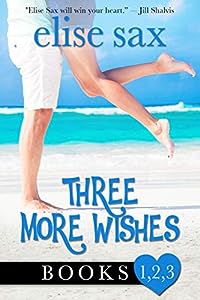 The Three More Wishes Series is three hot and hilarious novellas. Each novella is roughly 100 pages with NO cliffhanger.

Blown Away:
Journalist Millie Mossberg has four positive pregnancy tests in her purse. Four. The problem is that Cade Reed, her aggravating — and crazy hot — colleague is the father-to-be of this secret baby. She’s got to tell him about the bun in her oven, but she’s still wishing that the pregnancy tests were duds. While they cover a story about a deposed dictator, they’re trapped in a runaway hot air balloon. Will they plummet to their death? Will these friends turned lovers admit their love for each other? And most importantly, will they figure out how to have sex in a balloon basket?

Inn & Out
Beryl Meyer is a bum magnet. Her latest bum boyfriend was responsible for sending Beryl to prison for a crime she didn’t commit. Tired of bad relationships and sworn off men, Beryl learns that she’s inherited an old inn on Summer Island. She plans on selling the rundown house, in order to start a new life, but when she arrives on the island, she discovers that she’s only inherited half of the inn, and the other half now belongs to an ornery and hot ex-navy SEAL. Thor Stockman wants to run the inn, throwing a wrench into Beryl’s plans. Now she’s stuck in the inn, even though she wants out, and her vow to keep away from men is being tested by the hot hunk in the next room.

Quick Bang
Norma Blaze is off limits to her brother’s best friend, Stone Jenkins. But that doesn’t stop him from eating at Norma’s café every evening. The Blue Plate Special is good, but Stone craves more forbidden fruit and only has eyes for Norma. When a huge storm hits Summer Island, Stone checks up on Norma as the lights go out, and the two finally let their desires take over. Just as they think they’ve reached their happily ever after, someone crashes their party and the night takes a dangerous turn. It’s up in the air whether they’ll survive the night or if their attraction is true love or merely a Quick Bang. 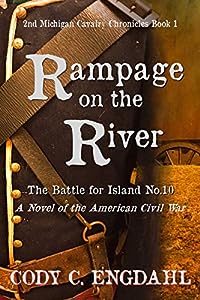 Rampage on the River: The Battle for Island No. 10 (2nd Michigan Cavalry Chronicles Book 1)
by Cody C. Engdahl

A swashbuckling adventure set in the American Civil War where love, honor, and friendship are tested in the madness and chaos of war. A reluctant Yankee cavalryman teams up with his old Confederate classmate to save someone very dear before it’s too late.

Rampage on the River brings to life the real battles of Fort Donelson, New Madrid, and Island No. 10 where the Confederates make their stand against dreaded Federal Ironclads to stop the Yankee invasion. It is the first book in a series that follows the exploits of the 2nd Michigan Cavalry.