No Treat, No Leaf

It’s been two days since I bought a plant.  The count begins again. I don’t think I am going to make it as many days without buying my next plant this time as I did last time. Hubby is on a diet, so I am on a diet. This is a whole level of self control that I am ill-equipped for. The only reason I made it as long as I did last time was knowing I could eat a few Valentines Day candies that I hid in the kitchen. I am a grown woman. I should be able to handle this. UGHERGH!! Listen! I am having a piece of cake on my youngest baby basset’s birthday in a few weeks. If anyone tries to stop me I will throw the biggest temper tantrum the world has ever seen. I WILL! DON’T TEST ME!

Find the truth; risk everything. A gripping WWII spy novel full of intrigue and peril from a modern master.

1942: A German spy comes ashore on a desolate stretch of Lincolnshire beach. But he is hunted down by a young detective, Richard Prince. The secret services have need of a man like him…

In occupied Europe, Denmark is a hotbed of problems for British intelligence. Rumours of a war-ending weapon being developed by the Germans are rife.

Sent to Copenhagen, Prince is soon caught in a deadly game of cat and mouse. Dodging Gestapo agents, SS muscle and the danger of betrayal, his survival – and the war effort – hangs in the balance.

Gripping and intense, Prince of Spies is the first in a new espionage series that will delight fans of Alan Furst, Philip Kerr and John le Carré. 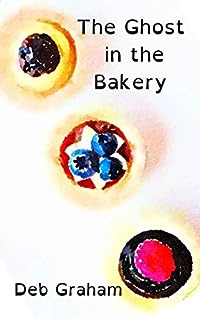 The Ghost in the Bakery
by Deb Graham

After her controlling husband’s death, entrepreneur Kate Mills happily trades big city life for her dream, owning a small-town bakery. The quiet life she envisioned is thwarted by a demanding mayor who hates progress, a sheriff with romance on his mind, and oh, yes, a couple of resident ghosts only her six-year-old son can see. If Kate can’t solve a murder — or two — her dreams will fall as flat as a half-baked cake. Join Kate as she makes a new life (or does she?) and look for a few of her favorite recipes at the end. By the author of Peril in Paradise, Murder on Deck, The Cookie Cutter Legacy, and The Dim-Witted Hitman 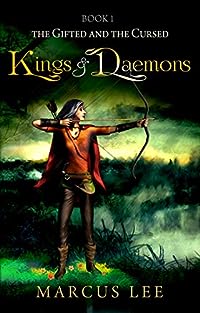 Kings and Daemons (An Epic Fantasy Adventure) The Gifted and the Cursed, Book 1
by Marcus Lee

What the gods give with one hand, they take away with the other, for if you are gifted, you shall also be cursed.’

If you enjoy dark fantasy with a twist of light romance, believable magic, and heroes that are at times more demonic than the evil they face, then this tale is for you.

Over fifty years have passed since Daleth the seemingly immortal Witch-King, and his army conquered the Ember Kingdom.

Now, with the once fertile lands and its enslaved people dying around him, the Witch-King, driven by his insatiable thirst for eternal youth, prepares his forces to march on the prosperous neighbouring Freestates. It will be the beginnings of a conquest that could destroy nations, bringing death and destruction on an unimaginable scale.

Then, when a peasant huntress whose rare gift was concealed from birth is exposed, it sets in motion a chain of events that could alter the destiny of generations to come. 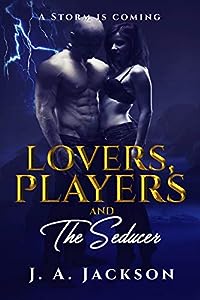 Lovers, Players & The Seducer: Contemporary Romance Seduction! The Storm is Coming (A Geek An Angel)
by J. A. Jackson, Jerreece A. Jackson, Rossi Jackson

Nicholas La Cour loves money. In the game of betrayer and betrayed he thinks his sister Lacey is the prefect target for his manipulative schemes to keep his financial ruin a secret.
Gorgeous Lacey La Cour lost her hopeful and playful spirit after being dumped by her childhood sweetheart. Now an adult, she is strong and independent.
Determined to find the answer to his money problems, Nicholas discovers his best friend Kienan Egan is strangely attracted to his sister Lacey.
Does his sister’s love life hold the answers to all of his problems?
Does Nicholas have the prefect plan?
A vengeful seduction is swept into play as tragic forces are unleashed in a dangerous game of deception and greed unlocking doors to the past.
Will Lacey discover her brother’s deception before it’s too late?
When it’s all said and done it’s all about the well-heed things in life, family, friendships, affairs, revenge, and romance. 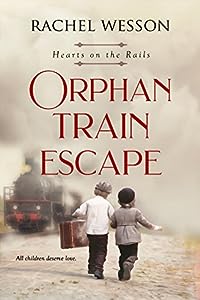 Bridget Collins is in dire straits – she needs to get out of New York, fast. With two young siblings under her wing, her options are limited.
Her priest sends her as an outplacement agent on the orphan trains that run from New York to out west.
With almost forty orphans under her care, she’s relieved fellow and more experienced outplacement agent Carl Watson, is there to guide her. But Carl is dealing with his own trauma and finds it difficult to handle the pain the orphans are dealing with.
Through tears and laughter, everyone on the orphan train has a lesson to teach about love, life and loyalty. And Bridget finds a new, unexpected calling. Every child deserves a happy home and Bridget is determined to do whatever it takes to ensure that happens. No matter what the cost…