It’s been 1 day since I bought a plant. Yup, my count had to reset itself. In my defense it was a Helleborus on sale for $8, and those things don’t come cheap. I don’t even have a spot for it and Winter is all but gone around here. It is still pretty cold at night at around 39 degrees, but the days are pretty nice. I am seeing the bulbs I planted popping up and I even have a daffodil in bloom. I see them blooming all over the place which is putting me in the mood to decorate for Easter. The only problem with that is the decorations are in the attic. If I go up there I will want to organize it and then you won’t see me for two days. I will just be the monster in the attic growling and thumping about. The only thing that gets me out of the attic is hunger. Even then it has to be really good food, and unfortunately I haven’t gone to the grocery store in a while, so we don’t have anything super tasty. Okay, grocery store first, and I will leave a plate of cookies at the bottom of the ladder to the attic to lure myself out. Smaaaaart. 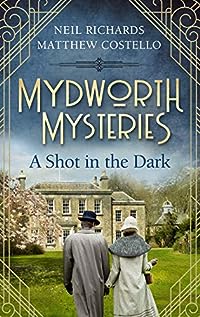 From the authors of the best-selling series CHERRINGHAM

Sussex, England, 1929. Mydworth is a sleepy English market town just 50 miles from London. But things are about to liven up there, when young and handsome Sir Harry Mortimer returns home from his diplomatic posting in Cairo, with his beautiful and unconventional American wife, Kat. No sooner have the two arrived, when a jewel robbery occurs at Harry’s aunt’s home – Mydworth Manor. The police are baffled and overwhelmed with the case. But Harry and Kat have an edge in the hunt for the dangerous culprit: not only do they have certain useful “skills” they’ve both picked up in service of King, President and Country, they also have access to parts of English society that your average bobby can’t reach… 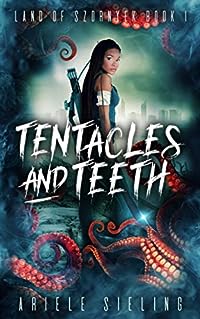 Tentacles and Teeth (Land of Szornyek Book 1)
by Ariele Sieling

The apocalypse wasn’t what anyone expected–no rising flood waters, no zombies, no nuclear bombs. Instead, monsters. Their sudden invasion left the world in shatters, and now, decades later, all that’s left of human civilization are a few nomadic bands struggling to survive off the land.

Askari was born to this world, and lives, fights, and survives alongside the community that raised her. But when she breaks one too many of the community’s rules, her punishment is severe: leave.

Armed with her bow and blade, Askari sets off alone, guided only by a map and the promise that if she can find a book hidden in a nearby town, then she can return. But what can one person do alone in such a harsh, violent landscape? How will she survive?

Askari faces a challenge that will force her to learn not only about the world she lives in, but question what she believes about herself. 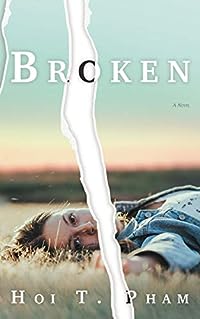 An ambitious woman.
A dysfunctional family.
A workplace sexual assault.
Will Sophia overcome the odds or will she be broken?

Sophia is a hardnose, no-nonsense career woman. She doesn’t have time for the idiots in her life: her work colleagues, her parents, her brother – especially her stupid brother. She needs to escape.

When she is promised a coveted promotion at work, her world is about to open up, and it is her chance to finally escape the family who have long held her back. But there’s no such thing as a free lunch and her boss knew just how she can repay him.

At a conference. In his hotel room. Alone.

Pushed around by the firm to which she has dedicated her working life and encumbered by her brother, Sophia’s journey challenges her to reconnect with those around her and tests her all-too-human limits. 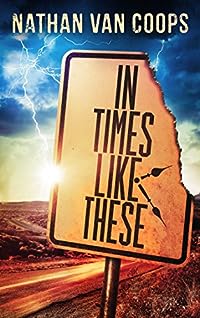 In Times Like These: A Time Travel Adventure
by Nathan Van Coops

They have a dangerous past. They just haven’t lived it yet.

“We broke something. How do you break time? Can something so bad happen that you fracture the world?”

Benjamin Travers has been electrocuted. What’s worse, he and his friends have woken up in the 1980s.

As the friends search for a way home, they realize they’re not alone. There are other time travelers, and some of them are turning up dead.

When Ben meets an enigmatic scientist and his charming, time-traveling daughter, salvation seems at hand, but escaping the dangers of the past may lead to a deadly future.

If he hopes to save his friends, Ben must learn to master space and time, and survive a journey where past and future violently collide. 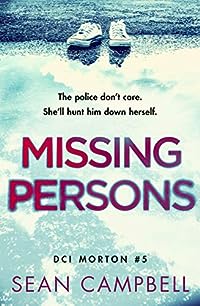 Detective Inspector Rafferty never could say no. If someone asked her for help, she gave it. No ifs or buts.

When a troubled girl from Rafferty’s past calls asking for help to find her missing boyfriend, Rafferty can’t stop herself rushing to the rescue. She has to find him, get him home safe, and do it before Morton loses patience.

It wasn’t the first time Rafferty went out of her way to help somebody.

But it would be the last.

Missing Persons is a standalone novel in the DCI Morton series.