With everyone in the family working and going to school from home, it’s hard to get any alone time. Don’t get me wrong, I love having my hubby and baby bassets with me, but sometimes I just want a little alone time. Here is a little tip for anyone who wants to get away, but not seem like you are pushing people away. Pick a store no one but you likes and ask if anyone wants to join you. 99.9% of the time they will say no, and you are off on your way guilt free. My store is Michael’s Crafts. That’s where I am heading right now. Happy Thursday everyone!!! 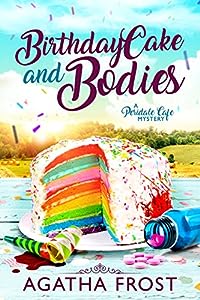 When Julia gathered Barker’s family at Peridale Manor for his surprise birthday party, she did not expect it to result in murder! Minutes before the celebration is scheduled to begin, Barker’s nephew, Luke, is found strangled in his bed, putting an end to Julia’s dream of a quiet family get together. Only one of Barker’s family could have murdered the young man, but which one?

Thanks to a botched burglary in the village, the police station is clogged up, forcing Barker to go rogue with Julia. He shuts down the manor, vowing to solve the murder before sunrise, but will he be able to pin the murder on one of his brothers or their wives? Julia quickly discovers that each member of his family has a secret, but which one led to Luke’s death? In a race against the clock, Julia must dig up the past, but can she uncover the truth without tearing Barker’s family apart forever?

Book 9 in the Peridale Cafe Cozy Mystery series! Can be read as a standalone but will be enjoyed more as part of the series. A light, cozy mystery read with a cat-loving and cafe-owning amateur female sleuth, in a small English village setting with quirky characters. Written in British English. No cliffhanger, swearing, gore or graphic scenes! Contains mild peril. 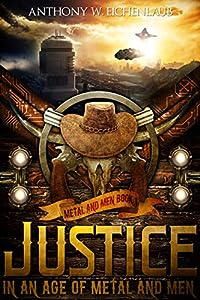 Justice in an Age of Metal and Men: A Cyberpunk Western Adventure
by Anthony W. Eichenlaub

Get justice or get dead. Sheriff J.D. Crow will hunt justice at all costs no matter where it wanders across the ruined Texas wasteland.

When a rancher is murdered outside the town of Dead Oak, things aren’t so simple. All the tech in the world won’t find this man’s killer, and even J.D.’s old-fashioned tracking skills are put to the test. When he uncovers lies and conspiracy all across the Texas ruined by tech, he has to wonder:

Is this justice, or is he just staring down the barrel at revenge?

Justice in an Age of Metal and Men is a fast-paced cyberpunk western. 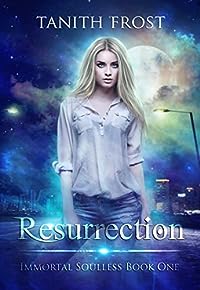 Her gifts will be her salvation… or her downfall.

No one gave Aviva a choice about becoming a monster. Since the night of her murder she’s been forced to accept a new reality — burned by sunlight, dependent on the blood of the living, searching for her place in a dark world she didn’t believe existed until she awoke as a vampire.

She’s still struggling to accept her fate and master her dark powers when the news arrives: rogue vampires are torturing and killing human residents of the city, threatening the secrecy and uneasy peace of the supernatural world.

As the hunt begins, Aviva’s deliciously distracting trainer, Daniel, helps her seek out her unique strengths. The gifts she discovers are shameful in the eyes of vampire society — and they may be the only thing standing between a pack of ruthless paranormal killers and the unsuspecting humans they prey on. 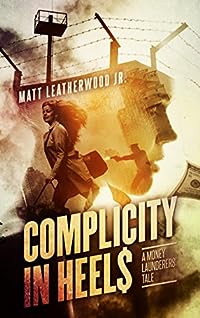 Nikki Frank just walked out of prison and into a limousine. The money launderer and former informant for the Feds wants nothing more than to reconnect with her disabled brother. Instead, Spence Taylor pitches her a monumental scheme that could set them up for life. When Nikki learns her brother’s medical expenses have sucked their trust fund dry, she takes the gig and goes back under cover.

As the money brokering gig grows more and more complex, she learns the scheme could bring down the entire world economy. Can she assess the real risk, alert the Feds, and save her brother’s future all without blowing her cover?

Complicity In Heels is a money laundering thriller that will have you on the edge of your seat. If you like fast-paced plots, realistic crimes, and sexy suspense, then you’ll love Matt Leatherwood’s debut novel. 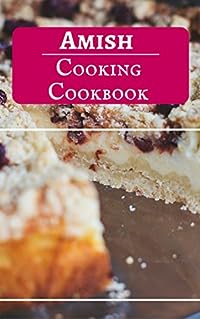 Includes A Wide Variety of Delicious And Authentic Amish Recipes!

The Amish is perhaps most well known for their old fashioned life style, and avoiding the modern world. But many do not know that they are also known for their tasty dishes and cooking. They have very distinct recipes, which you will see in this cookbook.

This Amish cookbook is a collection of some their best and most unique dishes. The recipes in this cookbook a collection of traditional Amish recipes that have been passed down through generations.

You can now enjoy these recipes for yourself without having to live without technology or ride a horse buggy. We hope you enjoy these delicious Amish recipes!