It’s The Thought That Counts

I didn’t buy a plant…or two. I bought seeds. That is completely different. I went for dog food and I came back with dog food and seeds. There is truly no hope for me is there? I don’t even know if I am going to plant them. I just really liked the picture on the package and the “Thought” of them. Maybe I will make a scrap book with just seeds. I remember, years ago, while I was moving into a new neighborhood, the neighbor across the street, a tiny little old lady, invited me into her home to look through her scrapbook of vacation pictures. She had been to China, Africa, and so many other wonderful countries. Yet all the pictures she had were of the inside of the hotel room. The TV, the bed, and the nightstands. I was confused as to why all the pictures were of the hotel rooms, and not the places outside that I am sure were wonderful and exotic. Must have been because she was too busy enjoy the places and didn’t want to spend the whole time looking through the camera lens. Just a thought. 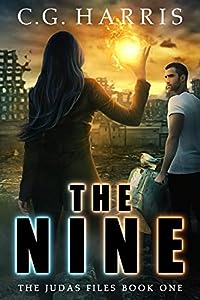 The Nine (The Judas Files Book 1)
by C.G. Harris

Gabe has carved a successful niche into his arctic afterlife, but when Judas Iscariot makes him an offer he doesn’t dare refuse, Gabe must leave behind his black-market Twinkies and bootleg Dr. Peppers to become a double agent for the most dangerous organization the world has never heard of.

Easier said than done, especially when his skill set is limited to irritating quips and an eye for button-fly jeans. To make matters worse, his new partner, Alex, is a beautiful, hard-as-nails agent who wants nothing to do with him.

Gabe must figure out how to work with Alex, stop a deadly pathogen from being released Topside, and do it without botching the mission or revealing his true identity. If this unlikely hero can’t figure it out before disaster strikes, facing the wrath of Hell will be the least of his worries…

If you like snarky characters, witty banter, and dark humor, then you’ll love The Nine, the first book in the action-packed Judas Files series. (Think Dresden Files against the backdrop of Hell). 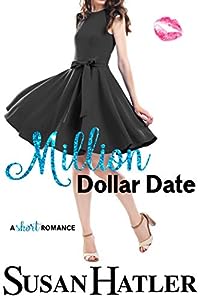 A lighthearted tale that will make you smile & let you believe that dreams really do come true.

Abigail Apple is running late to meet her blind date when she’s pulled over for speeding. Unfortunately, the follow-the-rules cop doesn’t care that she’s late, let alone that she’s heartbroken because her favorite dog rescue is in danger of being closed. Now she has to meet her date with mud drying on her heels, dog hair covering her dress, and the smell of a barn perfuming her hair. When she arrives, however, Abigail learns her handsome blind date is none other than the cop who pulled her over.

Abigail has no intention of staying until she learns Cooper Hill is heading a committee for the city that will award a six-figure donation to a charity of their choice. So, what’s a girl to do? Abigail decides a second date is the perfect way to convince Cooper to vote for the dog rescue. Soon, however, Abigail is less interested in Cooper’s vote than she is in his deep voice, kind heart, and tender touch.

Will this follow-the-rules cop and this follows-her-heart animal lover learn that despite poor first impressions, second chances can lead to love? 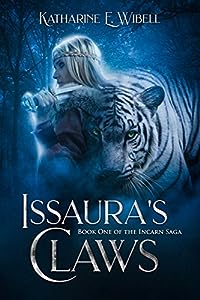 According to legend, when the world was young, the goddess Issaura appeared among men. Those who treated her with kindness received the gift of the gods — the ability to transform into an animal form. This was a great honor but one that separated this race from other humans. Before Issaura departed the mortal realm, she promised to return if her people were ever at the point of destruction.

Now a threat is rising from a land across the mists of the ocean, a threat that will push this race to the brink of extinction. Responding to the call to war, seventeen-year-old Lluava heads off to find her destiny, one that will carve her name in history.

The Kingdom of Elysia consists of two races: the dominant race of humans and the native race of Theriomorphs who can shift into animal form. Although law dictates equal treatment, they neither like nor trust each other. Now brutal and ruthless Raiders are approaching; there is only one chance to defeat them. An army must be raised and trained. An army where each human will be paired with a Theriomorph partner. An army that must fight as one to defeat their common enemy.

Women are not warriors. However, Lluava is not like other women – human or Theriomorph. Her animal form is a magnificent beast whose power and fury she must learn to control. Although Lluava endures intense physical training and strives to overcome the doubts of the male recruits, she faces an unexpected adversary in the commanding general who seeks to break both her spirit and her body.

At the paring ceremony, Lluava is humbled when presented with a unique and ancient weapon. Yet she becomes distraught and angry when her human partner is revealed. If they fail to trust each other, the consequences will be devastating. Death and destruction are on the horizon and time is running out.

The Incarn Saga is a young adult fantasy series inspired by ancient myths, filled with fast-paced action and adventure, and enriched by an understanding of animal behavior that defines the shape-shifting Theriomorphs. 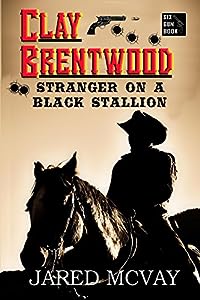 THEY HAD LEFT HIM FOR DEAD
For two and a half years, Clay Brentwood has been trying to catch up with the men who shot him in the head and left him for dead. It wasn’t bad enough that they burned his ranch to the ground and stole his horses and cattle, but they also took it upon themselves to rape and then
murder his pregnant wife… and for that they had to die.

Can so-called ‘Superfoods’ really help you be healthier and feel better? Good question.

Author, Donna Davidson, is often asked, “Can learning how to make chocolate recipes and homemade chocolates from a costlier raw, organic version of chocolate really be so much better for you?” Or, “Can Cacao and other so-called ‘superfoods’ seriously contribute to a low cholesterol diet or help someone trying to achieve weight loss, or battle debilitating health problems?”

Actually, that’s exactly what happened for me. Today, 5 years on from my first tentative superfoods ‘experiments’, I’m healthier and feeling better than I had felt for years, in my ‘pre-superfoods’ days. And I’m not alone.”

Here are just 3 stories from ordinary people trying out superfoods for themselves:

Annemarie: Nick, my husband, has been using the green smoothie powder and is really noticing the benefits – he is a landscaper so needs the energy – plus he has sinus problems and this has really helped with that as well. Brilliant.

Sigrid: Still going strong with the smoothies and have one most days. Really like them and I think they are helping me cope with the stresses of my current life – very sick husband, work, coping with ten staff, visitors and the rest of the daily grind.

Michele M: I am having a smoothie every morning and my Green Smoothie Shot and the great thing is, I have been able to stop taking the Laxsol tablets that I have had to take for years. I decided to stop taking them straight away because they aren’t life threatening (just uncomfortable if this didn’t work) to see if the Chia seeds and Green Smoothie Shot made any difference immediately. I’m pleased to say it has and I’m (as) ‘regular as clock-work’ without medication… wahoo! Now for the extra good news, I have lost 2kgs in just under 2 weeks of using the Chia Seeds, Cacao Powder and Green Smoothie Shot – so the products are obviously cleansing my body well. I’m using all natural 100% pure coconut water in my smoothies and a frozen banana which is awesome. Thank you so much for your recommendations and supplying such great products.

These stories are fairly typical of the feedback we get from people open enough to give superfoods a go. Over the past 5 years, I discovered I have a hidden talent for persuading superfood sceptics to give them a try – by simply relating my own story to them. Almost all reported experiencing the same increased sense of well-being and improved mental acuity that I’d found; while others also gained relief from persistent and debilitating health issues – which I similarly achieved after adding superfoods into my regular diet (not changing anything else in my diet at the time) by the simple means of drinking a delicious green smoothie every morning.

Donna and Kay both agreed that Cacao would be the perfect superfood for book #1 – because everyone loves chocolate right? And healthy, or certainly healthier, ways to enjoy chocolate have got to be a great addition to any chocolate lover’s recipe book collection. So, with Kay cracking the whip and Donna creating, making, baking, eating and perfecting the recipes, this ‘Discover Superfood Series #1: 21 Best Cacao Recipes’ was born.

Kay says,”Just try some of these wonderful Cacao (natural organic chocolate) recipes for yourself and I think you’ll love them as much as we do! Enjoyed in moderation, (for sadly, you can even eat too much raw organic chocolate) these 21 best cacao recipes will be a lot healthier and better for you than the sugar and chemical-filled, commercial chocolate products at your local supermarket.

This book (and the rest of the Discover Superfoods Series to come) is designed to be an easy introduction to superfoods; simple recipes, easy to make, absolutely delicious. If you downloaded this book you are either a ‘superfoods newbie’ or an existing fan looking for some new ideas. Either way this book is perfect for you.