I See You Fuzzy Buddy

The weather has finally started to warm up and I am so excited to say that yesterday was the first time I saw scout bees checking out the bee bait boxes I had put out in my yard.  They are looking for suitable new homes for when their queen decides it’s time to swarm. Last year I caught over eleven swarms in my or my neighbor’s backyards, all within two weeks. It was very exhausting, but exciting as well.  Unfortunately all but one of those swarms survived last winter. I was feeling pretty horrible about that, and lost all desire to continue beekeeping, but apparently there were a lot of beekeepers who lost an unusually high number of colonies. So it might not be me? SHWEET!!! So with a renewed enthusiasm I am on bee swarm watch again. 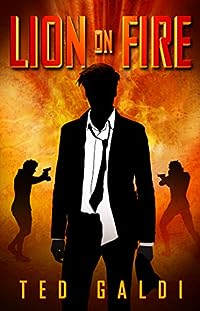 Lion on Fire: A casino-heist thriller
by Ted Galdi

Brian, a clean-cut, recent college grad, takes a job with the mob. He works in an illegal New York City casino to raise cash to help his brother out of a jam. But the plan derails. And Brian is forced to team up with a charismatic co-worker to rob the Russian gangsters who run the casino.

Then you’ll love Lion on Fire by Ted Galdi, an Amazon #1 bestselling author who’s won Reader Views and Readers’ Favorite awards, and been featured by FOX, ABC, and iHeartRadio.

Get your copy of this hit book today and plunge inside New York’s underworld with two unlikely criminals who’ll have you cheering for the robbers instead of the cops. 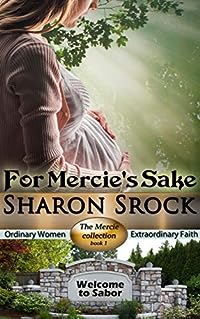 Sixteen-year-old Scottlyn Rich survives a horrifying experience only to discover she’s pregnant. When she refuses to abort her unborn baby, her father kicks her out. She has no idea how to handle the obstacles ahead, she only knows that giving her daughter, Mercie, a chance to live is the most important thing she’ll ever do.

Widowed schoolteacher Diana Kensington lost everything she held dear the day her husband’s plane fell out of the sky. Four hundred and thirty-nine days later she still has no answer to her daily prayer. “What now, God?”

When Scottlyn shows up in Diana’s class, Diana sees an open door. Can trust be built between these two lost women? Can they work together to fill the void in each other’s lives, for Mercie’s sake? 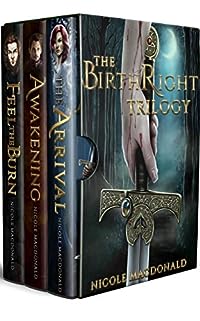 Discover a world you’ll never want to leave
FREE on KindleUnlimited! In a candle lit living room four women dabble in the occult, unaware that within each of them lies a power, dormant, waiting. But what seems like a harmless spell bridges the gap between our world and another. A world where myth is reality and sword and sorcery rule. Thrust into this strange new land the four friends soon find themselves caught in the midst of a war between two archaic families; a war in which their unique powers make them the ultimate weapons. Or the ultimate prize…
This set gives you three full length novels (approx. 345,000 words), the complete BirthRight Trilogy. 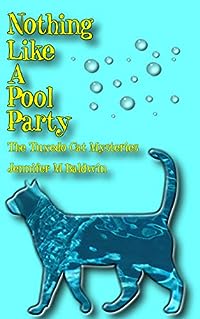 Nothing Like A Pool Party: The Tuxedo Cat Mysteries
by Jennifer M. Baldwin

Crystal England just wants normalcy. Her world has been turned sideways by a nasty divorce. She’s starting over by going back home. With her daughter, Izzie, and her cat, Bonnie Boo, Crystal is working to create a peaceful home and life. But when Bonnie Boo discovers a body in the backyard pool, that dream of normality is shattered. Now, Crystal must discover who the body in her pool is and why that person is there. With the help of her housekeeper, Mrs. Carpenter, and her childhood friend, Tony, Crystal will dive head first into a world of cover ups and murder. Will Bonnie Boo and Crystal be able to unravel this mystery and point the finger (or paw) at the murderer?

The Immortal of Persia I: From Argos to Persepolis Book 1 (Ancient Persia)
by Alexios Fini

The desire for revenge was a prison that one builds to contain themselves. Freedom could only be found in forgiveness.

His Xiphos in one hand and Sagaris in the other, riding on Immortal’s Chariot Scythe, with vengeance in his heart. He has one goal and one goal only, to bring wrath on those who took away his childhood, his family and his land.

His name was Perseus, after the great hero of legend. Captured and brought into slavery, Perseus tries to become a warrior worthy of his namesake, with one true goal in mind: seek vengeance on those who brought suffering to him and those he loves. While he seems destined for greatness, many trials will test his courage, strength, and honor.

The Immortal of Persia is a tale of treachery, abuse, hatred and revenge and how all these things were defeated by honor, wisdom, and love.

Will Perseus prevail or he will be denied his vengeance?
Will Spartans be safe while Perseus walks the earth?