Happy St Patrick’s Day!!! I purposely didn’t wear green so hubby would pinch me. He is not finding my antics amusing. He also doesn’t appreciate my day drinking. It’s just fruit punch Crystal light mixed with soda water, but I keep trying to kiss him with my Crystal light red stained lips and I am just getting annoying. You married this hubby!!! 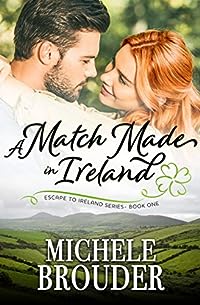 A Match Made in Ireland (Escape to Ireland Book 1)
by Michele Brouder, Jessica Peirce

Have you ever wanted to press the escape button on your life?

Ruth Davenport writes about romance and happily ever after. But not from experience. After a heartbreaking rejection, she decides a change of scenery is needed. On a whim, she thinks Ireland is the place to go to write her next book. But when she arrives, everything that can go wrong, does. In the middle of the night, she lands on the doorstep of an Irish pub in the middle of nowhere belonging to an enigmatic Irishman.

Sean Hughes needs a woman under his roof like he needs a hole in the head. His policy is to steer clear of all women in general. Besides, he’s too busy running a pub and getting his dream business up off the ground. He has no time to be helping pretty tourists. But he needs some quick cash and she needs accommodation.

A deal is struck that suits them both. As they spend more time together, they begin to see the other in a different light. Can they overcome their fears and take a chance on happiness? 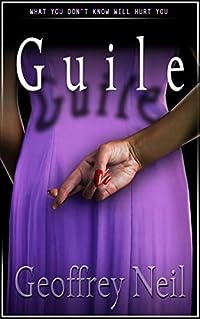 What you don’t know will hurt you.

Ian Shaw’s life is spiraling out of control. His loved ones intervene, sending him to a posh resort that promises a luxurious recovery. But something about the treatment center’s staff and other patients isn’t quite right. The secret location contains none of the high-end amenities featured in the brochure. Ian soon discovers that nothing is as it seems, and his stay will demand a horrifying price. If he can’t find a way to escape a masterfully-deceptive scheme, his loved ones will never see him again.

Take a heart-thumping ride through this unpredictable, dark thriller. When you finish Guile, you’ll trust no one. 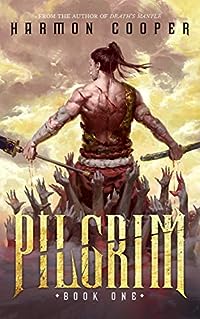 A former assassin. An unspeakable past. A new beginning.

Abandoned at birth and raised to be an assassin by the mysterious Diyu Brotherhood, Danzen has had enough of the life of a contract killer.

But escaping his past is as impossible as running from his inner demons…
In the remote and mystical Suja Valley, the farthest corner of the known world, it’s only a matter of time before trouble comes hunting him… Or he spills a drop of his own blood.

Pilgrim is a xianxia cultivation novel, inspired by the Witcher books, John Wick films, the Inuyasha anime, the Preacher comics, and the movie Yojimbo. Now available as an audiobook! 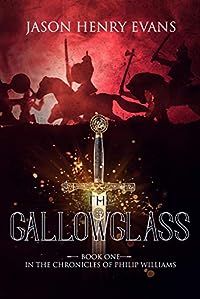 The Gallowglass: Book One in the Chronicles of Philip Williams
by Jason Henry Evans

Lieutenant Philip Williams thought his career as an English mercenary was over after surviving the sack of Calais by the Spanish in 1596. If only he knew his troubles were just beginning. While recovering in a hospital in Antwerp, a distant relative arrives to dangle an irresistible offer in front of him: The Royal Irish army. All of Ireland is in an open revolt and Queen Elizabeth is going to war. The time to strike is now. As the army trains in Dublin, it will need experienced English officers to lead it. Buoyed by the chance to fight for Queen and Country, Philip accepts, bringing along some old friends who also survived Calais. Once in Ireland, Philip meets two Irishwomen. Nualla asks for his aid while Colleen asks for his heart. Will he be able to protect either of them from the coming violence? As Philip trains his new company, old grudges tear at the fabric of the army. Meanwhile Irish rebels and Scottish mercenaries raid and the survivors whisper the name of a monster: Solomon Red Beard O’Donnell. Will Philip and his friends have enough time to turn Irish peasants into soldiers? If they don’t Solomon Red Beard will spread the rebellion and Ireland will be lost. 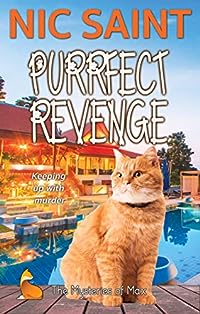 Purrfect Revenge (The Mysteries of Max Book 3)
by Nic Saint

Keeping up with… murder

Blorange tabby Max and ragamuffin Dooley are on the case again. This time a world-famous reality star has been found murdered in her own bed, and it looks like the crime just might be terror-related. The Kenspeckles, stars of the well-known reality show Keeping Up with the Kenspeckles, are in town to film a new season of their show, so the case soon turns into a complete media circus, with the Kenspeckles insisting the entire investigation is filmed for their show.

Odelia Poole, Hampton Cove’s premier reporter, teams up with Detective Chase Kingsley to catch the killer, but with cameras filming their every move, and every Kenspeckle a suspect, they’re not making a lot of progress. Good thing Odelia’s cats Max and Dooley can sneak around undetected, tracking leads and hunting clues. But first they have to pacify Shana’s French Bulldog Kane, who just might be in possession of the clue that breaks the case. And they have to outsmart Chase’s black tabby Brutus, who has his own reasons to find the killer.

Will Max and Dooley solve the case? Or will Brutus beat them to it? And will Dooley finally get to first tail with Harriet? Find out in Purrfect Revenge, the third installment in the funny cat mystery series The Mysteries of Max.