From The Darkness They Come

This collection of pulse-pounding thrillers by bestselling authors David W. Wright, Sean Platt, and Nolon King is a must have for fans of Dexter, Silence of the Lambs, and Seven. Enjoy!

Would You Go Through Hell to Save Your Child?

After years of struggle, Henry Black finally had it all — a loving family and a thriving career as a comedian. Then in one night, it was all ripped away from him when three men murdered his daughter, and ended his world.

But death isn’t the end for Henry. When given the chance to return to his wife, he accepts. Except he’s no longer the man he was — or even a man at all.

To match his sins, Henry’s body has been twisted and his mind thrust into darkness.

But the closer he comes to the truth of that fateful night, the more he leaves his humanity behind. Henry is caught in the war between Heaven and Hell and forced to choose between the two things he cares about the most: Vengence and the chance to save his daughter.

Can Henry redeem himself and save his daughter, or will he be damned for all eternity as monstrous? 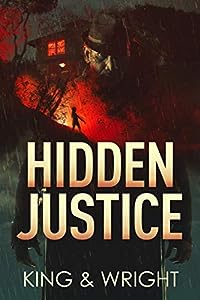 Frank Grimm is a retired detective who breaks into his neighbors’ homes searching for clues to find the man who murdered his daughter. What was once an unrelenting obsession in solving a crime has turned into something else — Frank breaking and entering, vicariously living through their lives, searching for a connection to anything.

One day he finds something waiting for him — a letter from a teenage girl who knows what he’s doing. It also says one other thing:

“Help, my father is raping me. Please kill him.”

Frank must decide how far he’ll go outside the law to save a child from a monster.

But his former ally, detective Mallory Black, is tracking his every move — she believes he escaped justice once, and she is not going to let it happen again.

Detective and ex-detective find themselves on a collision course as their lives are torn apart by their obsessions for delivering justice, no matter the costs. 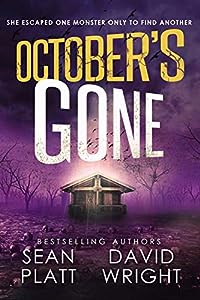 From the bestselling authors of Yesterday’s Gone, Karma Police, WhiteSpace, and more comes a new tense post-apocalyptic thriller that will leave you guessing until the very end.

On October 15, Elizabeth Coombs wakes up from one nightmare to find herself in another…

Her husband and son have gone on a midnight fishing trip and the world outside has changed in subtle but unmistakable ways.

There’s a freak storm, strange lights in the sky, sounds that don’t seem right, and something lurking outside her rental cabin — something that should not be.

At first, Liz tries to tell herself it’s all in her head, symptoms of her mental illness, symptoms she tries to treat with pills. The same pills her abusive husband derides her for taking.

Maybe she’s just on edge because, in two days, she secretly plans to take her son and leave with her best friend, going far away where her husband can never hurt them again.

Everything will be okay, she tells herself.

But then her son returns home alone with no idea where his father is.

Just one problem, she knows her son is lying.

The boy KNOWS what happened. Why isn’t he telling her?

October’s Gone is a new stand alone book written within the multi-dimensional, post-apocalyptic world of Yesterday’s Gone. Read it today! 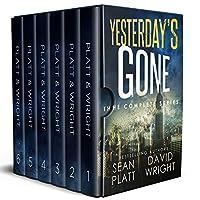 The breakout horror/sci-fi series with over 1,000 5-star reviews is back and in a single collection for the first time.

They thought they were alone. They were wrong…

A handful of scattered survivors wake to find the world empty of friends, family, and neighbors.

Among them, a child searches for his family. A special agent turned enemy of the state survives a fiery plane crash with no way to reach his daughter. A serial killer discovers he’s no longer at the top of the food chain.

Now these strangers must find the strength inside them to weather the new world.

But they are not alone.

In the absence of civilization, a new threat emerges. In the stillness, it waits and watches, preying on their weakness. Their only hope is to find more survivors, rise above their fear, and face the oncoming darkness.

WARNING: This is a post-apocalyptic horror story where bad people do evil things, and as such, this series features disturbing scenes and foul language. While it is all within the context of the story, some listeners may find this content offensive. 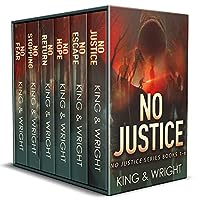 From the bestselling authors of Yesterday’s Gone and Pretty Killer comes the unforgettable thriller series that blends mystery and suspense into pulse-pounding revenge-seeking, serial-killing action.

Where her law ends, his justice is only beginning…

Detective Mallory Black’s world was shredded when her daughter, Ashley, was murdered by a serial killer with an unspeakable fetish and the truly twisted desire to carry it out.

Jasper Parish is a vigilante who punishes killers that have escaped traditional justice. Relying on the psychic visions of his daughter, he wages war from the shadows, doing what the police can’t — or won’t — do.

Hero, killer, and vigilante are on a collision course in a world where there is no justice… unless you’re willing to risk everything in the pursuit of your own.